Hill Therapy – Who Says you Have to Sit to Meditate 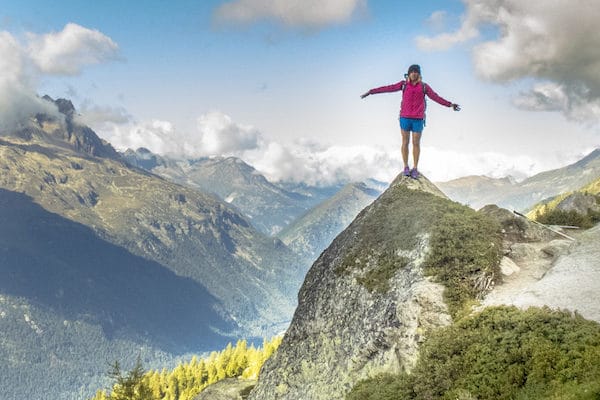 Yesterday morning I was sitting with Austin and a few friends in the bus as rain pelted the metal roof. We were talking about the breakfast I was making, music we listened to the night before and the transcending meditative state that movement–particularly dance–can provide under certain circumstances, after a certain length of time, under a certain mindset. We called it nutrition. Full-body-soul-connecting nutrition. A different type of nutrition than what comes up almost daily in my conversations since I am studying nutritional therapy. But an important nutrition just the same.

Having been a dancer most of my life, I’m intimately acquainted with this type of nutrition. But dancing, I have discovered, isn’t the only place to soak it in. Running, it turns out, is an equally powerful source … if you allow it to be one. It’s not as easy as it sounds. It often takes literally stepping back from everything that you think running is—removing all labels of what constitutes a run, what it means to be a runner … all the way down to even removing the act of running as a form of exercise. And simply letting running be movement. In the same way that dance is movement. In fact, let it be dance. Or, more simple still, let it be.

I know there are all kinds of “running as meditation” practices out there. I’ve never read much about any of them. Call me stubborn or anti-establishment if you want (it’s my Aquarius nature), but the truth is, I thrive on discovering things organically in a trial-by-fire fashion that sometimes results in chaos. But thankfully, many times, in bliss. As was the case when I discovered what I call Hill Therapy.

OK, I need to back up a minute because you may be wondering why I would even think to relate meditation to hills, those painful calf-crushing, earth-coming-at-your-face monsters that leave your lungs begging for more air and your legs screaming with lactic acid. But see, I love hills. I love them so much that I would prefer to run uphill continuously even if that meant I’d receive no downhill running reward. I know a lot of people accept hills—even grow to love them—partly because of the view (if there even is one at the top) and also (perhaps more so) for the downhill that follows.

But me? I couldn’t give a cat’s lick about the downhill. It’s cool, I guess. But what I really love about hills is actually that very earth-coming-at-your-face feeling. It’s the feeling in your legs, it’s the burning in your lungs. And then, it’s the stillness at the top. It’s the view (if there is one), it’s the melding of self and outside of self that makes it all worth it. It is, I suppose, the lesson.

There’s this hill next to the property where we parked our tiny-house bus just outside of Asheville, North Carolina. It’s only .57 miles. But it is between probably a 12- and 15-percent grade the whole way. The first time I walked up it, I was tired. It’s paved and treelined and relatively free of traffic save the occasional pick up truck and stray dog. At the top, for probably the last .05 miles, it turns to gravel under towering trees alongside a nondescript waterfall, sort of tucked away in a fold on the hill.

The first time I ran it, I was panting and ecstatic. I stood gaping at the water pouring over worn down rocks. I took a few minutes to “soak it in” before turning around and, reluctantly, trotting back the way I came. 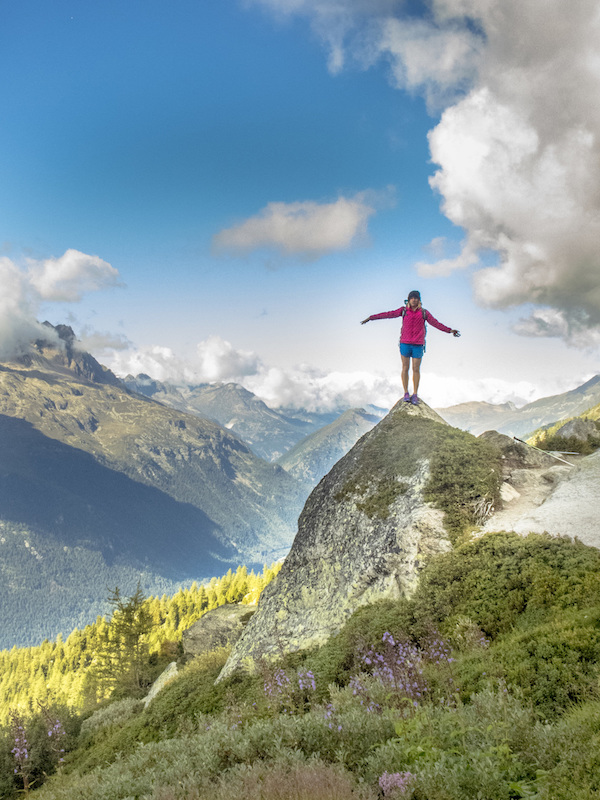 The next day, I did it again. I did it twice actually. A little over two miles. At the top on the second lap I stopped a little longer. I held my right hand over my heart, my left hand over my belly and closed my eyes. I took big deep-belly breaths. I listened to the water. To the breeze rustling the leaves. To the far-off sound of dogs barking. I opened my arms and my eyes and made large scooping motions. Scooping toward my center. I scooped in the trees, the water, the folded hillside, the gravel, even the barking dogs. I scooped it all in and breathed.

The fourth day I was having a rough morning. I’d received some not-so-great news the night before, I’d had an argument, I hadn’t slept well and I felt unsettled. I decided not to do the hill. I reasoned that it was a waste of time, that it was boring and I didn’t like it anyway. I was leaving to meet a friend for lunch in 45 minutes anyway.

But still, I was so worked up that I felt off-center. I felt lost in the air space above my head. I’d left intuition and reasoning behind. I was in a spiral of self-destructing chaos. I went outside and stood there facing the sun for a minute (something I love to do almost every morning) …. maybe hoping it would just give me the answers. … I went back inside and put on my running clothes.

Up the hill I went.

I pushed my anger into the hill. I pushed my frustration into each step. I let it all come bubbling up over and over and I threw it onto the pavement as I pulled up and up and up along an imaginary rope. Higher and higher. The more upset I felt, the more the earth pushed back. The more in-my-face the steep felt, the more I had to soften and relax if I wanted to get up the hill at all. … The more the hill forced me to let go.

When I got to the top, I walked. Slow and deliberate steps as I worked to calm my breathing. I was back on the gravel patch beneath green canopy and alongside the flowing water. The sky was visible, but only in patches between the leaves. I felt completely blanketed within the Earth. Grounded. I scooped my arms again. Two, five, 10 times. I pulled it into my center and breathed the Earth into me. Nothing I felt 10 minutes ago existed. I felt simultaneously completely free and also totally connected.

After several minutes I went back down. I walked some but mostly just let gravity pull me. With each downward pull I focussed on returning to the earth, on grounding, on sinking and rooting into it. With each step, I focussed on stillness. With each step I imagined myself melding further and further into the landscape around me until I felt like I wasn’t even me running down the hill at all.

This time, when I reached the bottom, I turned to the hill and with my hands in prayer, I said thank you.