Homepage / Community / She Didn’t Just Like to Run; She Needed to Run

She Didn’t Just Like to Run; She Needed to Run 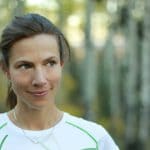 Elinor Fish is a trail runner, writer, speaker and educator who is passionate about helping people reduce stress and live a healthier life through mindful running. She spent four years as the managing editor of Trail Runner magazine and is presently the CEO of Run Wild Wellness, which helps people cultivate more energy and better health so they can live a fulfilling and active lifestyle. Elinor leads running retreats in North America, Europe and Iceland, writes books, articles and offers online coaching using the Mindful Running Training System.
More From Elinor Fish 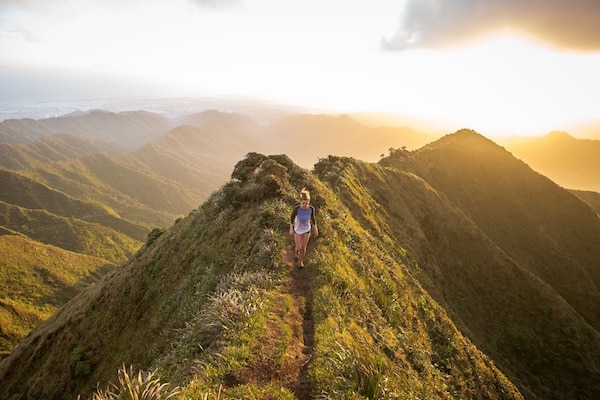 Julia had lost her motivation and couldn’t understand why. “I just can’t make myself go out the door,” she said “Maybe I’m too old to run anymore.” But something in her voice told me that Julie didn’t believe for a second she was too old.

Until this point, Julia had been trying to overcome her inertia by willing herself to run. She tried following all the usual advice: scheduling runs on her calendar, finding a run buddy, running first thing in the morning. But none of these tricks helped her overcome the weight of the sadness blocking her from lacing up her shoes and getting out the door.

During one of our coaching sessions, she described feeling a great deal of guilt about leaving her family and obligations to run. The guilt was like a massive, dark cloud blanketing her running and stifling her energy and—as we discovered later—her voice.

That guilt arose from the fact that her husband, who couldn’t relate to her passion for running, discouraged her from doing it. Not wanting to rock the marital boat, Julia relented, running less and less as the years passed, until she stopped altogether.

But in her heart, she knew she was still a runner. She’d run most of her life, even competed in marathons and trail ultramarathons. Despite her present inactivity, her body yearned for the endorphins of running to a mountain top, for the satisfaction of an exhilarating tempo run on the trail, and for the thrill of reaching a marathon P.R. But most of all, she yearned to be herself.

Suppressing her true nature and desire to run was not only zapping her motivation, but also eroding her happiness and sense of personal power. Julia didn’t just like to run, she needed to run.

I asked her what running meant to her, to which she declared: “Running is good; it makes me so happy. And I don’t want to only run on the rare occasion it doesn’t bother anyone; I want to run all the time!”

For Julia to reclaim her running identity, I recommended she run twice a week while focusing primarily on posture.

Why posture? While it’s common for runners to think about posture in terms of running more efficiently, it has other, even more impactful, effects.

Harvard social psychologist Amy Cuddy says that changing your posture changes how you feel inside. Cuddy has conducted numerous studies indicating that boosting your self-confidence and overcoming a negative mind-state begins with changing your body position.

Let your body tell you that you’re powerful and deserving, says Cuddy, and you become more present, enthusiastic and authentically yourself.

“Although our body language governs the way other people perceive us, our body language also governs how we perceive ourselves and how those perceptions become reinforced through our own behavior, our interactions and even our physiology,” says Cuddy, author of Presence: Bringing Your Boldest Self to Your Biggest Challenges.

Cuddy studied how posture affects the depth and frequency of the breath, which help regulate the sympathetic and parasympathetic nervous systems, which in turn greatly influence how we present ourselves to the world.

Feeling overwhelmed, fearful, nervous and self-conscious leads to postures that are shrinking and contracted. On the flipside, when you feel confident, ambitious, brave and bold, you adopt postures that are tall and expansive.

Cuddy explains that your increased sense of personal power arises from the presence that these expansive postures create. She defines presence as “the state of being attuned to and able to comfortably express our true thoughts, feelings, values and potential.”

Inspired by Cuddy’s work, I offered Julia these running posture tips for enhancing her sense of personal power:

1. Expand the chest by rolling the shoulders back so the scapula move down and your chest “puffs out.” This creates more space between the ribs for the lower lungs to fully inflate and the diaphragm to expand with each breath. Deeper breaths activate the parasympathetic nervous system, which reduces feelings of anxiety, boosts confidence and courage.

2. Carrying your hands high (in front of your chest) is a protective gesture that not only inhibits breathing, but causes contraction through the rib cage and is associated with feeling fearful or timid. Move the hands down and away from the chest until the forearms are parallel with the ground and can swing freely forward and back without crossing in front of the torso. This opening of the upper body and widening of the hands shifts helps you feel braver and more receptive.

3. Stand tall by leaning forward from the ankles while keeping the body straight and not bending at the waist. Lengthen through the spine to elongate the back, making you feel tall and expansive.  A forward-leaning posture connotes courage, ambition, fearlessness. And best of all, it requires trust: trust that you won’t let yourself fall, but rather, you have the strength and confidence to be in a forward-falling position without losing control.

Adopting powerful postures is just one of the mindfulness tools that helped Julia regain her sense of personal power. With practice and conviction, she has reclaimed her identity as a runner and shrugged off the heavy cloak of guilt that had been stifling her energy and motivation.

Elinor Fish is a trail runner, writer, speaker and educator who is passionate about helping people reduce stress and live a healthier life through mindful running. She spent four years as the managing editor of Trail Runner magazine and is presently the CEO of Run Wild Wellness, which helps people cultivate more energy and better health so they can live a fulfilling and active lifestyle. Elinor leads running retreats in North America, Europe and Iceland, writes books, articles and offers online coaching using the Mindful Running Training System.
More From Elinor Fish