Homepage / Community / Rediscovering the Beautiful Simplicity of Playing in the Woods.

Rediscovering the Beautiful Simplicity of Playing in the Woods. 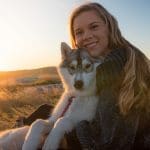 Victoria Weigold is a Marketing Professional from the White Mountains of New Hampshire. You can find her running, hiking, or skiing, usually with her husky, Mika. She’s passionate about the outdoors, writing, reading, and meaningful conversation.
More From Victoria Weigold 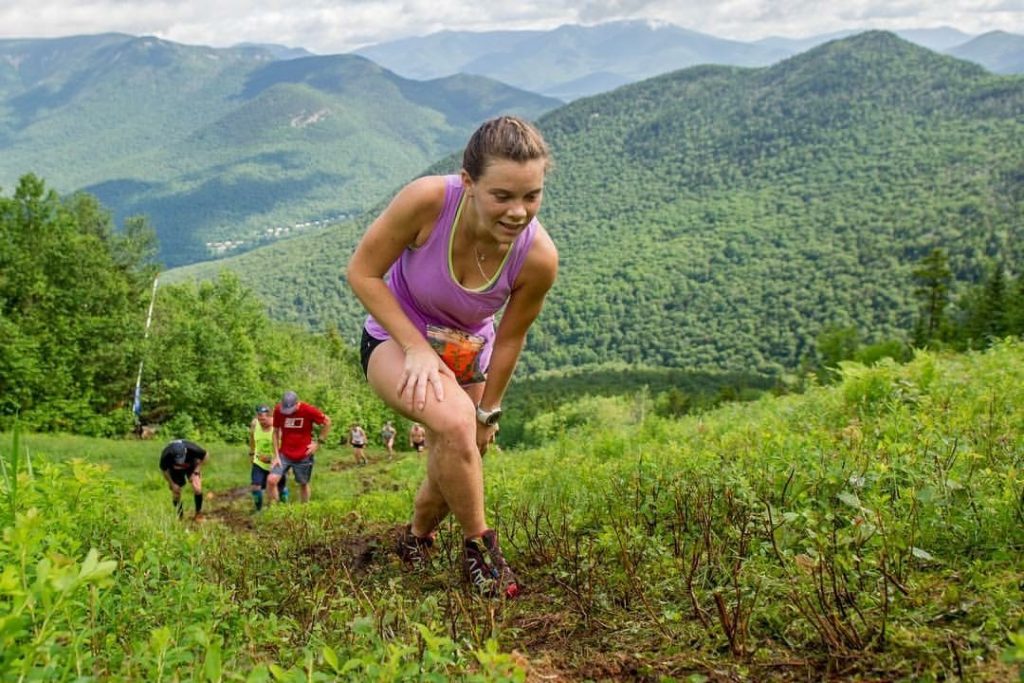 My first memories of running are of my brother and me flying down trails at the end of family hikes. We called it “stump jumping and rock hopping.” Those were the days before insatiable competition, inevitable burnout, and inescapable self-doubt. The days before the sport defined who I am. The only goal was to make it back to the trailhead as fast as we could, no distance, no time, no watches and no worries.

Running is something I have always known. I competed as a sprinter from middle school to college, but walked away from the track team during my sophomore year. A great deal of emotion followed that decision, but most of all, I felt relief. The joy was gone. I began road running to keep in shape and would run the same boring route along the highway, every single day. Somewhere along the way, I burnt out and I was running for all the wrong reasons. I thought, if I ran that much longer or that much further, I’d be that much healthier, skinnier, and happier. I was wrong.

After accepting a job back home in the Mount Washington Valley in New Hampshire, I began trail running, thanks to a coworker and friend. Trail and mountain running has restored the competitive edge I had as a sprinter and brought back the child who loved to barrel down mountainsides. A combination that excites me and offers me the balance I needed all along. Trail running forces me to think and to plan, pushing my limits and providing me with challenges paired with fun, something I don’t think I’ll ever get tired of.

In the last year, I have become stronger, physically and mentally. I have trail and mountain running to thank for that, but most importantly, the people I have chosen to surround myself with on a daily basis. I wouldn’t be where I am today without such a wonderful community. I certainly wouldn’t have the confidence, strength or independence I have now, nor would I have my best friend and husky, Mika.

Although it took me a few months to gain enough confidence to participate in a trail race, and even longer for a mountain one, I never felt out of place when I finally did sign up. The world of mountain and trail running was foreign to me, but the community made me feel like I was home. All of the women and men are encouraging, inspiring, and friendly. The motivation and positivity I have felt and witnessed throughout this journey has been empowering. I am very happy to be a part of something this unique.

What’s really great is that the Mountain Running community consists of people of all ages and abilities. It’s full of like-minded individuals that genuinely enjoy taking on new challenges. I witnessed this atmosphere last summer while racing in the Loon Mountain Race, where 400 plus runners set off to ascend over 3,000 feet of elevation gain. I’ll never forget the pain cave that is the infamous Upper Walking Boss or the sweet sound of the cowbells aiding you up the final ascent and over the finish line.

After a summer filled with races I never imagined I would compete in, I joined the club, acidotic RACING, host of the Loon Mountain Race. This year, the race will also be the National Mountain Running Championships. That may sound intimidating, but after racing in the championship last year, I realized that it remained a race of all ages and abilities with the added bonus of running with and watching the best in the country.

The last time the championship took place at Loon, male runners made up 70% of the competition. In 2018, the race directors want to change that. The goal for the Loon Mountain Race in 2018 is to get more female runners to participate. There are definitely amazing women out there considering a mountain race or a new challenge. For this reason, acidotic RACING and Trail Sisters have teamed up to offer a 50% discount on first time female registrants of the Loon Mountain Race. So sign up and enjoy the outdoors, a new challenge, and meeting some awesome new people!

Click here for all of the details – and spread the word if you can!

Victoria Weigold is a Marketing Professional from the White Mountains of New Hampshire. You can find her running, hiking, or skiing, usually with her husky, Mika. She’s passionate about the outdoors, writing, reading, and meaningful conversation.
More From Victoria Weigold