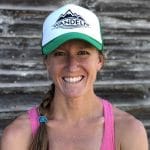 Alyssa Godesky is a professional triathlete, ultrarunner, and coach with TeamHPB. Competing in endurance sports since she was 19, Alyssa has completed 30 iron-distance races and over 45 ultramarathons. Alyssa is based in Charlottesville, VA where she can be found running and hiking the local trails with her dog, Ramona.
More From Alyssa Godesky 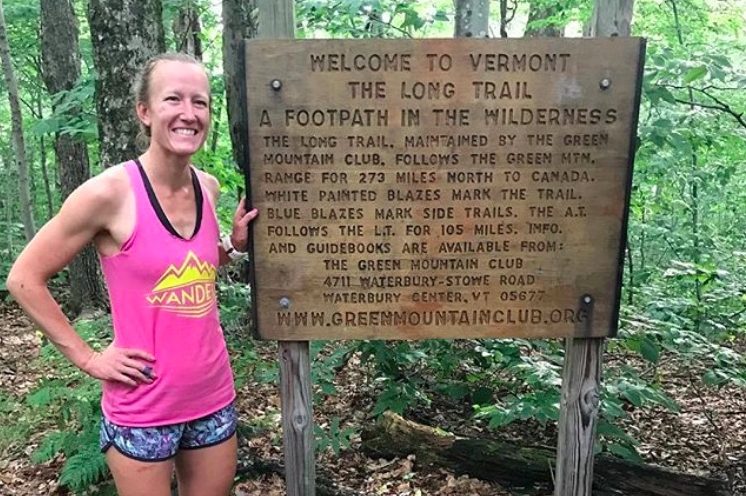 Editors Note: Alyssa Godesky is one of six awardees from the 2018 Trail Run Adventure Grant presented by Trail Sisters, CamelBak and Under Armour.

In a way for me, this story actually begins in 2009. I had qualified to run Western States 100 after placing third in the 2008 JFK 50 mile. Wildly unprepared to be running 100 miles as a 24 year old, but who passes up an opportunity like that? I spent the spring doing my best guess at training, which was to include the North Face Endurance Run 50 mile, at Bear Mountain State Park in May. It was here that I encountered my first taste of what truly technical East-coast trails could be like. Seven hours into the race, I was at mile 27, and decided to call it a day. Had I continued, I think that decision would have been made for me anyway as I was skirting the cutoff times for the last few checkpoints.

Around the same time that I was getting into my friend’s car at mile 27, Nikki Kimball was finishing (and winning) the 50 mile race.

A month later, now June 2009, I ran Western States, again, in over my head a bit. This time, however, I managed to turn things around and finished in 28:09, and I was in awe of the women at the top that day. Anita Ortiz, Krissy Moehl, Beverly Anderson-Abbs and again, Nikki Kimball in 4th.

While I never met her personally, it was easy to see: Nikki was in another league. She was a trailblazer and a legend and anyone who followed ultrarunning knew that if she was on the start line, the men and the women were on alert that day.

Over the next few years, my ultrarunning days transformed more into triathlon days, and my career as a professional triathlete had me running more on the roads. My miles were faster and my legs were getting stronger, but my heart was always on the trails and I enjoyed following the careers of the top women in ultrarunning. I welcomed any break in my triathlon season for an opportunity to play on the trails and hop into a race. To my happiness, I was getting stronger and fitter on the trails, running faster than I ever had before. I’ll come back to this for real one day I kept telling myself.

When Finding Traction came out, I was mesmerized. The trail, the story, Nikki’s gutsy run, all of it! I welcomed the documentary as an inside look into the fastest know time (FKT) process. After hearing stories of Jennifer Pharr Davis, and other thru-hiker adventures, I had always wanted to know more, but this was the first real glimpse I had into a record attempt. Along with the inspiration, I was hung up on a feeling that I couldn’t quite shake: that this could be done faster….this record was beatable.

“But, wait a second Alyssa — you DNF races that Nikki smashes. How are YOU going to beat her time?”

I’m not quite sure which synapses in my brain were misfiring to allow me to think that, but I did. I had a sense that this FKT business was different than a straight ultra. It was a real-life Amazing Race situation, and that is something I am great at. I’m good at doing my homework, and I’m excellent at getting myself really, really prepared. I’m also great at thinking on my feet and dealing with whatever is thrown at me. I’m good at logistics and my body holds up day after day.

Surely though, someone else would come along, seeing the same thing I did in that film. So I waited, and watched the FKT message board — for years! And no one was taking the bait.

Finally, I sent the message to my coach, Hillary Biscay – I wanted to give it a shot. But first, how about I scope out the trail over a week of running in October.

This began a 12 month process of preparation for what would be the biggest adventure and biggest athletic undertaking of my career. It was really fun and exciting to plan for a “race” that had no athlete guide, no “how-to.” The preparations were as much physical as they were logistical, all the while trying to make deposits to the karma powers for the “luck” side of things.

These are the best parts of an FKT attempt! All of these factors level the playing field. So much is in your control: crew planning, training and logistical prep, but there is also a lot that is outside of your control too. Trail conditions and weather, unexpected trail detours, anything can happen. Not only do those factors keep it fun, but they level the playing field. Anyone who wants to train hard and do their homework can take on an FKT run, and they should!

Whenever I let myself think too much, it was easy for my mind to go back to those 2009 races. It was easy to compare myself to Nikki as an athlete, look at our ultra signup scores and see that she has always outperformed me. That was one of the reasons I was really afraid to even announce my intentions! I didn’t want to be judged by the public, I was afraid that everyone else would vocalize my own doubts and I wouldn’t know what to say.

The truth is, I had a feeling that with FKT attempts, race results didn’t matter.  But since I had no FKTs to my name, how was I going to convince people of this hunch?

Well, now I have an FKT to my name and I want to tell you: race results don’t matter. Your crew matters (at least in a supported attempt). Your willingness to train to the environment matters. Your ability to relax and see the big picture rather than just the mile in front of you matters. But race results? Your 50 mile PR? What 100s you’ve done? Nah, those don’t matter.

The first thing I did to set the wheels in motion from taking this to a “I want to do this one day” to “I’m doing this,” was by ordering a map and a bunch of books on the Long Trail. Whatever it is that has been lingering in the back of your mind, order the map. Tell your friends to hold you accountable. Just go for it. Worst case? You have an absolutely amazing adventure that you live to laugh about. It’s worth it!

Thank you to Trail Sisters, CamelBak and Under Armour for supporting me through this adventure. Thank you Nikki, for paving the way and like a true trail sister, cheering for me loudly while I ran. I hope to pass that on one day!

A detailed trip report of how I set the new women’s supported FKT can be found on my blog here.

Editors Note: Alyssa Godesky is one of six awardees from the 2018 Trail Run Adventure Grant presented by Trail Sisters, CamelBak and Under Armour.

Alyssa Godesky is a professional triathlete, ultrarunner, and coach with TeamHPB. Competing in endurance sports since she was 19, Alyssa has completed 30 iron-distance races and over 45 ultramarathons. Alyssa is based in Charlottesville, VA where she can be found running and hiking the local trails with her dog, Ramona.
More From Alyssa Godesky