Finding Belonging with an FKT 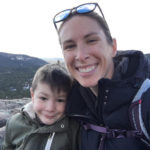 Cristin is a stay-at-home mom to three boys. She explores writing, running, and outdoor adventures near Denver, CO.
More From Cristin Downey 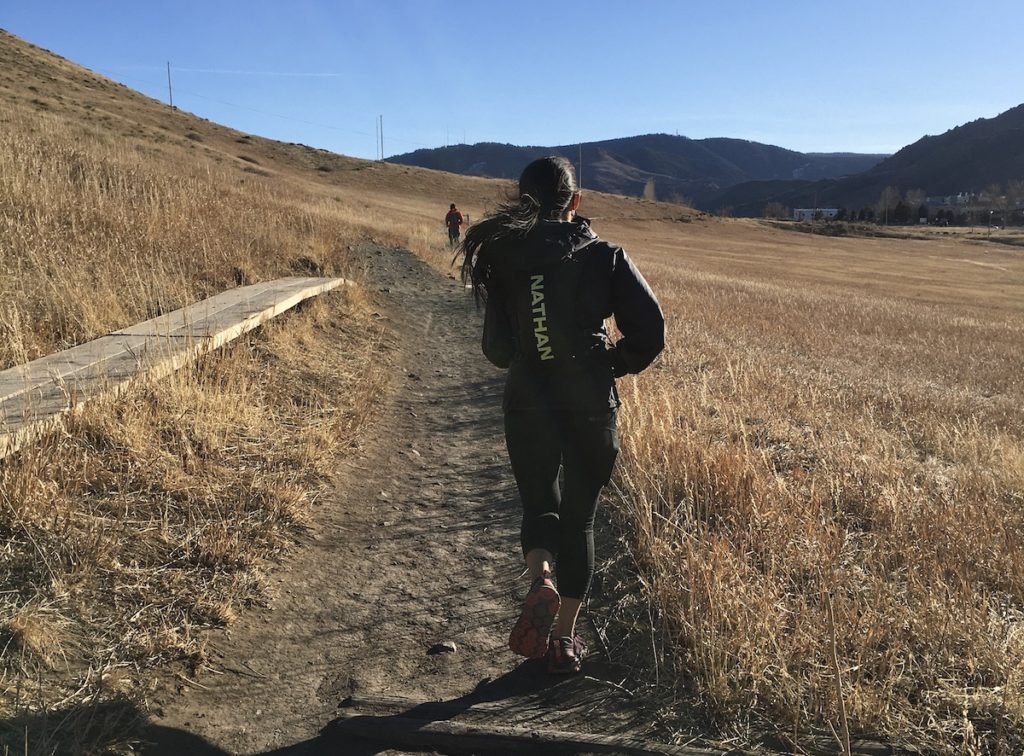 Of all the changes that 2020 has brought, maybe one of the biggest to the trail running world is the incredible proliferation of Fastest Known Times (or FKTs). When races were canceled due to COVID-19, athletes all over the world turned to setting or breaking records on the trails. As of January first, a staggering two thousand, nine hundred seventy-six FKTs were set in 2020, with more still being submitted and verified. It was so inspiring! Athletes were attempting and achieving records left and right. So not too long ago, I found myself clicking around the Fastest Known Time website. I found a local route that was relatively short – just shy of 7.5 miles. There was a record for men, but no entry yet for women.  “Hey,” I thought. “I can do that.”

Approximately half a second later, I encountered some very serious doubt. Who was I to try something like this? I am by no means a fast runner. I’ve been a runner for years, off and on, while I took long breaks for pregnancies, little kids, and a busy life. I am head over heels in love with running trails. But I am not fast. I would have an FKT only by default, for the simple fact of no one else having recorded it. Was that unfair? The very next woman to come along would likely beat my time by a wide margin. Was it even okay to put myself out there, amongst all those other athletes, some of whom are professionals?  Just who do I think I am?

This question is a recurring theme. Just about daily, I have to work hard to remind myself that I am a real runner. Intellectually, I believe that anyone who runs is a runner, no matter their mileage or pace. If a friend were to tell me she didn’t consider herself a real runner, despite loving running and doing it every possible day, I would tell her that’s nuts! I would encourage her to consider that she goes running, therefore she IS a real runner. But when it comes to myself, that certainty is much harder to come by.

Apparently, I am not alone in this. Imposter syndrome can affect elites and back-of-the-packers, and everyone in between. There are some amazingly accomplished athletes who have spoken about imposter syndrome and doubt. It is just so common, something deep inside our minds, that can make even the star athletes feel like they don’t belong. But just as it can affect anyone, it can also be overcome.

Now this is the part in my story where I would like to tell you that I had a lightning bolt of inspiration or some life-altering event that rid me of doubt forever. That I saw professional ultrarunner and badass Courtney Dauwalter on a trail, and she high-fived me, transmitting confidence and self-belief and magic glitter. Wouldn’t that have been awesome? What happened instead was simply that my brain couldn’t let go of this idea. The more I thought about it, the more I returned to how much I wanted to do it. I was hooked, and my passion to complete this challenge was stronger than my doubts. This plan was fun, and a little crazy, and if I could make this happen then what other crazy adventures could I do next? I turned the idea of this FKT over and over in my mind, until I gradually uprooted that feeling of imposter syndrome, because it was all in my head. Every time the doubts arose, I mentally corrected myself. I reminded myself that I am a runner, again, and again. And eventually, I began to really believe it.

Because the truth is, I belong on the trails. You do, too. In races we get to cross the starting line together with elite athletes, mid-pack runners, and the back of the pack. We run the same course, all of us in the same event. Sure, the winners finish in about half the time that many of us do, but speed is not what unites us. What unites us is in pushing our limits, in giving it our all. What matters is our striving and our commitment to our best effort. We run for the joy of it, for the delight of moving quickly over the landscape. We belong out on the trails by the nature of our humanity – we are creatures of the natural world just like the jackrabbits, coyotes, and deer. The trails belong to everyone, and I can run famous routes out in the mountains just like anyone else.

Self-confident, or at least more than before, I was ready to do the run. I wanted to complete an FKT, no matter what speed it was. I wanted to set an example of getting out to the trails, of taking on adventures big and small, so that maybe it would inspire someone else to do the same thing. I told my fellow Trail Sister Kristina about my idea, and she was on board. We made a plan for the following Sunday afternoon.

It was a bit breezy that morning, but this whole adventure was about embracing things just as they are, right? So why do something silly like wait for perfect conditions or, you know, check the weather report? When we arrived at the trailhead, Kristina and I discovered that the windy day we had been ignoring was going to make things… interesting. We’re talking gnarly wind. Crazy strong wind. Like actually-pushed-us-backwards wind. Kristina and I kept shouting to each other, “This wind is insane!” and “What? I can’t hear you, this wind is INSANE!” It was a good thing we had already decided to embrace the adventure, and not be so concerned about the results. While we chugged along as best we could with the conditions, the kinds of things that make trail running so awesome emerged. The late afternoon light was gorgeous. We saw magpies soaring by in the gale. The tough conditions made us feel accomplished and proud of our efforts. Best of all though, was the shared adventure with a Trail Sister. Kristina was positive and enthusiastic the whole time, and I was so glad we got to go through this adventure together. We overcame doubt and challenge, did our best, and had a blast.

So I encourage you to find a project that seems exciting, and maybe a little scary. To take on a challenge that makes you feel brave. Maybe you’ll run an established FKT, or set a new route, or take on a well-loved trail just for the joy of it. You can create your own goal, and you get to make the rules. This project has left me so excited to take on some bigger challenges this summer, because I feel like I belong out there more than ever before. I am a trail runner because I love the sport, because I give it my best, but most importantly because I run trails! I hope my adventure inspires you to hit the trails, no matter what doubts might try to hold you back. I hope you find a challenge that electrifies you, that makes you stoked, and nervous, and happy. We can all experience a lack of confidence, but we can all bolster our own self-belief, too. My biggest hope is that you will see my adventure and think, “Hey. I can do that.”

Cristin is a stay-at-home mom to three boys. She explores writing, running, and outdoor adventures near Denver, CO.
More From Cristin Downey