Clara is an Army veteran living in Northern Virginia. She now teaches under resourced children, and volunteers as a crisis hotline counselor. She loves getting out in the area’s State and National Parks to jog!
More From Clara Martin 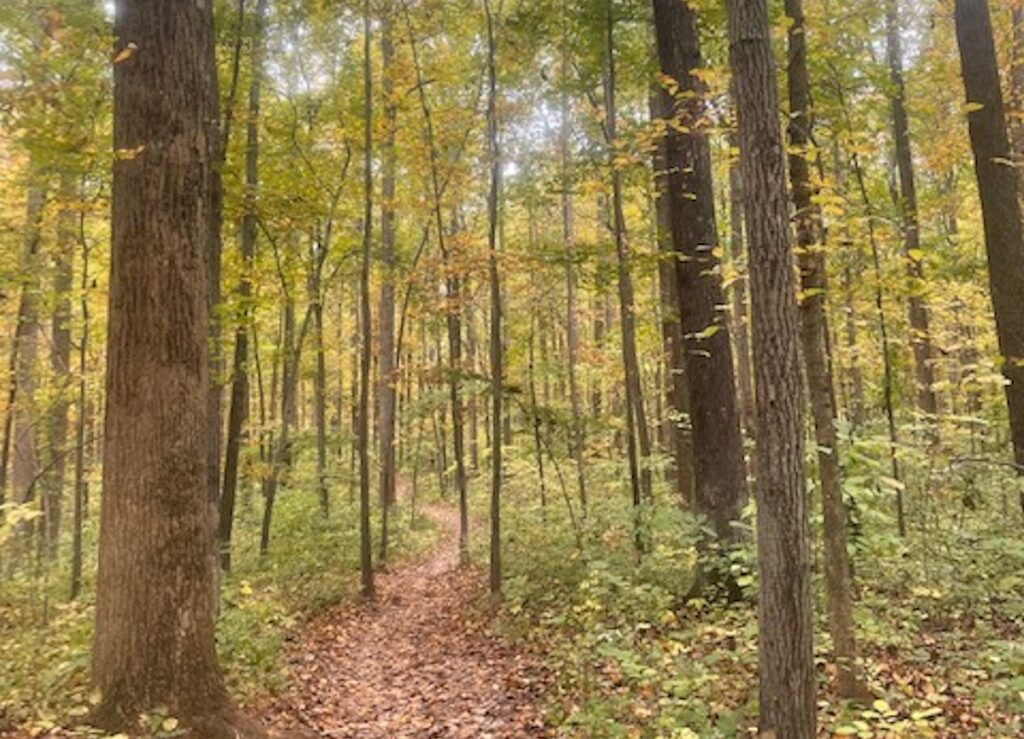 I didn’t figure out how to run for mental health until I was quite literally locked up. Over the course of a year, I’d been medically retired from the Army with PTSD and chronic migraines, taken a job at a local civilian nonprofit as a victim advocate, had a psychotic breakdown, been fired, and been involuntarily committed to a psychiatric hospital. I had survived, and reported, MST – military sexual trauma – while in the military. Now, voices threatening to murder and torture my friends, family, and pets in retribution were whispering in my ear. I was convinced they were real. Years later, a therapist would sympathetically tell me that was a symptom of a psychotic breakdown: being unable to tell delusion from reality. I was terrified and traumatized. That involuntary stay saved my life… It was through my own resilience, and running, that I found agency again.

The days at the psychiatric hospital were long and monotonous, broken only by excursions to the first floor for meals and an hour spent outside in the small ‘recreation area’ the hospital offered. It was a small box, with very high fences, offering a volleyball net in a sand pit, with three picnic tables standing nearby. The patients who didn’t want to exercise, or couldn’t, sat at the picnic tables and talked, or they sat with their faces turned toward the sun. I needed to get out of my own head. I started running laps around the yard, ducking under the volleyball net as I circled each time.

I had been sent to the psychiatric hospital almost raving. As I ran, the voices still whispered threats in my ears, and the faces of people I once knew still stood, watching me. But each time a foot hit the earth, that hell seemed to fade slightly, until all I could feel was the thud of my feet on the ground.

I started doing body weight exercises in my small hospital room. My roommate would watch me as I grunted and groaned through push-ups and planks. I mustered together a small group of other patients, for yoga and workout sessions. Every day, when we went outside, I’d run, taking off my shoes and feeling the sand and asphalt beneath my feet.

Slowly, I realized that running wasn’t just an exercise for me. It was a form of taking back my power, my agency, my ability to choose… I had been cuffed to a stretcher in the emergency room, given a bladder tap, and escorted out in handcuffs by police. I was under lock and key in a psychiatric hospital, and the voices and hallucinations were still whispering murder against myself, my family, and my pets. But I could always run, even if it was in this small hospital space.

The day after I was released from the hospital, my brother and I went to a local trail and ran. My brother quickly sprinted ahead, as I planted behind him; as it turns out, running in circles is very different than running a trail. But with each footfall, I felt the earth; I felt the wind on my face; I stopped and watched in awe as an egret, standing motionless in the river, burst upward in a graceful motion and winged its way to the other bank. For a moment, I felt as though I was that egret, pulling myself from the mud of the river to the sky.

It’s been several years now, and through the support of friends, family, medication, and an amazing therapist, I am doing much better. I still run… and every time I hit the trailhead, I feel that same flash of triumph and joy.

Clara is an Army veteran living in Northern Virginia. She now teaches under resourced children, and volunteers as a crisis hotline counselor. She loves getting out in the area’s State and National Parks to jog!
More From Clara Martin