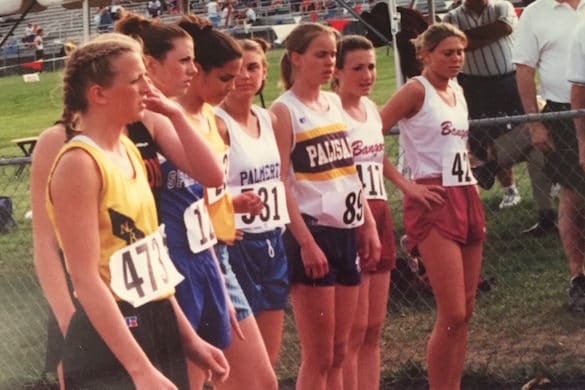 Anyone who has ever held a conversation with me has heard 4 stories within 1. I’m the queen of tangents and run-ons, which you will see first hand within this post. My brain is able to tackle 15 things at once, thus I can’t help but jump from idea to idea. I chalk it up as a creativity bonus…at least that’s what my teachers would tell me.

I was diagnosed with Attention Deficit Hyperactivity Disorder (ADHD) in 3rd grade. I had no real idea of what it meant and if it was good or bad. Multiple people would tell me I had lots of energy, and that I needed to calm down, but that just went in one ear and out there other. I didn’t understand what was wrong with laughing and playing (a lot), but I could recognize the fact that I couldn’t focus my attention on any one thing for very long.

In 5th grade I remember sitting in class and watching a film on Teddy Roosevelt. I kept drifting to images of a jolly rotund teddy bear. From there, I jumped to images of my sister’s bed and her infinite collection of Boyd’s Bears. They cost a ton! There was no way she was paying for them all with her allowance… Mom and Dad must have been helping out with a little extra cash, which wasn’t fair at all. I did so many more chores, and deserved the extra allowance. I was going to have a talk with them when I got home, and I was going to hide my sister’s favorite bears just to spite her. 🙂

From 3rd grade till 11th, I’d walk to the nurse’s office everyday after lunch to take my pill. At the time, the drug of choice was Ritalin.

Though I hated taking the Ritalin, it did help me focus. At the expense of morphing into a silent zombie who always has a sour stomach, Ritalin has awful side effects, I was able to take advanced placement courses and achieve a 4.0.

I was stripped of my identity for majority of the day until the pill wore off. Luckily, the timing happened to be perfect for after-school sports.

Though I struggled to pay attention and sit-still, I was every coach’s dream come true. There was no activity prescription large enough to wear me out. Running laps was boring, but it was easy. My field hockey coach would assign me with extra laps if my mouth got out of line (I can be a bit spirited), but that was more of an embarrassment verses a fatiguing punishment. I thrived on activity, the more, the better.

During the Fall season, I would compete in both cross country (x-c) and field hockey. I would leave school with the x-c team, win the meet, would then hop in my Mom’s Pontiac Sunfire and she would shuttle me to wherever the field hockey game was being held (thanks Mom, you’re the best). I’d do a uniform change in the car and would arrive at the hockey match just in time for the varsity game. I’d play the entire game as the center-mid (lots of running for offense and defense), and at times even add a point or two to our winning record. I couldn’t get enough!

By the end of high school, I had set multiple school records in track and x-c, my field hockey team had a winning record, and my varsity jacket was so full of victory patches and shiny do-dads that I was colorful enough to march in the Mummers Day Parade. Thanks to my ADHD, I was crushing it at athletics.

Since 11th grade I haven’t taken any Ritalin. I’ve taught myself how to slow down and focus, how to study, and how to listen. I still struggle with patience (Justin reminds me of this all the time), but hey, nobody’s perfect!

My original interpretation of ADHD being a handicap or defect has now turned into an appreciation and a proud characteristic of my genetic make-up.

Sure I’ll always struggle to stay 100% focused or on task, but I’ll take those pitfalls for the perks of everlasting energy and smiles.

To my fellow ADHDers, embrace the little hitch in your giddy-up and appreciate the genetic gift you were given.