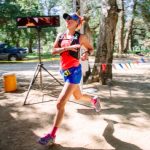 Kelsie Clausen is a senior majoring in Cell & Molecular biology at Cal Poly in San Luis Obispo, CA. She hopes to eventually become a pediatric PA. You can find this curly ponytail biking her cruiser, Esmeralda, around town, drinking a margarita at Frog & Peach, picking flowers, hugging trees, and in general, goofing off. She generally paints her nails multiple colors with sparkles and prefers neon clothing, which never seems to match.
More From Kelsie Clausen 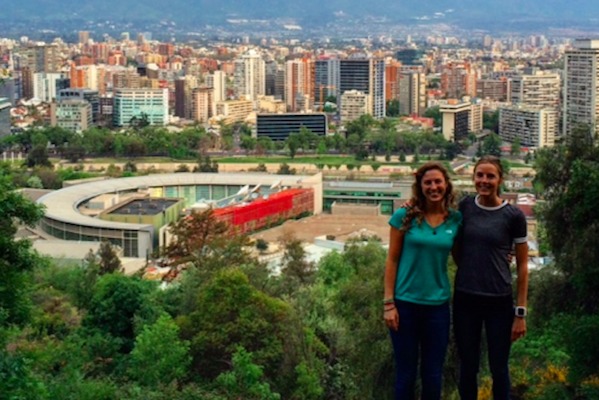 It’s Friday at 9:45pm and the world around me is dark and moving in a sort of blur. There’s an interesting smell in the air. My ponytail bobs up and down as I sing at the top of my lungs something along the lines of Taylor Swift. No, it’s not your average college frat party; it’s my average 12 mile run.

So why am I not out partying Thursday through Sunday in my 21-year old college youth? Why do I choose to spend hours sacrificing study time and bar crawls, to go through mental and physical hard work through the day, night, rain, heat, and various elements in utter solitude, often miles removed from society? I could ask you the same question.

I am always running for the thrill of it (to quote Empire of the Sun): the sense of accomplishment from working hard, the adrenaline rush careening down a rocky hillside, the good kind of sore, the ability to see vast expanses of beautiful vistas in a short time stamp.

To keep chasing my best and always improve is a passion of mine. It bleeds from my studies into my running pursuits. A redwood forest, only dense enough to let a few golden rays of sunlight seep through, opens to a mountain lake radiantly reflecting the wild colors of the sunset, which is a tender experience only we runners are privy to stumble upon. I want to seek those moments as much as I can and, “suck the marrow out of life”, as my friend Thoreau says.

Now that I’ve covered the what and the why I run, let’s talk about the when and how. You see, I started out pretty mundane according to the vast majority of folks out there; I ran cross-country and track in high school. My coach, however, was not of the “normal breed,” Mary Churchill was an ultra runner. She took me on runs all over the famously beautiful Mount Tamalpais trail system in the bay area. Each outing was a glorious trail adventure filled with stories of her ultra endeavors. I was an impressionable 15 year old and the ultra world seemed shiny, enticing, and wondrous (as well as completely normal, as I didn’t know anything else!) I would beg Mary to let me accompany her friends on the “ninja run” every Thursday in the Marin Headlands. I would run slack-jawed behind the likes of Devon Yanko, Brett & Larissa Rivers, amongst all the local legends that came out to play. In my mind, this sweaty band of crazies, traipsing through the coyote-filled hills at zero-dark thirty, were the coolest people ever. And I wanted desperately to be one of them.

At that point in time, I was not allowed to run very far, but I learned how to bend that rule to get as close as I could to this new ultra world. I paced Mary at her Vermont 100 mile and Miwok 100k races, stoked to don headlamps and eat Oreos mid run. I ran as many trail races as I could from 10k-30k in the headlands, Dipsea, etc. After graduation, the ropes lifted and I ran my first 50k ultra after my freshman year of college. Ultra running did not seem so shiny and enticing at mile 28, but after my post race brew, I was hooked. The rest is history. I have been so fortunate to meet incredible and inspiring friends as well as explore the raddest places I couldn’t even conjure in dreams.

So yes, I will miss out on the beer pong Olympics at Delta Chi this Friday in order to get my run in. Maybe instead I’ll salsa with some technical downhills and play hide and seek with the mountain lions. Either way, it’ll be a raging party of one in the mountains, and I wouldn’t have it any other way.

Kelsie Clausen is a senior majoring in Cell & Molecular biology at Cal Poly in San Luis Obispo, CA. She hopes to eventually become a pediatric PA. You can find this curly ponytail biking her cruiser, Esmeralda, around town, drinking a margarita at Frog & Peach, picking flowers, hugging trees, and in general, goofing off. She generally paints her nails multiple colors with sparkles and prefers neon clothing, which never seems to match.
More From Kelsie Clausen