Homepage / Community / Running Out of My Mind: Facing Fear & Anxiety One Run at a Time (4 of 4) 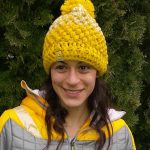 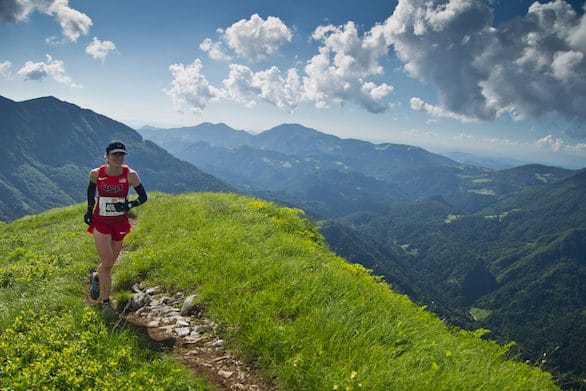 I have learned that the intensity, as well as the shape and form my anxiety takes on can be effected by many things. As I have written in the past, being tired or hungry can have a huge impact on whether my fears percolate below the surface or come boiling over. I have also noticed that during a race the competitive nature, or more, the time and effort I have put into training in order to be able to race, can overrun fear.

I get to the point that I just don’t care about the fear anymore. I sometimes joke that I’m in so much pain I don’t care if I slip off the cliff, fall off the mountain or tumble over a bridge. I am trying to embrace this awareness and work on slight changes to my perspective which may repress my fears enough that I can tackle courses and races that I normally think I can’t. Part of this is learning from, and taking inspiration from other women who do incredible things. Fortunately, there is no shortage of incredible women in the trail running community. I was lucky enough to be surrounded by two such women recently.

A couple weeks ago I had the opportunity to compete at the World Long Distance Mountain Running Championships in Podbrdo, Slovenia. Two of my US teammates were Megan Kimmel and Kristina Pattison. Megan and Kristina compete in some of the most competitive sky races and grueling courses in the world. They can navigate technical sections with speed and grace and are able to go up and over steep mountain passes without it phasing them regardless if it has safety ropes, thousand foot drops on either side or unstable scree beneath their feet.

Kristina and Megan are courageous, strong and fearless women. Even though they are intense badasses when you see them race, after getting to know them better I realized that they are laid-back, warm, encouraging athletes who have insecurities just like the rest of us. I spoke to Kristina about feeling nervous sometimes when navigating potentially dangerous routes. She told me the first time she ran the Rut it occurred to her that she could literally die if one wrong step was taken. Instead of this fear overpowering her, she ran the race again the following year, and then again and again until the thoughts in her head are not what-ifs but rather what do I need to do to move as quickly and efficiently as possible.

Exposure therapy is one of the most common techniques in behavior therapy used to treat anxiety disorders. As anyone with anxiety can attest, exposing oneself to your greatest fears is easier said than done. But Megan and Kristina’s perspective conflicts with mine and challenges my fears. Feeding off of their courage and strength gives me the courage and strength to expose myself to my fears. As I take a break from racing this summer, I am going to work on repeatedly exposing myself to things that scare me. I’m going to run in the woods alone and drive over bridges and maybe even the interstate!

If you don’t see a follow up post next month, come looking for me; I may have gone crazy and be wandering in circles lost in the woods. (Yes, that is one of my fears.)