Homepage / Community / Going Past the Limit

Going Past the Limit 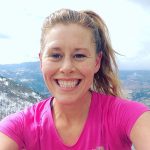 I’m Hillary Allen, a Colorado native living in Boulder, CO. I’m a science nerd at heart, when i’m not running or enjoying the outdoors I’m teaching chemistry, biology, anatomy and physiology and physics at a small college outside of Boulder.
More From Hillary Allen 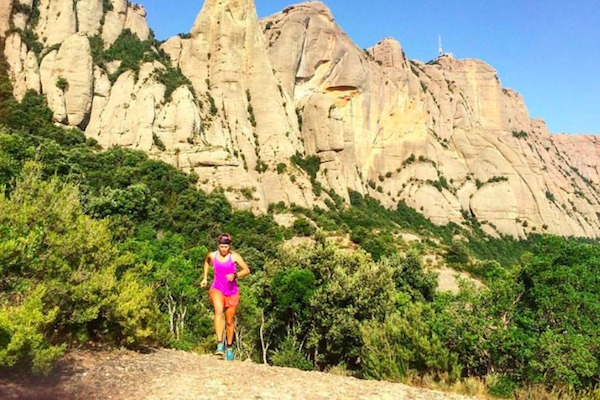 Ultra running is a niche sport, an extreme one at that. It can take many forms as far as terrain, but the definition is simple: covering a distance more than a marathon. Covering that distance in one piece however, is not so simple.

I first discovered ultra running in the form of mountain running. This quickly turned into a love for an even more extreme form of mountain running known as skyrunning. Here, courses take you from the sea to the sky, in the most direct path imaginable. This year I’ve been lucky enough to compete in La Palma (Transvulcania), Madeira (Madeira ultra sky), the Dolomites, and the Pyrenees. I find motivation and challenge in skyrunning. I often find myself at my limit in these races, due to the demanding technicality and steep grades. However, my most recent race, at the skyrunning world championships in Valle de Boí, forced me to places I had never been before.

I knew this race would challenge me, maybe even break me, but never did I expect the day I had.

I started comfortable, anticipating all the climbs, letting the steepness dictate my pace. I felt comfortable, calm to be running. Within the first 20k I had already managed to go off course for a few minutes, to fall on some slippery rocks, but even that couldn’t get my spirits down. I knew I was going to be out there all day; mentally I was ready to be patient.

Then, all of a sudden it hit me. Nausea. I was being proactive about my nutrition, but around the 25km mark, even the smell of food made my stomach turn. I would vomit when I tried to eat anything!

I thought things would turn around if I stuck to liquid calories and salt, in order to put in some electrolytes, but things just got progressively worse. Sipping coca cola soon led to vomiting and by the 50km mark I was limited to drinking a salt solution provided by the aid station, with very little caloric value. I was worried. I wanted to quit.

I had an amazing support crew who were meeting me around all sections of the course (which were really hard to get to), so perhaps that was a source of motivation. But, for me, running is so personal. I won’t simply do a race or a run because someone tells me to, I must be convinced to do it myself. So I kept going.

This time, every pitch I was dry heaving. Pushing my body past a certain pace caused me to double over with nausea. I was 67km in.

I began to worry about my place. How I was competing – I wasn’t competing. I wondered what people would think about my performance, if I was a horrible runner now. I thought about quitting simply because I wasn’t in a podium position like I imagined I would be. Right then, I stopped on the trail, and told myself out-loud: ‘That’s a horrible reason to quit Hill, and it’s not why you run.”

So I kept moving forward. Around 75km now.

I wanted to quit! Why wasn’t I quitting?? Should I quit? Am I causing myself damage? How am I able to walk up this mountain with no food in me??

I carried these questions with me into the last major aid station at 81.5km, convinced this was the time to call it quits. I had run 50 miles – that was good enough. Plus, I didn’t want to run in the dark.

My crew had everything prepared. My headlamp, water, more water – water was the only thing I could stomach now. So I got up, moved to the door, hesitant. My crew told me they’d see me at the finish. I told them I wanted to quit, somehow still moving toward the door. They told me I could do it. I didn’t believe them, yet I still kept moving forward.

Where was my hope and positive outlook? Why were my feet still moving forward? How? Why wouldn’t my stomach stop hurting? How in the world was I still dry heaving? I still really wanted to quit.

These thoughts played like a broken record within my head. I really had no idea how I was still moving or if there was anything to be proud of with my performance. I was absolutely defeated. Yet, still moving. How were these two things possible?

The last few hours of my race were all a blur. Mostly the dull ache of my stomach and my circling questions kept me moving. I had made it to the finish, and the first feeling was relief followed by confusion. Why and how did I keep going?

Over the next few days, I kept reliving my experience and I still can’t explain what transpired that day. I’ve always said I run for the challenge, and the strength it gives me as a person. That day was when I felt the weakest and most challenged in a race and yet I still had something more. Nothing tangible or explicable, but I had something deeper that kept me moving forward, something that wouldn’t let me give up or give in to the pain, the challenge and doubt.

I had to go past my limit to discover this silent strength, but now that I’m looking back, I can recognize its presence, guiding me forward. From every challenge there is something to be learned. Even if it means experiencing something you think you might not overcome. I would have never known if I didn’t keep going. This is where the beauty lies, on the other side of those challenges. Face them, you don’t know what you’re missing.

I’m Hillary Allen, a Colorado native living in Boulder, CO. I’m a science nerd at heart, when i’m not running or enjoying the outdoors I’m teaching chemistry, biology, anatomy and physiology and physics at a small college outside of Boulder.
More From Hillary Allen