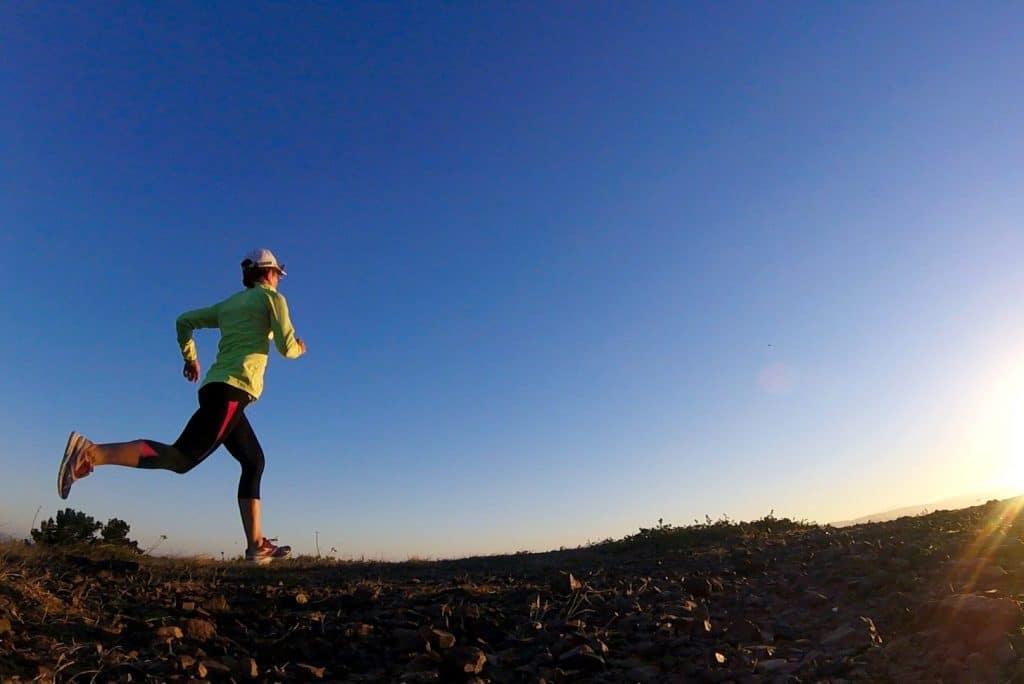 There was a night in February where my life hit rock bottom. I was curled up, sobbing on the shower floor of a grimy hotel in San Francisco’s Tenderloin. Crushed with the heavy-handed realization that as painful as I thought ending my marriage was going to be, it was going to get 100 times worse. Those next 24 hours were a blur of coffee shops, lines of code, and glasses of wine.  I found myself wandering through the winter fog in Crissy Field, wondering how I was going to recover, and if that was even possible.

Somewhere around 7am after a wake-up-every-hour sleep, I put on my running shoes, stuck the hotel key in my pocket, and I ran. And ran. And ran.

I’ve run in some form or another since I was about 14. The extent and intensity of my running has ebbed and flowed over the years thanks to changes in life, time, and motivation. But being able to run – and needing to run – has always been a constant.

Somehow, over the two months preceding the moment of realization about my marriage – where my world was spinning completely out of my control – I’d forgotten to keep steady.

My ex-husband never understood my compulsion and that running was always a source of contention for me.  I remember having a small anxiety attack over whether or not to get a car wash as I was coming home from a run. I was worried that if I was gone any longer, it was going to cause yet another fight and ruined Saturday. Subconsciously, this is probably why I stopped running so as much as I was. The inevitable day of fighting and passive aggressive tension weren’t worth the short runner’s high.

As I tore through the city, the Panhandle, and Golden Gate Park, the hazy blur was suddenly clear. This. This was how I would recover. I would run.  That February morning I knew I was actually free. Everything was over, and if I wanted, I could do this every. single. day. without judgment or anxiety.

I wasn’t prepared and I couldn’t control it, but I could make it better.

Running was the only thing that could soften the pain inflicted to my heart and my mind. Every morning I was excited to get out and breathe the fresh air.  I’d remind myself that despite everything being out of my control, I was in a gorgeous place and that I could enjoy that.

Running went from a necessity to an adventure. Normal runs through the city became puzzles to seek out random places or to draw GPS patterns. Longer runs became multi-hour adventures on the Bay Area trails where I embraced the adrenaline of getting lost and climbing mountains at sunset. I could get in my car, drive a half hour, and escape – truly escape – from technology and contact and, most importantly, my head. The hardest part about my adventures had become washing the dirt from my legs.

It’s tough to look this past year and get beyond the unpleasant parts, and subjectively separate causation and correlation and declare that ending my marriage made me start running again, which resulted in happier me. But… in some way, it did.

If the divorce didn’t happen, I wouldn’t be where I am today. I wouldn’t have seen what I’ve seen, breathed that air that I’ve breathed, and made the friends that I’ve made. I wouldn’t have caught those early morning sunrises and city views or evening sunsets. I wouldn’t have allowed myself to take spontaneous Sunday road trips to climb mountains I’d never heard of before. I wouldn’t have qualified for Boston or run a 50K. For the first time in my life, I have been able do to something I genuinely love, and guilt free. This makes me happy, in the purest sense of the word.