Continued Discussion: She’s Asking For It 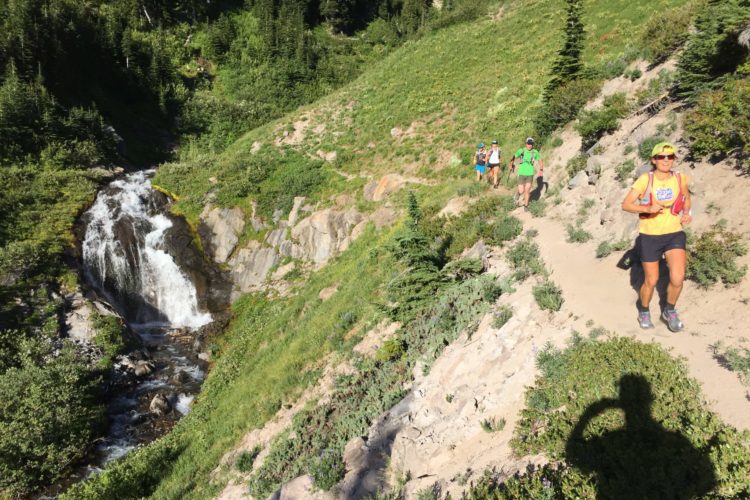 Surprise. Shock. Anger—the chain of emotions I predictably experience when ignorant stereotypes soar through the air. During a recent discussion of safety at a Trail Sisters event, one of the male attendees said that every time he sees a woman running with ear buds, he cringes, because—his words—“She is asking for it.” He said “a woman.”  Not people. Certainly not a man. He stripped language down to its particulars: a woman. Asking for what, I wonder? To be left alone with her music? To peacefully explore her thoughts?. For a moment of escape? To be attacked by a cougar? Or a man?

I have tried to let his comment go. It would be easy to say I misunderstood, or reacted too seriously, too angrily; that I overreacted. But this time, I am holding on, perhaps because a reaction (which is not an overreaction) is exactly what we need. His comment, couched in a discussion about safety, seemingly protective, reveals exactly the mindset that creates the danger, because it makes the victim culpable. We runners often sport short shorts, spandex, and sports bras; these are decisions made as athletes, sparked by comfort and performance; they are not spurious or seductive. But how often has a woman’s attire been labeled the culprit when something happens to her?

When a man, who likely sees himself as an enlightened ally, can say a woman is “asking for it” because she is listening to music on her run, it becomes all too apparent that we still have many strides to cover on our trail towards equality. And right now, I declare that the path towards safety is not about women increasing protective gear or hardening their protective shells; it is not about when and where and with whom. It is about changing the focus of the discussion.

Let’s be clear. A woman is never asking to be attacked. Never. And all people who consider themselves advocates and allies in the struggle for equality must learn, in every pore of their bodies, that the victim is not to blame.

The burden of safety is unequally distributed in our society, shouldered by those who are marginalized. For those on the margins, safety transcends basic common sense, and transforms into a litany of microscopic rules. The rules emerge when women are told not to go to that place at that time dressed like that, to watch over our drinks because who knows what might get slipped in; when we are told to be quiet; and in our trail community, when we are told we must not run too early or too late or too high or too long or too alone. And when the walls built by the rules are breached, we wonder what rule was broken. We ask what she was possibly thinking being on that trail at that time of night. We validate the fears. We intensify the call for safety. We need to say enough is enough.

Yes, we can do things to protect ourselves. But “protection” can be dangerous in its own right, making our world forever smaller as we seek “safety,” like a black hole that collapses in on itself, pulling us and our sense of adventure into oblivion.

Safety is retreat. It is a line we cower behind; a shield we wield; an auspice of comfort. The myth of safety is that it is in our control (if we are just “smart” enough).  But I wonder, what happens when we dance across the line, lay down our shield, or shed comfort? Some say we are brazen, stupid, “asking for it.” Or we get criticized as hypocrites, because we claim to value safety and yet seek adventure simultaneously. These lines are not lines; there are no simple connections between point A and point B. Our world is complex. How we navigate the space between adventure and safety is different for everyone, but, I hope, is a territory worth charting for each of us., because we must get out. We must run free.

As a woman in our society, and as a woman on the trails, I commit to being smart, but refuse to be afraid; I commit to being responsible for my own actions, but reject the premise that I must play it safer because I am a woman. I commit to running towards the kind of world I want to live in, and refuse to accept that this is as good as it gets. I am so fortunate to be a part of a community of women and men who charge forth along the same path. If I am “asking for” anything, it is for more and more people to join us.