No Justification Needed: I Run 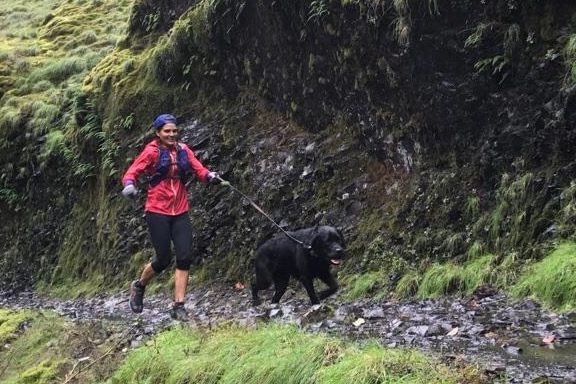 Some practices are so fundamental to who we are that we forget that they are not actually rooted in our DNA. Running is like that for me; it is my nature that I have nurtured, to the point that I am sometimes caught off guard when someone asks: Why do you run? It usually carries an air of curiosity, but the curiosity is tinted with judgment. Their eyebrows tilt; the inflection lands heavily on the why. The question itself is a trap, an accusation of my tenuous sanity. I know that there is no way to answer the question that will not confirm my craziness, partly because when I begin to answer, no matter how much I restrain myself (“Keep it simple,” the voice in my head urges), I will spiral into ruminations of rhythms and breathing and sunrises and avian symphonies and mountain peaks and I will sound just like that insane person—whom they have already assumed me to be—who just can’t control the floodgates on their confession.

But let’s assume for a moment that my reasons for running do not transfigure into a confession; because, when the question comes from another runner—as an invitation rather than accusation—then the response can be whispered knowingly, mistily, like a secret genetic code passed down through generations. In fact, the why vanishes. It is no longer about reasons (or Reason) but about the mere fact that I do.

I run for my health and my joy and my freedom; and for beauty and breath; I run to know my world—its paths both paved and rugged; its curves both carved by human-run machine and the internal forces of our planet; I run to know myself; to embrace solitude and revel in community. I run for routine and for adventure. I run for earthly pleasure and for something beyond. I run for the lessons in the dirt and for the truths trod beneath my steps. I run to create; both sculptor and sculpted, the hands and the raw material, formed and transformed in mind, body and spirit. I run to defy; to find my voice to actively resist the cannots, will nots, and should nots that well up from within and bombard from without. I run towards my best self. I run towards a nation propelled by the human spirit. I run towards a belief that kindness and compassion can conquer greed and ignorance. I run towards the world I want to live in; that I hope we can all live in.

Each year, the weekend following my birthday finds me at the start line of a mountain race. It is likely cold and drizzling as I prepare to climb 5800 feet over 15 miles, at times across slick basalt, at times beneath the quiet canopy of Fir, always hummed along by the burble of the Wilson river, serenading me with my own private “Happy Birthday.” The other runners do not know I am there to celebrate, and yet they are there to celebrate too. We erupt in giddy cheers, as the rain comes down and the race director describes the course topography. We chuckle at our lunacy. I return each year, to run, to celebrate in my bizarre paradise, with people who are my kind of crazy; who know that you can climb and run for miles, and end up right where you started, but nothing like you started.

In my paradise, there is paradox. Like traveling vast distances around a mountain, only to arrive at the beginning, I have answered the question, proving the very craziness that I tried to resist. But (and it’s a crucial “but”) I have not affirmed the judgment, because in my world, where running is my pulse, crazy is perfect. Besides, putting one foot in front of the other, in relentless pursuit of a better world, needs no justification.

Steph Imig is a parent, partner, teacher, writer, vegan cook and trail adventurer from Portland, OR. She is committed to creating the world she wants to live in, one step at a time.