Homepage / Community / Why Running is Better with a Dog

Why Running is Better with a Dog 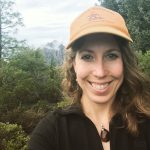 Lauren Steinheimer is a freelance writer and ultra runner who roams around the US with her trail dog, Bruce. She fell in love with running in her twenties, when it helped her cope with depression and overcome disordered eating. But baby, she fell hard, registering for her first marathon only a month after her first 5k! Running through the mountains serves as her constant reminder of what great feats can be accomplished one step at a time.
More From Lauren Steinheimer 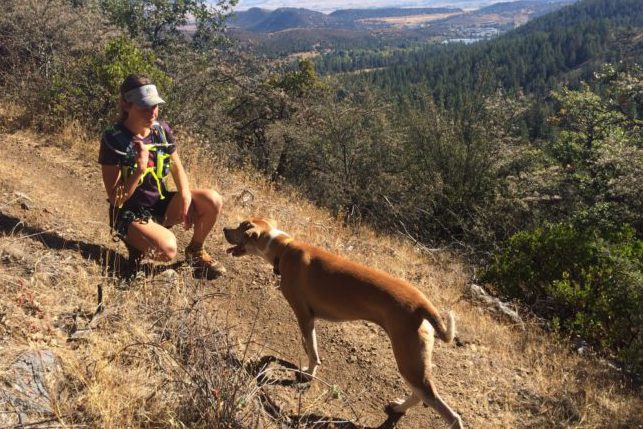 My life changed forever when I decided to adopt a dog six months ago. I quickly learned that having a large, energetic and utterly mischievous animal tag along with me wherever I went could be challenging, to say the least. Although the decision to adopt Bruce, (named after The Boss,) was impulsive, I can honestly say we’re a perfect match. At just under two years old, he’s a sweet, intelligent hound mix who loves nothing more than romping through the woods, knocking over beers and taking spontaneous road trips across the American West.

Since we both tend to go a little crazy without enough exercise, Bruce became my running buddy right off the bat. After just a short while running together, I honestly can say he’s grown into a bona fide trail dog, and now I wonder how I ever ran without him.

Here are a few reasons I’m convinced it’s much better to run with a dog.

I’ve always been envious of people I saw hiking and running with dogs. There’s just something magical about that simple, primal experience of roving through the woods alongside an animal who loves to run for the sake of running. If you haven’t tried it, I highly recommend running with a dog! It’ll change your life.

Whether he and I are going out for a trek on our own, or with a group of other runners, Bruce always has ample positive vibes to go around. He never complains about how hard the route is or asks when we’ll be finished. For my dog, there is absolutely no such thing as a bad run. He provides a level of stoke that has definitely carried my trail sisters and I through some long mountain miles with smiles on our faces.

Considering most of my previous trail running was done solo, having Bruce along is a huge improvement to my general mindset. When I’m out there all alone, it’s easy to dwell on negative thoughts.

With my fun-loving, four-legged fur baby in tow, on the other hand, it’s impossible not to have a good time! A dog is a great reminder of why we run in the first place, because it’s fun and it feels good to be out in the mountains on a beautiful day!

Running through the national forest, which I do quite often, can present a number of safety hazards. Depending on where you are, there can be bears, mountain lions or transient homeless people. In the Shasta-Trinity wilderness, we have all three!

Although Bruce is a friendly love bug, not everybody knows that. His large stature and loud bark carry an intimidating presence, and Bruce is pretty good at making split-second character judgments.

I’m incredibly lucky my safety has never been compromised out on the trails, but I know that luck can’t be counted on. There have been a few occasions where I was running very early in the morning and encountered some wandering lost souls who clearly had not been to bed yet. Having Bruce at my side makes me feel much more confident in these situations. My own solo international travels have taught me that exuding an air of confidence may ward off potential attackers.

For the most part, I think Bruce scares off both animal and human predators. That said, it’s always a good idea to carry some bear spray, a first aid kit and a cell phone in your pack, and always let someone know where you will be.

Also, in the case of wild animals, it’s important to look out for your dog’s safety as well! Tying a bear bell to the collar might is a smart move.

Part of the reason Bruce and I get along so well is because we both love running! Each of us tends to get a little fussy when we don’t get enough exercise, but I’ll admit, when it was just me, I was known to blow off a run now and again because I was on a deadline, or just not feeling well. Skipping runs isn’t a bad habit I like try to avoid, and my dog provides me with next-level accountability.

On the few occasions I tried to skip taking him out in favor of getting some work done, he made sure I regretted that decision right quick. He’s a smart, active young dog who needs at least an hour of vigorous exercise per day to keep him from causing trouble, and more than that if I want to completely exhaust him.

If I decide that writing an article is more important than hitting the trails on a beautiful day, Bruce will make sure that the article doesn’t get written, anyway. He’ll insist that we go out, because that’s what we do! That’s what we live for!

I can honestly say that owning a dog has changed my life, and in particular my running habits, for the better, simply because I can’t make excuses. He won’t hear them. My dog will not let me skip out on the thing that makes my soul happy, and that’s a beautiful thing.

How has your dog changed your running routine?

Lauren Steinheimer is a freelance writer and ultra runner who roams around the US with her trail dog, Bruce. She fell in love with running in her twenties, when it helped her cope with depression and overcome disordered eating. But baby, she fell hard, registering for her first marathon only a month after her first 5k! Running through the mountains serves as her constant reminder of what great feats can be accomplished one step at a time.
More From Lauren Steinheimer