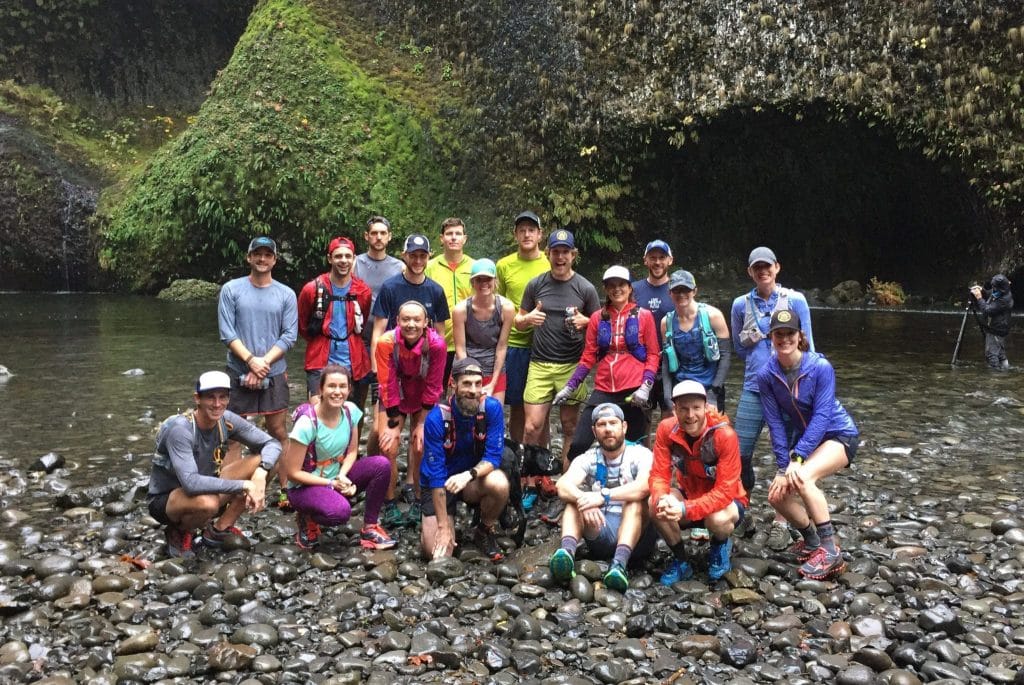 To what extent does our past define us? Do our memories tell a story with a consistent plot line, or are there inexplicable leaps, twists and turns? How do we spin the narrative of our past so that it manifests the present we want? If I want to scribe a new chapter, particularly about my life as an athlete, do I have the power to release the hold of my past?

I have been a competitive athlete in one sport or another for most of my life. From gymnastics to soccer, each sport has left me with lessons and memories, for better or for worse defining who I am as an athlete and beyond.

It may seem surprising that my most distinct memory of soccer is a moment from my first season of U-8. Even though I would go on to play Division 1 college soccer, playing in big games on prestigious fields, I would not taste that prestige, that glory, that success with the same delicious intensity as I felt the first time I almost scored a goal; almost.

It was the final game of my first season of soccer. I was a proud member of the scraggly Firebirds, a co-ed flock of 7 year-old boys and girls of varying degrees of talent and enthusiasm for the newly-burgeoning sport of soccer. The October air still held the hint of Summer in warmth and brightness, and the scent of orange slices wafted in the breeze. Most of the game hides behind these sensory recesses of my memory.

But in the waning minutes of the game, it happened. I found the ball at my feet in the penalty box. I tapped it forward, swerved right around one defender, cut back with my left foot, juking another defender, and fired a shot at the goal…which the goalkeeper promptly saved. I could hear the distant cheering of my parents’, “Nice try!” echo from the sidelines. My heart fluttered with excitement; my mind swelled with pride. I had just done something spectacular. I had dribbled silkily around 2 defenders and taken a shot on goal! I felt not a hint of failure. I felt only the joy of pure possibility, and the intense hunger for more. That almost-goal, rather than holing up in my memory as a constant marker of failure, revealed to me that I could score, and even more importantly, that I would score. In the seasons that followed, I became a lethal striker, even though I lacked the pure speed and talent of many of my teammates. In fact, I was largely unaware of my deficits. I was propelled by belief, by confidence, by joy, by desire.

Somewhere along the way, that confidence and tenacity began to dwindle. When I got invited to try out for the lone select girls’ soccer team in Tucson, my inner coward awoke. The girls on the Sidewinders, some more than 2 years older than me, were my soccer idols. They were legendary, having competed in youth nationals, the “final four” of youth soccer. Their coach, a firey Swiss man who could cuss his way through several languages, was a family friend off the field, but on the field, his larger-than-life persona frightened me. Even though a few of the girls were good friends of mine, at my first practice with that team, everyone blurred into a single panic-inspiring force. When I missed a pass, I heard frustrated “come-ons” from another player. When I failed to score (because there were no almost-goals to celebrate in this new world), I did not hear a “good try!” Each player spoke with initiative, and a general level of what I took to be ferocity. Looking back, I know I could reinterpret their ferocity as intensity, and their “come-ons” as demanding rather than critical, but in that moment, it was all terrifying, and in my mind, they were mean. I did not go back.

What happened to me? How is it that I retreated from challenge, and abandoned the tenacious confidence I had known so supremely? Looking back, the decision to not pursue the select soccer team is merely one of so many moments of retreat. There was the 800 meter race in middle school when I was so far ahead that I became embarrassed, pulled up, slowed down, and then failed to pick it up soon enough, as another girl barreled by me with everything she had in the final meters to win. There was the bobble on balance beam in the state championship gymnastics meet. There was the missed penalty kick in the state semi-finals for my high school soccer team. Each moment—a mark of mental weakness that I have allowed undue influence over subsequent events. While the connections are clear, understandable, and even logical, they do not have to be prescriptive.

It is time to tell a new story. My past is riddled with too many almosts, and avoided opportunities, fears of failure, and redacted goals. As I become more deeply engrossed in the sport of trail and ultrarunning, I recognize the faces of familiar demons. But, I also have found that joyful, tenacious spirit of my 7 year-old self, romping in fields, propelled by almost-successes. I love the way the unchartered territory of a new sport for me has granted me the permission to resurrect the lessons from my past that felt buried by lessons that followed, but the reality is (and this is always true), we get to decide which parts of our past define our present. I get to define my goals. I get to define my successes. Most importantly, there will always be something bigger than me, something that matters more.

The backdrop of the forests and mountains reminds me that I am small, maybe even insignificant (and lessons in humility are good). Striving is important because it stretches who I am. Pushing limits reveals new possibilities. We all need possibilities to believe in, and more importantly, to work towards, but the world is so much more than our individual possibilities. Perhaps, more hopefully (and more accurately), the world is the culmination of our individual possibilities, and if that is true, then my desire to write a story that is both new and old is both nothing and everything.

Steph Imig is a parent, partner, teacher, writer, vegan cook and trail adventurer from Portland, OR. She is committed to creating the world she wants to live in, one step at a time.