Homepage / Community / Assaulted on the Run

Assaulted on the Run 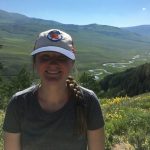 Syd is a graduate student living her yellow house in North Carolina with her boyfriend and dog. Aside from running a ton, in her spare time you can find her drinking lots of coffee, reading anything and everything public health related, and fighting the patriarchy. She’s a fighter for social equity, a believer in alpine lake swimming and long mountain days, and an advocate for all the ladies out there.
More From Sydney Zester 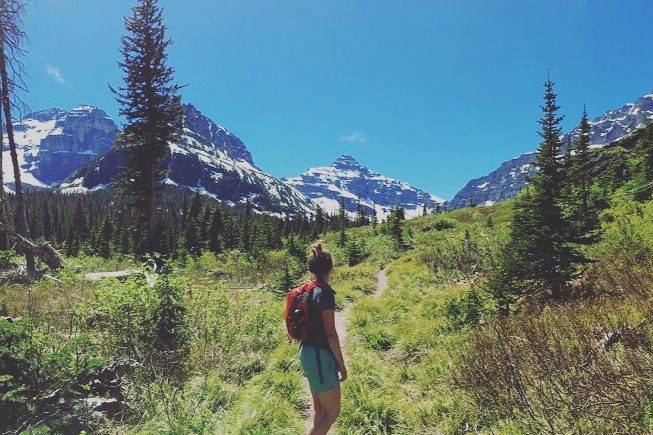 A few months ago, I was put in a dangerous situation that rocked my sense of security to the core. I was outside by myself when a car drove by and a man yelled at me as it whizzed by. As a woman, this is not uncommon or even a standout event in my day to day, and so I ignored it. A few minutes later I heard a car drive up behind me and a door open and close. What followed was an interaction between me and two men which I naively believed could never happen to me.

Now, prior to this I wasn’t a woman living with a false sense of security and I didn’t believe this altercation could never have happened because I was invincible; rather it was the opposite. I took massive precautions. I am a woman runner who spends endless hours by myself outside logging my miles. My time is split between city and neighborhood running and trail running and most all of it is done alone. Because of this, I have been hounded by my family, my partner, my professors, and articles upon articles that warn me of the potential dangers of being a solo woman runner. I’ve had aunts with caring hearts send me pepper spray and well-intentioned men ask if maybe I shouldn’t run in the dark because then I wouldn’t be catcalled (as if my running in the evening was causing the men to yell at me, not because they were disrespectful and cared little about my sense of safety). I ran different routes, always carried my phone, told someone when I was running, never wore headphones, didn’t wear my hair in a ponytail, and wouldn’t respond to hecklers. Where I would draw the line was with my running clothes. I refused to alter my workout clothing when it is 100 degrees out because it, for some bizarre reason, makes people feel that it could stop the harassment (once again placing the blame on the woman and not the man).

So that was my problem. I believed that all my precautions were enough to prevent any serious attack. I was wrong and was forced to evaluate my perceptions of my environment. What followed in the next few months was unexpected and difficult to process. There were a lot of small things that built up to create a massive amount of anxiety and fear. This, then, created a massive amount of embarrassment. See, I took pride in being a strong, fearless woman who refused to operate within the patriarchy quietly. It sickens me to think that so many of our behaviors as women can be shaped by what people want out of us to make them comfortable. I was not satisfied with that and almost viewed my years-long, long distance running affair as a blatant kickback against the “expected”. I sound like a dreamer and a bit silly but it’s true.

The fact that my incident rocked me so thoroughly was terrifying me. I had no idea how to process what had happened and I felt like there were no resources for me to reach out to. I’m a reader so I always turn to articles and pieces that have been written to help guide me; there was plenty written about harassment and abuse but nothing written about what happens after (especially for women athletes).

That’s why I wanted to write this piece.

To any woman who has ever felt or been threatened: WHATEVER you are feeling is the right thing.

I had so many racing thoughts over those following months where I ridiculed and questioned and shamed myself. I wasn’t supposed to feel so impacted so long after it happened. And yet, I started changing what I would wear when I went out for a run. No longer did I just throw on whatever was in front of me. Now I carefully pieced through what shirt I would wear (typically a large cotton t-shirt that belonged to my boyfriend) and if it would be long enough to cover my butt if I was wearing leggings. I retired half of my shorts because I felt they were too short and would draw attention to myself.

Outside of choosing attire, other more subtle, emotional patterns started to develop. For starters, almost all of my runs for the few weeks that followed were done at the gym on the treadmill. Before this, I had NEVER run on a treadmill; I would have rather had a million rest days in a row than log miles on it. If I didn’t have my dog with me on an outside run (sometimes it’s too hot for her) I could feel my chest start to fill with anxiety. Instead of giving me an hour or so of stress free time (much needed while in grad school!) I was counting down the minutes until I’d be finished.

The most startling and lasting pattern was a fear I developed while I was in my house. First it was only when I was home alone but it started to creep into the time my boyfriend was home with me. I always felt like someone was in our house and was going to come up behind me. I never said anything to anyone because I felt so paranoid and ridiculous for thinking this.  It wasn’t until recently when I was piecing though some of what happened that I realized this off-kiltering fear was in response to being approached by the men from behind. Also, the incident happened almost right outside of my house which helped explain why my home started to become an unsafe space. It was amazing what this small realization did to help me move forward!

I write all of this from a more centered space than when the incident initially occurred. As I gave myself permission to feel whatever was coming and stopped telling myself I was weak or dramatic for remaining scared, I was able to regain some of my strength and power. I still refuse to let anyone have the ability to strip my power from me, but threatening incidents for us can take a lot of time to process. And that is one hundred percent ok.

Syd is a graduate student living her yellow house in North Carolina with her boyfriend and dog. Aside from running a ton, in her spare time you can find her drinking lots of coffee, reading anything and everything public health related, and fighting the patriarchy. She’s a fighter for social equity, a believer in alpine lake swimming and long mountain days, and an advocate for all the ladies out there.
More From Sydney Zester