Homepage / Community / The Trail Grit in My Shoe

The Trail Grit in My Shoe 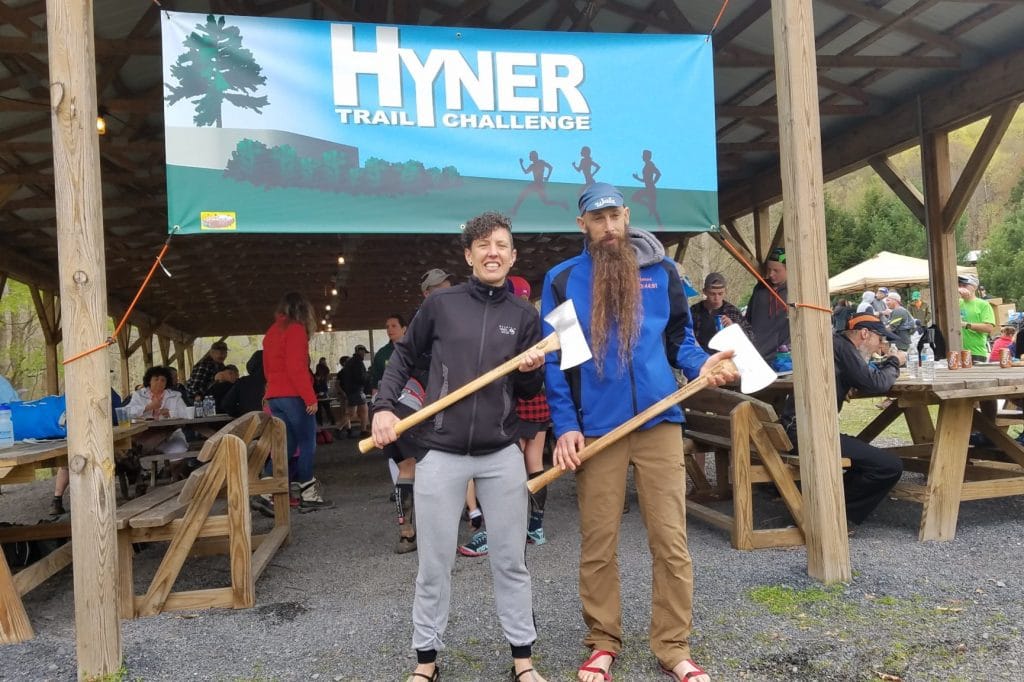 It isn’t the mountain ahead that wears you out; it’s the grain of sand in your shoe.”

Recently I’ve had two separate experiences that I think many other women in our sport have encountered, unequal recognition and celebration as compared with our male peers.  They were minor incidents, but like some trail grit in my shoe it’s been bothering me despite it’s seeming insignificance.

I want to start by saying that my overall personal experience in the world of ultras has been overwhelmingly positive.  Most of my time racing (and that can be a lot of time in ultras) has been spent running with male competitors.  They have been kind and supportive and have treated me as an equal.  The races that I have competed in always had equal prizes purses, etc. While there is still a large difference in male vs. female participant numbers, I know of a local race director who has actively recruited females to his events to try and add some balance to that mix.

In April of this year I ran the Hyner Trail Challenge (50k), and it had all the elements of equality I just mentioned.  I had a fantastic race, the result of hard work, long training hours and a smart pacing and execution.  I was the first female finisher in the 50k, and I was super happy with the experience and the accomplishment.  Plus, I got to bring home an axe as an award, which buys a mom of two boys a ton of cred (and probably a few extra gray hairs worrying about whether they will try to use it).

As I was scrolling through all of the pictures and posts on Facebook following the race there was a link to the local newspaper’s coverage of the event.  “Cool” I thought, “Let’s take a look.”  The paper talked about the event, the DCNR secretary that appeared, the vertical climb of the 25k event, and the top three males in both the 25k and 50k.  The paper did not mention one word about female finishers.  Please believe me when I say that the issue wasn’t that they hadn’t listed my name, it’s that they had acted like the women’s race didn’t exist, like it wasn’t important enough to cover.

My next race was the Worlds End 100k.  I took 2nd on a very tough course, and actually bested the previous course record.  Trail Runner magazine actually included this race as part of its trophy series, but again the coverage was less than stellar for the women. They spent far more time talking about the men’s race, and then they posted incorrect information about the women’s race.  It took away a little bit of the excitement of having my name mentioned in Trail Runner.

In both cases the race directors (both men) addressed the issue with the publication, and actually in the case of Worlds End the RD wrote a very nice post about being a stay at home dad of three young girls that love the trails, and who he can see being trail runners in the future.  And yet, despite the seeming insignificance of the mistakes in the big scheme of things, and the overwhelming support of the general trail community, I was still irritated by the two incidents.

And then it hit me, it IS just like trail grit in your shoe in a race.  It’s something minor, but you take care of it before it becomes something bigger.  You don’t brush it off because, well, your legs feel fine.  You don’t ignore it because you need to eat and drink at the aid station.  And of course you don’t blow it out of proportion and let it ruin your race.  You plop down, shake it out, and then you move on.

So, I wrote a note to the editor of the paper, I posted a supportive comment to the RD of Worlds End, I thanked those who had supported me and the other women in the race, and I moved on towards focusing on my next adventure.  And I’d like to invite all of my trail sisters to do the same.  If you see these small injustices in our sport don’t ignore them and don’t let them ruin your resolve, deal with them for what they are, and then move along down the trail.