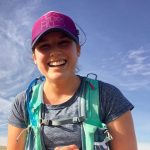 Samantha is an avid trail runner and adventurer, often found frolicking in the woods in search of great views and fun downhills. An advocate for women’s health and healthy body image, Samantha is actively involved in the Lane 9 Project, a group dedicated to engaging active women and girls in a conversation about the issues of female athlete triad and body image. When she’s not adventuring, she’s writing, baking gluten-free cookies, and embracing her lack of finger strength at the local climbing gym. You can find her on Instagram @strong_sam, Twitter @StrongSam2, and Strava, or reach out via email at [email protected]
More From Samantha Strong 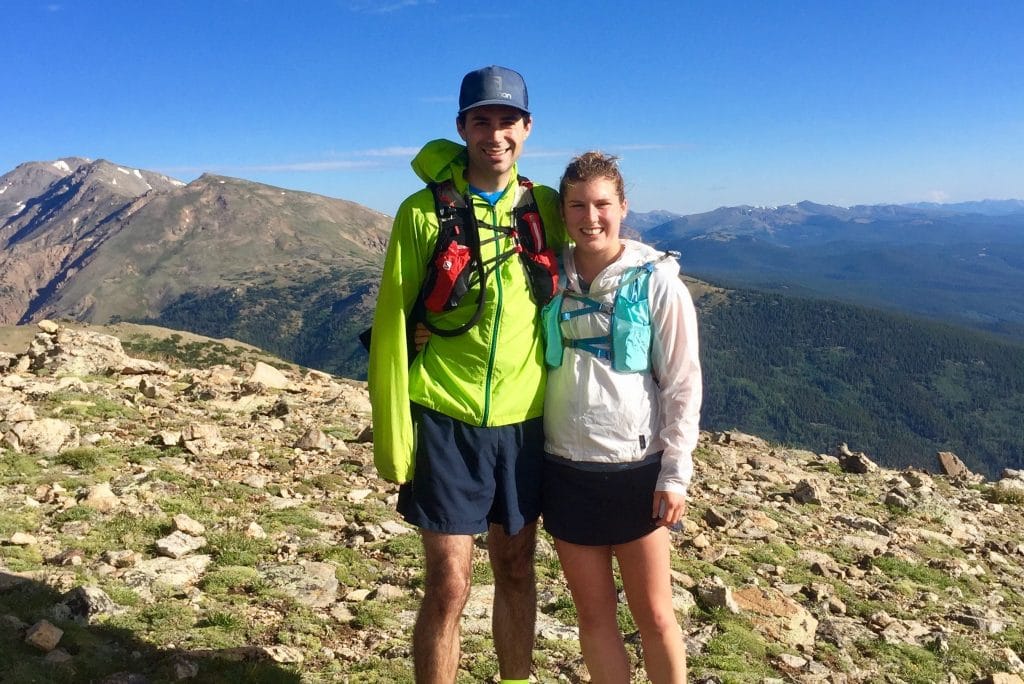 I heaved a harsh exhale and dug my nails into my straining quads. The air was crisp, but not quite cold enough to see my breath. The bare tree branches above me met, creaking a soft hello into the empty space between them. I was alone.

My vision blurred, flecks of darkness interrupted the sunlight speckling the dirt trail. Grains of sand filled my head, creating a disorienting darkness. The tree branches spun around me, and I felt heavy. A damp cloth covered my senses, leaving my thoughts muffled and my emotions numb. I closed my eyes as the world continued to spin.

My running partner was far ahead – I waved him away as my Midwestern legs struggled earlier on the climb. I was conflicted. For me, a panic attack is a solitary act, one I preferred to navigate alone. But I wanted help. I wanted relief. I wanted it to stop.

I opened my eyes and kept my gaze down, trying to bring each individual rock into focus. A stream whispered in the distance, and the tree limbs murmured softly. The world remained an encompassing blur. I took a deep breath and continued upward.

I’ve always dealt with anxiety – this underlying wavelength of distress. From a young age, a craving for control and perfection rippled throughout my daily life. My anxiety pushed me to success in many ways: I was a top student and accomplished triathlete, an obedient and predictable daughter. I was good. But anxiety also coupled itself with other mental disorders –depression, panic attacks, an eating disorder. The panic attacks began quietly. In fact it wasn’t until last year when they became more severe, and I realized that they were panic attacks all along.

It started as fleeting moments of tense tingling sensations around my neck and head. There were brief tremors in my arms and legs, often masked with an aggressively tapping foot. There were episodes of unreality and depersonalization, episodes where I felt separated from my surroundings, as though I were watching the world continue without me. They followed me from the halls of my high school, to my college campus, to my first Washington D.C. office.

The past year was prone to anxiety: A college graduation. Cross-country move. First job. I was inundated with a lack of certainty and a paralyzing sense of isolation. But what were brief episodes became more frequent and severe. Panic often came without warning: In the space between pings of an email; while idly waiting to board the metro; standing in the kitchen, staring at a nearly boiling pot of water. It was the periods of emptiness. The quiet moments. The empty spaces within my being. That is where the panic lies. That is where the anxiety began.

And then I went on a trail run. And the trails forced me into these empty spaces.

My trail running experience was limited to the well-manicured paths in the state park behind my high school. They were often gravel or smooth dirt, and there were no climbs, just soft rollers. I avoided our team “riverbed” runs and swore off trails after getting lost in a meadow of stinging nettles junior year. I declared myself to not be “the wilderness type.”

In college, I found reprieve from heightening anxiety by running on the nearby cross country course. It was a secluded field connected to the university golf course. Coyotes and deer were often my only companions. The course linked to an expansive trail system, but I was too timid to explore it. Nonetheless, I often returned home muddy and exuberant. I craved the field’s subtle beauty and stillness and often went there to think more than I did to run.

It took me six weeks to muster the courage to go to my first trail run in DC. A gaggle of boisterous, smiling runners huddled together near the trailhead. Cars were covered with stickers bragging local ultras along with the occasional big-name 100-miler. For this crew, a 50K was a weekend jaunt. They had colorful trail shoes, mismatching singlets, and a cooler full of beer. A handful of us were new, and we each introduced ourselves before the group’s leader spewed out a series of trail names and directions. I latched on to another newbie (who would eventually teach me everything I know about trail running) and set off. I wrote in my training log later that night: “I found my people.”

That first group run led to my first adventure in Shenandoah the following weekend – a real trail run. I was smitten. It was my longest run to date, but it didn’t really seem like a run. It was an adventure. A long, sweaty, smile-inducing adventure.

I returned the next week. And the week after that. I established my most cherished relationships running those trails. Relationships with others and with myself. I bought trail shoes and raced my first 50K. I figured out how to keep my pack from sloshing and used the word “vert” in a sentence. I made great strides in my eating disorder recovery and admired my body’s strength, rather than its flaws. I hollered on the downhills, arms flailing wildly. I peed in the woods and went camping in the backcountry. I fell in love in more ways than one. I found strength, peace, and reprieve on the trails. I found a yearning for life lying dormant within me, waiting to be ignited.

Before, running was a means of running away. Of escaping these parts of myself I never want to face. But trail running is different. Trail running forces me into the empty spaces of my being. It forces me to be present and alive. On the trails, I face my anxieties, fears, and insecurities, no longer challenging or hiding them, but accepting them. Acknowledging them as perfect pieces of my imperfect self.

I am still healing, but I am also still running.

Vision clearing and heart settling, I made my way up the climb that day. Quads straining with each step, I no longer felt burdened with expectation. I no longer felt embarrassed or ashamed. I felt raw, yes, vulnerable even, but not weak. Many of us take to the trails to expose the empty spaces within us, to grapple with our weaknesses and uncertainties, with the anxiety that is so quick to fill any crack or crevice within our being. Trail running taught me to no longer run away. It taught me to find satisfaction and contentment not through filling these spaces, but through their vacancy.

I rested my hands on my hips as we took the final step to the summit, smiling. We scampered over scattered boulders to get the best views, catching our breath in the process. I found clarity in the emptiness. Peace in my own insignificance. Running the trails reminds me of the limited space I occupy on this earth, and the deliberate ways I can choose to occupy it. Trail running shifted my perspective. It teaches me humility and grace, self-love and patience. It teaches me to accept and acknowledge all aspects of myself. It teaches me to be grateful for my small corner of this earth.

The trails introduced me to myself. To the woman I am in this specific moment, not the woman I should be, nor who I could become, but who I am right now. And she is not defined by her anxiety. She is not defined by her eating disorder. She is just a small speck in our vast landscape. A small, smiling, speck shuffling her way across Shenandoah’s ridges and peaks, grateful for each mile.

Samantha is an avid trail runner and adventurer, often found frolicking in the woods in search of great views and fun downhills. An advocate for women’s health and healthy body image, Samantha is actively involved in the Lane 9 Project, a group dedicated to engaging active women and girls in a conversation about the issues of female athlete triad and body image. When she’s not adventuring, she’s writing, baking gluten-free cookies, and embracing her lack of finger strength at the local climbing gym. You can find her on Instagram @strong_sam, Twitter @StrongSam2, and Strava, or reach out via email at [email protected]
More From Samantha Strong