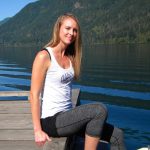 Korbi is an outdoors enthusiast, at heart, 100% of the time. She grew up in rural Minnesota and found her love of running in her twenties. When she’s not on the trails, she works in digital advertising in Minneapolis, MN and spends time with her two favorites: her husband and their dog, Mya. As a seeker of new endeavors in life, she hopes to show career-driven women that it’s possible to find a fulfilling balance: It just starts with a path. It’s staring you in the face, taunting you to follow its course. It has jagged rocks, exposed roots, steep inclines, and obstacles you never see coming. But the reward. The reward is worth every bruise, every mishap, and doesn’t disappoint. You won’t always know the way, but here you are, at the trailhead of the rest of your life. GO!
More From Korbi Thompson 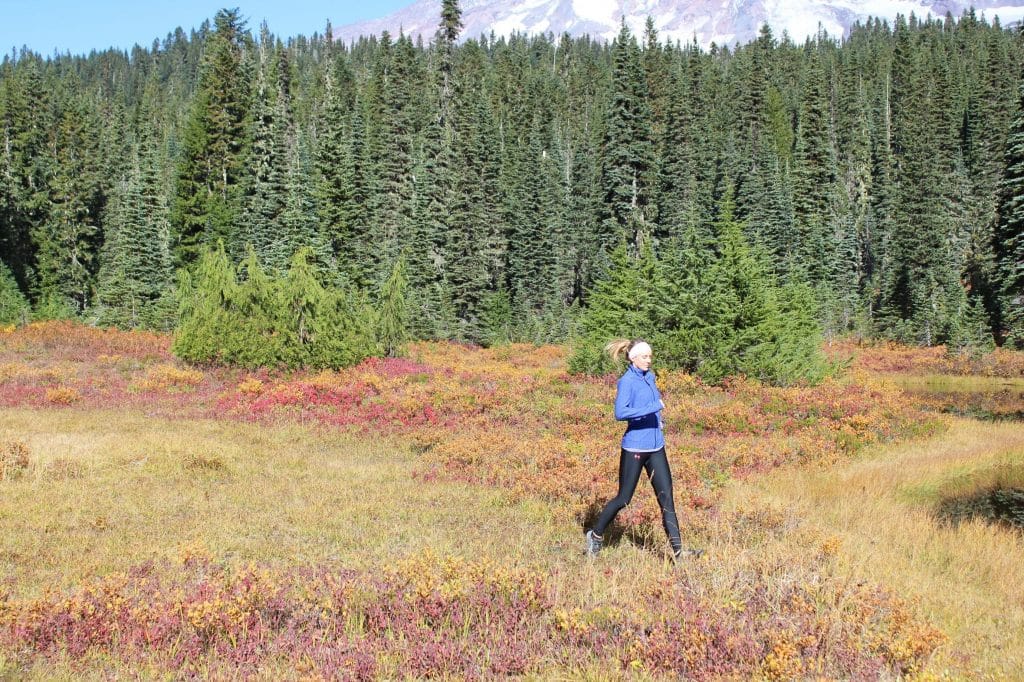 A few years ago, I accomplished something that was never a feat I had imagined as a child, teenager, or even in my early twenties. It wasn’t something I dreamed about doing or that I even believed I was capable of. In the spring of 2015, after my husband finished his first marathon, I concluded that I was going to surpass his distance and complete an ultra. Yes, maybe we’re a little competitive. Although, road marathons never really interested me; I wanted to go into the woods and just run for hours.

I ran track in high school, but other than the random two-mile jogs along the sidewalks in my neighborhood, I was a complete amateur at 27. Establishing a trail running hobby in my later twenties seemed to be a ridiculous exploit in my own head. I found myself running 4 miles, once a week, and starting to vocalize my new ambition at work. That’s when I met her: My first trail sister. A co-worker, to whom I hadn’t spoken much, asked if I wanted to sign up for a 50k trail race that autumn. At that point, it was 6 months away – and I had never run a race outside of my 4 year high school stint of competing in the mile.

Training was hard. Was it fun? Sometimes. Anyone who runs will tell you that there are goods and bads, ups and downs. Now, don’t get me wrong – I love it. But, there is a point sometimes, at 14 miles in, when you wonder what the hell you’re doing. Then, there are times when you finish 20 miles and forget for a moment how much everything hurts, smiling because you can’t believe you actually just ran 20 f-ing miles. It’s a love-hate relationship, there is no question about that. But, through it all, I had a training partner by my side. Although she had never signed up for a trail race herself, she helped me to conquer every training mile with determination and courage. I never envisioned giving up, but there were countless times that I needed to be pushed. That girl has fortitude. The first time we reached 16 miles together, I finished in complete awe of my vigor – vigor I didn’t know was there. We celebrated with pizza and beer.

Many times throughout my training, I wondered if I was behind. Was this something that I could really just pick up and do? Should I have been running for years in anticipation of this mileage?  I wondered if 6 months was even enough time to get me to where I needed to be, without resulting in injury. The truth that I had to face: I didn’t need to win. I was just fine making my cut-offs and running 12-minute miles. Trail running for me wasn’t about time, it was about finishing what I set my mind to, and not giving up. It’s the sense of accomplishment and the feeling of spending hours in the outdoors that I love – and I don’t care what age you’re at when you decide to start this crazy chapter in your life – it’s so possible, no matter how long it takes to get there.

Before I knew it, October was here. I woke up around 4:25 a.m. and checked my pack for the umpteenth time since the night before. I knew I already packed everything needed: headlamp, neck warmer, gloves, GPS watch, map, extra socks, fuel.  I looked near the door where I had placed my raincoat, shoes, and drop-bag. Everything seemed to be in order and my stomach was churning – in a good, excited way. I ate breakfast, drank half a cup of coffee, and was ready incredibility too early. Once it was finally time to leave, I had been watching the clock for upwards of 30 minutes.

I arrived to the site and was pleased that the rain had finally subsided – I prayed that it wouldn’t return. After grabbing my bib, number 326, I greeted the group, ready to run. It was 7:00 a.m. and still completely dark as we began. Once we got going, I tried not to think of the number of hills I would be forced to climb on the second and final loop as I passed them the first time around.

After the first 20 miles or so, it was only the two of us, together until the finish. We genuinely needed one another at that point. Without someone at my side, quitting would have seemed reasonable, heading into “the dark times.” What I mean by that, is the following that happened around mile 27: laughing deliriously and completely out of nowhere, deciding that running through a shallow puddle was a good idea because my feet were hot, singing parts of songs from Disney movies, and finding myself saying things like, “do you hear those birds? They don’t sound real, it sounds like a big music box.” Umm, what? I have no idea what was happening to my brain during those few hours.

We also began naming things that we loathed while running our first ultra:

Mud.  It decided to rain for the first time in weeks – WEEKS – the day before that race. I despised mud. It was the enemy and I wanted it to die.

Hills.  The course was pretty level, but when I saw the hills ahead, I stared up at them with intense hatred.

My Shoes.  The same shoes I trained in for months. They are too small and I was most certainly returning them because I never wanted them on my feet again.

The Sun.  It was gloriously cloudy all morning, but then, so close to the finish, it was going to be a “nice day?”

The Field.  The beautiful prairie that we ran through for miles. I prayed to see woods ahead. The open prairie beneath a scorching sun…I hated it.

After all of those feelings diminished, at about mile 30, the end was near and I found myself in new spirits. I felt happiness, gratefulness, proudness, and even more ambition. I was astonished that I could push past any pain I was feeling and ignore every negative thought I had. I could run 33.4 miles (yes, my first trail course was actually more than a true 50k) and still come out alive and well on the other side. I felt more than alive. I felt like I could do anything, as cliché as that sounds.

These are the things that I discovered I loved after my first ultra:

The People. Oh, the runners you meet on the trail! Everyone is amazing and always, always encouraging.

Peanut Butter and Jelly Sandwiches. I’m pretty sure PB&J’s saved me on my first trail race. I looked forward to snatching that small triangle at every single aid station.

My GPS Watch. It lived! Its batteries lived through the entire race and I was so happy to be able to save that time in its memory.

Single-Track. Just to be in the cool, shady trees. That was one of my favorite parts, as it always is on my runs.

The Top of the Hill. I gained an immense appreciation for the top of the hill. Climbing up was work, but the feeling of reaching the top is a great one.

Myself. After this race, I was genuinely proud of myself. I wish to garner that feeling every day of my life.

Knowing that I could focus my mind on something so trying and that my body would not fail me, was honestly an incredible feeling. I had no regrets on my first trail run journey and will keep running as long as I can. I want to be that seventy-year-old, crossing the finish line of a 50 mile trail race. I learned not to be afraid to start something completely new and scary, and the age in which you start it is irrelevant. I have running and my lifelong trail sister to thank for that.

Korbi is an outdoors enthusiast, at heart, 100% of the time. She grew up in rural Minnesota and found her love of running in her twenties. When she’s not on the trails, she works in digital advertising in Minneapolis, MN and spends time with her two favorites: her husband and their dog, Mya. As a seeker of new endeavors in life, she hopes to show career-driven women that it’s possible to find a fulfilling balance: It just starts with a path. It’s staring you in the face, taunting you to follow its course. It has jagged rocks, exposed roots, steep inclines, and obstacles you never see coming. But the reward. The reward is worth every bruise, every mishap, and doesn’t disappoint. You won’t always know the way, but here you are, at the trailhead of the rest of your life. GO!
More From Korbi Thompson