Homepage / Community / Take Away Lessons from Thru Hiking the CDT

Take Away Lessons from Thru Hiking the CDT 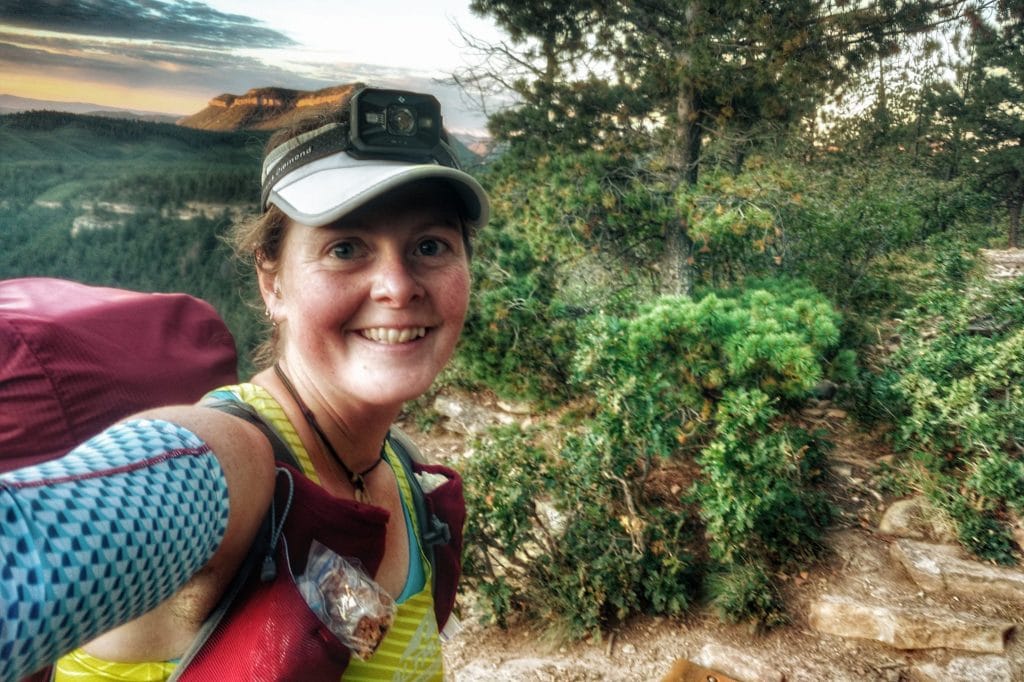 When you hold 3 Fastest Known Times (FKT’s) on long trails, most people seem to think you’re not only invincible, but that you know everything there is to know about setting records.

The reality is that FKTs are no different than races, training runs, and climbing mountains. Each route is different. Your body is different. The weather isn’t guaranteed, etc.

In the past 4 years I’ve set self-supported FKT’s on 3 of the 11 National Scenic Trails (Pacific Crest, Appalachian, and Arizona Trails). Self-supported efforts entail receiving no planned assistance from third parties, although unexpected kindness from strangers is acceptable (such as other trail users spontaneously offering you a cold drink at a trailhead). You also can pick up really resupply boxes that you’ve mailed yourself, or purchase supplies in town.  I really enjoyed this style of adventure for it’s simplicity as well as its challenge, all while being completely responsible for my own success or failure. Being totally self-sufficient in the mountains while pushing my physical limits makes for a great sense of accomplishment and confidence.

I asked Gina if I could write, not about my recent success in becoming the second woman to complete the Double Triple Crown of backpacking, but about my failure to set the Unsupported FKT on the Colorado Trail. While both successes and learning experiences have great stories, I think there’s more value in the the things we learn when a plan doesn’t come together.

A little about my goals:

I wanted to set the Unsupported FKT on the Colorado Trail. That meant no outside help, no trail magic, nothing acquired on route with the exception of water. This was a next level endeavor which required me to further refine my methods and skills beyond those necessary for a Self-Supported adventure. I’ve never done an FKT in this manner before. I wanted to see what it was like to run across the mountains of Colorado with only what I had on my back. The time to beat was 9 days and 12 hours. There is no female record in this category.

A little about the route:

The Colorado Trail stretches between Denver and Durango and is 465 miles long. Much of it is concurrent with the Continental Divide Trail. It’s a primarily high elevation route mainly above 10k feet. Most people take 6 weeks to 2 months to complete it.

I started from Durango, going the opposite direction that most people travel. My thought was to get through the highest, most unstable weather areas first when I could see a good forecast. The first day went really well, even though my pack weighed 35lbs.

I slept 4 hours that night and was on the move at 4 am the next day. I only did 46 miles instead of the 50+ I needed, but I’d anticipated a little less miles when my pack was heavy and I was tackling the hardest terrain.

The second day didn’t go as well. My appetite was gone, which meant my pack weight wasn’t diminishing as fast as I wanted. An old injury in my foot began to bother me. I made it only 46 miles yet again. I woke up after 2.5 hours of sleep shivering. I was camping over 12k feet and it was literally freezing.

Day 3 was the hardest day with an immense amount of elevation gain and loss. In 3 days I’d eaten the equivalent of one and a half days of food. My pack still weighed 30lbs. By that night I was hobbling because of the pain in my foot. I couldn’t remove my sock due to swelling.

Yet again, I woke up shivering and started hiking. I did the math in my head and realized that in order to break the record I would have to average at least 53 miles per day. I was only averaging 46. My foot bulged so much that I could see it through my shoe. The pain was widespread and excruciating. I began to worry that I had a stress fracture, not simply a recurrence of the old tendinitis.

I pushed on through that day, finally hiking 50 miles in one day. I still hadn’t eaten much and felt like I was lugging rocks for no reason.

The morning of day 5 I sent out a message that I was abandoning the attempt.

The first thing I learned about this style is that it’s better to be hungry than to carry too much food. Because I was unsupported, I had to carry everything start to finish. No throwing away trash or extra supplies. I had packed based on my consumption while hiking the Continental Divide Trail (CDT) and the increased effort left me unable to take in the type and the quantity of food I planned.

Now while we’re on the topic of the CDT… As a training plan, I had the brilliant idea to hike the CDT from Canada to Colorado. I then attempted the FKT with 2 days rest, and then planned to finish hiking the CDT to Mexico. This looked like an excellent training plan on paper, but the reality is that thru-hikes drain you, even at a relaxed pace. I was definitely in shape, but I wasn’t adequately rested. Rest is crucial to any athletic endeavor especially FKTs.

Injuries probably don’t heal while you’re training. I developed perennial tendinitis after competing in Barkley Marathons this year. It bothered me through the first 1,000 miles of the CDT, and then went away. I mistakenly believed that I was better. The reality is that I probably needed to be symptom free for 6 full weeks before trying to do an FKT, not 3 weeks.

Unsupported FKT attempts are insanely difficult. Gauging caloric needs from home, making the pack weight manageable while still planning for the volatile weather of Colorado, making miles with a heavy-ass pack, and turning down free beer is much, much harder than a self-supported effort.

What I’d do differently:

I’d go East to West. There’s probably a good reason why everyone goes this way. Perhaps it means a gamble on the weather in the Western half, but it gives you mellow terrain to cover when your pack is heaviest rather than wearing yourself out in the first 3 days.

I’d carry a different pack. I used a running pack (Fastpack 45), but for an unsupported attempt I was doing far more hiking than running. The pack didn’t support the load well and led to serious pain. Test out the gear! My backpack that I’d been using on the CDT (Gossamer Gear Silverback) would have been better suited.

I’d be fully trained and fully rested with no half healed injuries. Hand in hand with this is, don’t try an FKT in the middle of a 3,000 mile thru hike!

I would take less and different food.

Perhaps I would also do this trail supported rather than unsupported.

The number one thing I took away from this experience is to accept the limitations of time and the body. I overextended myself this year with Barkley training, two thru-hikes (Oregon Desert Trail and CDT) and trying to squeeze in an FKT along the way. There isn’t time to do it all. Period. Accept that and invest in doing the things that matter the most with full attention and dedication, and be satisfied with what you have done and can do.

Heather, known as Anish on trails, completed her “Triple Crown” of Backpacking in 2006 at the age of 25. She completed the 2,100 mi long Appalachian Trail in 2003, the 2,600 mi long Pacific Crest Trail in 2005, and the ~2,600 mi long Continental Divide Trail in 2006. She subsequently took up ultra-marathon running, completing six 100 mile races since August 2011 as well as dozens of 50k and 50 mi events. She has attempted the Barkley Marathons three times, starting a third loop once.

She is well known for setting the overall self-supported Fastest Known Time (FKT) speed record on the Pacific Crest Trail in 2013 (60 days, 17 hours, 12 min), breaking the previous record by four days. In 2015 she once again made FKT history, setting the overall self-supported FKT on the Appalachian Trail (54 days, 7 hours, 48 minutes) also breaking that record by four days.

When not on an adventure Heather is an online coach and ACE certified Personal Trainer. She also speaks about her adventures regularly and is currently working on a book chronicling her Pacific Crest Trail record.