Where to Run in San Diego, California 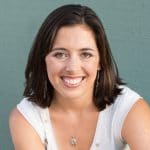 Allison is a freelance writer who spends her free time running, eating, drinking, and yoga-ing around San Diego (often with her dog in tow).
More From Allison Keltner 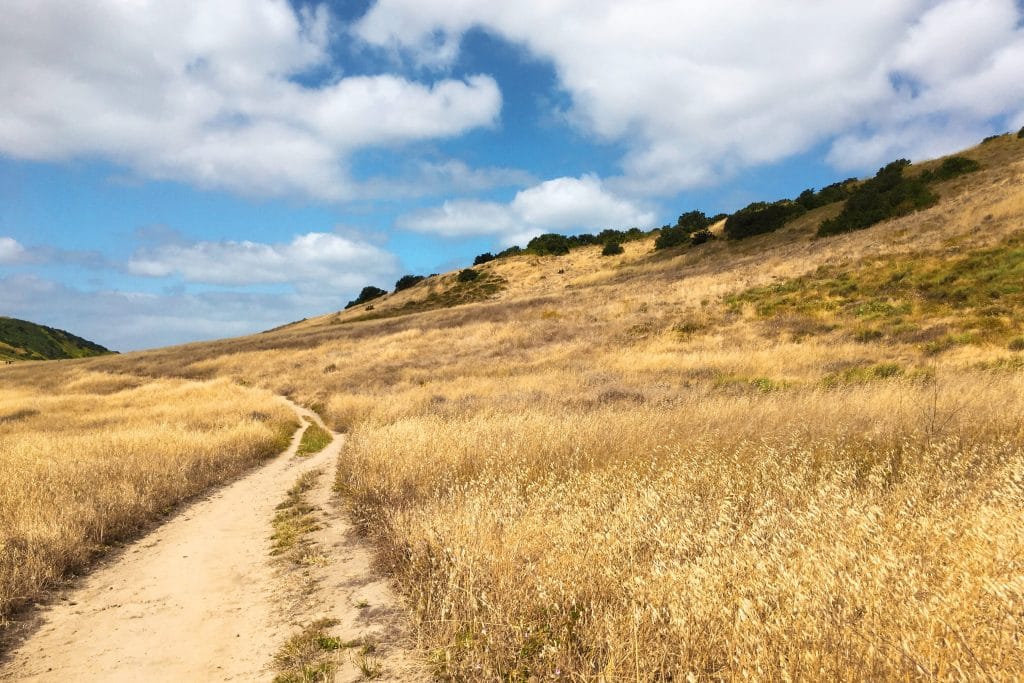 I’ve lived in San Diego for just over six years now. It goes by “America’s Finest City” and I have to agree with the distinction—I have a hard time imagining anywhere with such great climate, fantastic restaurants, a killer craft beer scene, and of course—trails galore!

San Diego County is huge and includes just about every kind of landscape possible—beaches (of course), rolling hills of chaparral, forests, mountains, and desert. The latest “Afoot and Afield” hiking guide features over 250 hikes, and while not all are ideal for running, that gives you an idea of the sheer number of options you have when running here.

Plus, partly because our weather is so incredible, the running/outdoors/fitness culture here is strong. There are dozens of running clubs and groups, races almost every weekend, and tons to do when you’re done with your run. And while we do get crazy heat waves every now and then, the marine layer means if you’re willing to get up early, you can still get some solid miles in before it gets unbearably hot.

It’s a 7,220-acre playground! Just a short drive northeast of downtown, Mission Trails has some of the best trails and scenery in the city (and the highest peaks within city limits). Even though it’s a popular spot for hikers, runners, and mountain bikers, it’s easy to find uncrowded trails. Whether you want some easy flats or a killer hill workout, you’ll find it here. There’s even a campground near the Old Mission Dam that’s open Friday and Saturday nights only.

My favorite trails in here are a combination of the Grasslands Loop and Oak Canyon (it’s almost four miles—the AllTrails mileage is if you do the loop part twice, perfect for quick runs with my dog), the Rim Trail, and the Fortuna Loop Trail that takes you up and over both the North and South Fortuna Peaks. A word of warning: the park’s maps and trail signage are…not great. I use the AllTrails app to get ideas for routes and stay on track when I’m in the park.

Also part of Mission Trails is Cowles Mountain—the highest peak in San Diego (city limits, that is, at 1,592 feet)…and the most crowded. My best tip is to go early on a weekday to avoid the crowds for a short but challenging climb (about three miles round-trip). I’ve also gone midday during the week and it wasn’t too bad…but I wouldn’t recommend that in August (or during our sporadic heat waves in September and October). Also, the only way to get to Pyles Peak, the second-highest summit (1,379 feet), is over Cowles (the Pyles Peak trail starts next to the Cowles summit). That trail gets much less traffic and will make your out-and-back about six miles.

And once you’ve done Cowles and Pyles, you might as well climb Kway Paay and the Fortunas to complete the 5-Peak Challenge.

Balboa is perfect for shorter runs when you don’t want to drive too far. Like Mission Trails, their trail maps and website are super confusing, but since you’re right in the middle of the city, you’ll have cell service so it’s hard to get lost.

I love running up and down Florida Canyon (park at the Morley Field Dog Park; the trail starts at the south end). You can run down until the trails ends at Florida and Pershing Dr. and just go back up, or make up some loops and crisscross back and forth (there are trails on both sides of Florida). I also like the Bridle Trail, which runs along the west side of the 163 freeway and offers a little more shade. There’s also a really fun trail that I think is unofficial and meant for mountain bikers (there are lots of little dips and jumps). Look for it near Balboa Dr. and Quince Dr.; it’ll run between Quince and the Bridle Trail for a bit before dropping down to Bridle Trail. Just watch out for bikers.

This preserve is one of my favorite spots. There are multiple trails, the main ones stretch roughly six miles on either side of Penasquitos Creek. There’s a (small) waterfall right in the middle that makes for a good turnaround point or spot to take a quick break on a longer run. Side trails also connect you to other trail systems.

I like to start on the west side at the trailhead off Sorrento Valley Rd. and take the Wagon Wheel Crossing (less than a mile in) to get to the north side of the creek, which is usually less crowded. Keep an eye and ear out for mountain bikers (do this pretty much anywhere in San Diego; many trails are as popular, if not more popular with bikers than runners).

The Coast to Crest Trail segment through Lake Hodges is great for a long, mostly flat-ish run. You have 22 miles of trail from Santa Fe Valley all the way through San Pasqual Valley. It ranges from single track to flat and wide enough for 3-4 people. There are other trails around Lake Hodges—I like the Bernardo Mountain Summit trail for a moderately-challenging climb.

There are other segments of the Coast to Crest Trail, which is in the San Dieguito River Park (one day, it’ll be one continuous 70-mile trail going from the coast in Del Mar up to Volcan Mountain, north of Julian). As you go further east (Santa Ysabel Open Space), you start to gain elevation and the terrain gets more strenuous, but also absolutely beautiful. You’ll have a hard time believing how close you are to a major city!

And if you like challenges, the San Dieguito River Valley Conservancy has its Coast to Crest Trail Challenge. The only trail in the challenge that’s not really runnable (unless you’re part mountain goat) is Volcan Mountain.

To be honest, Torrey Pines is not my personal favorite place to run because you either have to pay for parking (or get lucky and find a spot outside the parking lot) and you can’t bring dogs because it’s a State Reserve (where I go, my dog goes). But if you want some truly iconic views and challenging hills, you can’t miss this one.

This canyon snakes its way through the Clairemont, Linda Vista, and Bay Park neighborhoods. To run the whole length of the canyon (and back), you’ll cover almost 10.5 miles, but there are several options for side trails and other options to run loops or shorter routes. The terrain is a little bit of everything, from fairly flat service roads to hilly, rocky single-track.

If you need mountains, head east. The Laguna Mountain Recreation Area, in the Cleveland National Forest, is about an hour from San Diego and has tons of trails for running and hiking. A couple of my favorites are the Big Laguna Mountain Loop, which is 10.7 miles, and the Big Laguna Trail (13.6 miles), which are moderate (mainly due to the altitude, you’re above 5,000 feet out there). They’re especially beautiful in the spring (wildflowers!) and extremely pleasant in the fall (cooler temps, fewer people). You can also check out the PCT—park at the Penny Pines Trailhead for the easiest access.

Also, before you head out, make sure you grab an Adventure Pass (day passes are $5, annual passes are $30). Get them at most Big 5 stores, REI, Adventure 16, Nomad Ventures, and Forest Service stations. (The Forest Service has a list of vendors here; sort by zip code and skip ahead a few pages until you get to the first listing for Alpine/92901; the next 50 or so are San Diego County locations.).

Their “progressive” series is perfect for newer runners who want to work their way up to longer distances—from April through October, you start with a 5K, then a 10K, 15K, and finish the year off with a half-marathon. The first three races also have half-marathon options, and if you finish either series (either run all four half-marathons or complete the progressive series) you get some sweet finisher’s prizes.

I’d say if you finish the Stairway to Heaven 15K/Half (which is in the freaking middle of August), Raptor Ridge (the final race in the series) will be a piece of cake, but the hill in that one is brutal too.

If you’re more of a speedster and want some serious competition, try the Dirt Dog XC series, which run from August through November. Races range from 5K to 8K and are mostly on cross-country courses, not exclusively trails (but bonus: entry fees are super cheap!).

They have a 50-miler/marathon, a women-only half and 5K in Temecula’s wine country, and the Lake Hodges Trail Fest with a 50K, 15K, 5K and kids’ 1-mile fun run.

Full disclosure: I’ve yet to run an ultra, so I have no experience with these, but I have watched part of the San Diego 100 because we happened to go camping near the course that weekend. The Slam includes a 50K, 50-miler, 100K, and 100-miler. Each race is managed independently but the race directors got together to create a special award for the badasses who complete all four in the same year.

A couple of the XTERRA Trail Run series races are in San Diego (Mission Gorge and Black Mountain).

Another ultra (with shorter options) is the Sycamore Canyon 100K/50K/half (relay options for the 100K).

Where to Eat & Drink

Some will say that San Diego’s food and drink scene is basically Mexican food and craft beer. They are not wrong, but they aren’t telling the whole story. Let’s start with the beer:

You can’t go wrong with the hundreds (thousands?) of taco shops you’ll find everywhere. Fish tacos, apparently, were invented in San Diego and they’re really not the same anywhere else. You also must try a California burrito (carne asada burrito with French fries)—my favorite is at Taco Surf in Pacific Beach.

If you’re craving something besides Mexican, check out Little Italy (all the carbs!). I can’t begin to make specific recommendations; just about everything there is good.

And don’t miss the Liberty Station Public Market in Point Loma, which is modeled after Pike’s in Seattle. Take a full lap to fully work up your appetite before making any choices.

For running gear, I can’t recommend Movin Shoes (they have locations in Pacific Beach and Encinitas) or Milestone Running in North Park enough! The folks that work at both stores absolutely know their stuff and won’t steer you wrong when it comes to shoes or gear.

Both stores host free weekly group runs, but they’re usually on roads (Movin Shoes will occasionally host “Hoppy Trails” runs where they have a 5K-ish run followed by a meet-up at a local brewery). Milestone has weekly donation-based yoga in the store on Sundays if you need to give your muscles some tlc.

I’ve also heard good things about Fleet Feet Sports in Carmel Valley and Just Run in La Jolla, but haven’t shopped at those places myself.

For outdoor gear, there are a few REI stores around the county. Locally, there’s also Adventure 16 in San Diego and Solana Beach, and Nomad Ventures in Escondido.

Allison is a freelance writer who spends her free time running, eating, drinking, and yoga-ing around San Diego (often with her dog in tow).
More From Allison Keltner