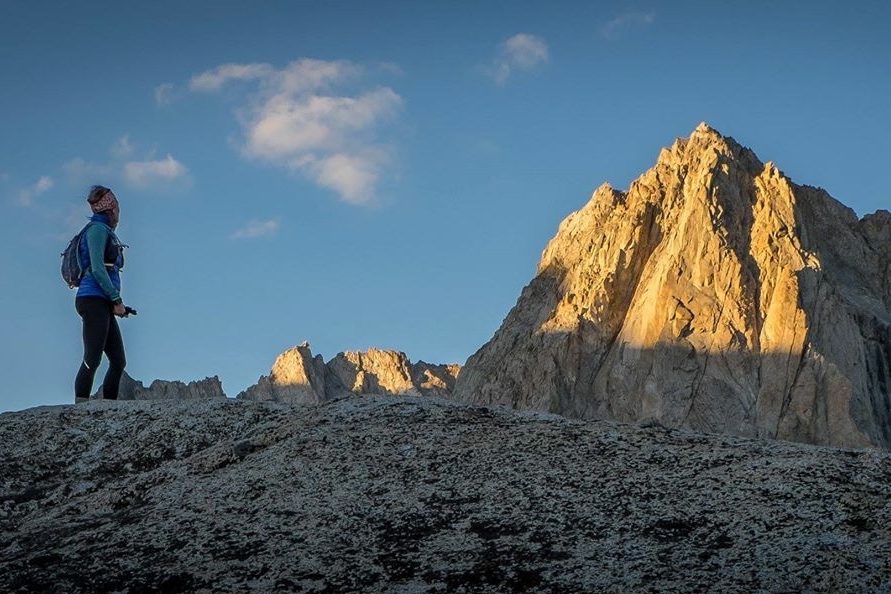 Today’s article is not focused on trail running. Today’s article is for women being sexually harassed. As a woman, a community member, and a victim of sexual harassment, I want to inspire women to share their voices and become advocates for change.

Within the past few months, sexual harassment has been a main stream issue. There have been many interesting and revealing articles, but the recent poll results conducted by ABC News – Washington Post,  struck me the most.

According to poll results, 54% of U.S. women have experienced or encountered unwanted and inappropriate sexual advances from men. “Three in 10 have put up with unwanted advances from male co-workers and a quarter have endured them from men who had influence over their work situation.”  – Gary Langer, ABC News

Reading these statistics and hearing other women’s stories has empowered me to use my voice to aid in change. With that being said, I want to share my experiences in hopes you will share yours to continue this momentum and demand for action.

I was worried for so long that if I spoke up, things wouldn’t change. What if the men I accused found out, would they harassed me more, or worse? I know now that keeping quiet wasn’t the answer. There is power in numbers when we all speak together.

To lead by example, here are my encounters with sexual harassment…

I was a sophomore, an aspiring tv/film student. I lucked out (or so I thought) to be mentored by a “big cheese” producer who lived near the university, and who would occasionally lecture classes. I’d usually head to his house after cross country practice where he’d have a list of things for me to help him with that were legitimately valuable in the biz.

It wasn’t too long before he started complimenting more than my work, asking for massages to help his stress, forcing late night work sessions, and finally proposing we should sleep together.

During my senior year and shortly after graduation, I had been working freelance jobs. I hustled to be the best on set in hopes of securing my next gig, or being offered a company role. Instead, I was offered a bedroom invite where I could elevate my job position by elevating his manhood. This happened not once, but another 4 times by separate individuals.

These situations crushed my spirit and drive. I wanted nothing more than to be a Feature Producer, but I quickly equated the tv/film industry as a place to barter sex for job advancement.

With a fresh outlook, I turned to the outdoor industry. My experience in the outdoors was always pure and comforting. I was hopeful my interactions with industry professionals would be the same.

Unfortunately, one of my first jobs in the outdoor industry led to more of the same. Comments about my body and what he wanted to do to it, along with propositions of sex. He was my boss, scheduled my hours, granted my days off, and controlled my pay.

I quickly learned that sexual harassment was (is) everywhere. I thought I could avoid it by running away to a new profession, but I was wrong. I gave up on hiding from it, and instead, put up with comments and solicitations.

Missing out on an opportunity or not getting the raise was never worth sacrificing my integrity or my body, but I’d be lying if I’d say I never considered it. When you feel threatened, scared, and powerless, it’s hard not to.

These were awful situations to experience, but what was even worse…feeling guilty for saying no. I would politely decline the invites…can you believe that…politely decline! I was worried I’d hurt their feelings. I was worried they’d be mad at me. How twisted is it that I could allow myself to feel bad about not giving in. I somehow thought the situation was my fault.

People generally focus on the physical damage sexual harassment does to a person, but what about the mental and emotional sides?

According to the ABC News – Washington Post poll results, “Female victims, meanwhile, suffer an emotional toll: Among those who’ve experienced unwanted workplace-related sexual advances, 83 percent say they’re angry about it, 64 percent felt intimidated by the experience and 52 percent say they were humiliated by it. Fewer, about three in 10, felt ashamed.” – Gary Langer, ABC News

I’m sure many women reading this post have gone through similar situations or worse. Sexual harassment isn’t harmless joking, it isn’t something that is socially acceptable or ok. Sexual harassment can be physically and mentally abusive, and when it happens, it needs to be called out.

So, I’m doing something now by asking you to be fearless. Don’t brush off the propositions or unwanted situations. Stand up for yourself and tell someone! You can’t help yourself (or anyone else who may be getting harassed) by keeping quiet. We need to empower and support one another. Help make a change by making a statement.

Here are a few resources you can contact for help or for more information.

How to Report Sexual Harassment in the Workplace

If you have experienced sexual harassment, what did you do about it?

What is the major reason why women don’t speak up?