Homepage / Community / How to Stay Motivated During the Mud Season

How to Stay Motivated During the Mud Season 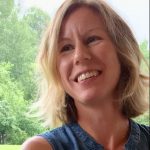 Whitney Hull is a mother, wife, and dairy cattle nutrition consultant living, and running trails, in Stowe, Vermont. She enjoys a good cup of coffee, a trail run that involves plenty of climbing, and owning more running related gear than “regular” clothes. You can connect with her on Instagram @anewwhitney and by email at [email protected]
More From Whitney Hull 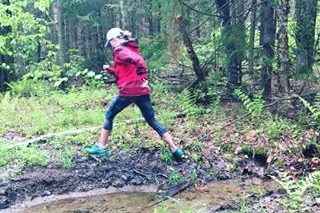 For most of you, spring is already here, and with spring comes warmer weather, as well as rain and mud. If, like me, you live in an area that is currently buried under 4 feet of snow as I write this, spring weather may seem like a cruel joke. The in-between seasons, or shoulder seasons, can be a tough time to get motivated to get out there and hit the trails. The weather is unpredictable and the condition of the trails can make for some tough running conditions. Here are a few tips to keep your stoke high even when the weather can’t make up its mind.

Find some friends who are as crazy as you.

Sign up for a race in late spring or summer.

If you have a race on the calendar, especially a goal race, keeping that goal in mind can be a huge motivator to keep training through the rain/snow/sleet/mud. I’m a very goal oriented person, so having a plan to follow is usually enough to get me out there. Although I haven’t tried it yet, I think a destination race somewhere warm would be a great way to change up the scenery. There are so many great races out there to choose from, and every time I look at pictures from the Hurt 100 or some of the other warm and sunny locations, it’s almost enough to make me want to sign up for 100 miles just to escape the cold and clouds for a few days!

Find something that excites you. Whether that’s a new piece of running gear, a new route, or a new cross training activity, find something that makes you want to get out the door. For years I’ve been saying that I was going to learn to ski, and this was the year that I finally made that happen. I may not be the best person out there on the hill, but there’s something exciting about trying something new. I’ve taken to skinning up the hill and then skiing back down, so it’s actually an incredible workout. I also love to cross-country ski, albeit also not very well, which is another way I cross train during the winter. It’s not running, but it’s still a workout and it allows me to change my mental state when I feel like I’ve hit a wall with winter running. Thanks to several winter storms that left us with over 5 feet of fresh snow on the mountain, I’ll be skinning for weeks to come! Since most of you aren’t buried under feet of snow, shoulder season is also a good excuse to hit the gym for some strength training. If nothing else, it’s a break from the rainy weather, and you’ll get stronger as an added bonus!

I’m sure this goes without saying, but respect the trail conditions. If it is very muddy, running on trails is only going to further damage them. It is much better to allow the trails to dry out a bit and find somewhere else to run than take the risk of damaging the trail and its surrounding vegetation. Set a good example for others who may use the trail.

Like most people, I enjoy the occasional reward for my hard work. Sometimes I have to bribe myself into sticking to my training plan or getting out there when the weather is truly miserable. Sometimes that reward comes in the form of my favorite turmeric latte on the way home from a run, and sometimes it comes in the form of a fun new piece of running gear (I’m looking at you, Oiselle cat lady bra!). Sometimes getting to catch up with my friends over a long run is all the reward I need. Find something that motivates you to get out there in the cold, snow, and rain, and mud, whatever that is for you.

Let go of the guilt.

We aren’t all going to be super motivated all the time. I think Instagram can make it easy to think that everyone else out there is getting up at 3 am on a Saturday to knock out 20 miles, then coming home to prepare a gourmet breakfast, followed by a full day of fun and creative activities for the family. I’ve come to accept that I’m not that person. I have no problems jumping out of bed at 5 am during the summer when it’s warm(er) and the sun is out, but the winter and early spring months are a different story. There have been times where I’ve felt like everyone else must be doing more than me, and that I should be getting up to get my runs in during the early pre-dawn hours, and that would somehow change things. At some point I decided to let go of the guilt of what I thought I should be doing, and instead focus on managing my daily schedule so I can fit in a run when it works for me. Sometimes I skip runs in the winter. Sometimes I have good reasons, like having the stomach flu, and sometimes I don’t, like it’s -25 degrees and I just don’t want to. The point is, missing one run or a week of runs, doesn’t define me. No one out there is going to think less of me because I ran less miles. I can beat myself up about it and feel guilty, but that doesn’t change anything and it certainly doesn’t make me a better parent/wife/coworker/friend/person. Women tend to place a lot of unnecessary guilt on themselves, (raises hand) and I think we would all be so much happier if we just let go of that guilt and gave ourselves a pass. Chalk it up to a bad day, and start over again tomorrow. I know that’s easier said than done, but at least acknowledging that we are more than just a bad run is an important step.

Listen to your body.

The transition between seasons can be a tough time for your immune system. Listen to what your body is telling you. Do you feel extra tired? Maybe you need to get some extra sleep instead of pushing for that extra run. Maybe you need some extra supplementation in your diet? Maybe you’ve been hydrating with coffee instead of water and your body is reminding you that coffee isn’t actually hydrating. I’m particularly guilty of slacking on my hydration and sleep during the months when the weather isn’t warm and sunny, and I know it affects my motivation as well as how I’m able to fight off any sickness. Little reminders are helpful for me, like making a chart of how many glasses of water I drink in a day, and making sure I’m taking my vitamins. All the little things start to add up and can be the difference between a few sniffles turning into a full blown sickness.

Spring is here, and the months of warm weather running and playing on trails are in sight. But hopefully these tips apply not just to running during shoulder season, but to anytime that you feel like your motivation is lacking. So the next time you find yourself gazing outside at the rain falling, questioning whether or not to bite the bullet and get out there, remind yourself that there’s nothing more fun than running in the rain and splashing through puddles.

Whitney Hull is a mother, wife, and dairy cattle nutrition consultant living, and running trails, in Stowe, Vermont. She enjoys a good cup of coffee, a trail run that involves plenty of climbing, and owning more running related gear than “regular” clothes. You can connect with her on Instagram @anewwhitney and by email at [email protected]
More From Whitney Hull