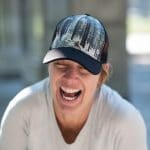 My goal is to get as many new runners as possible, increase the awesome community, and laugh while doing it.” – Beth Baker Beth Baker started Running Evolution out of trying to run and failing for almost a year. She says she made every mistake; bad sports bras, wrong shoes and just, well, doing it wrong. But after falling in love with the sport and helping her friends start running, she knew she was on to something. Her business was created 16 years ago and 3,000 new runners were made from the program. When she’s not running, she enjoys lots of tacos and being in a body of water.
More From Beth Baker 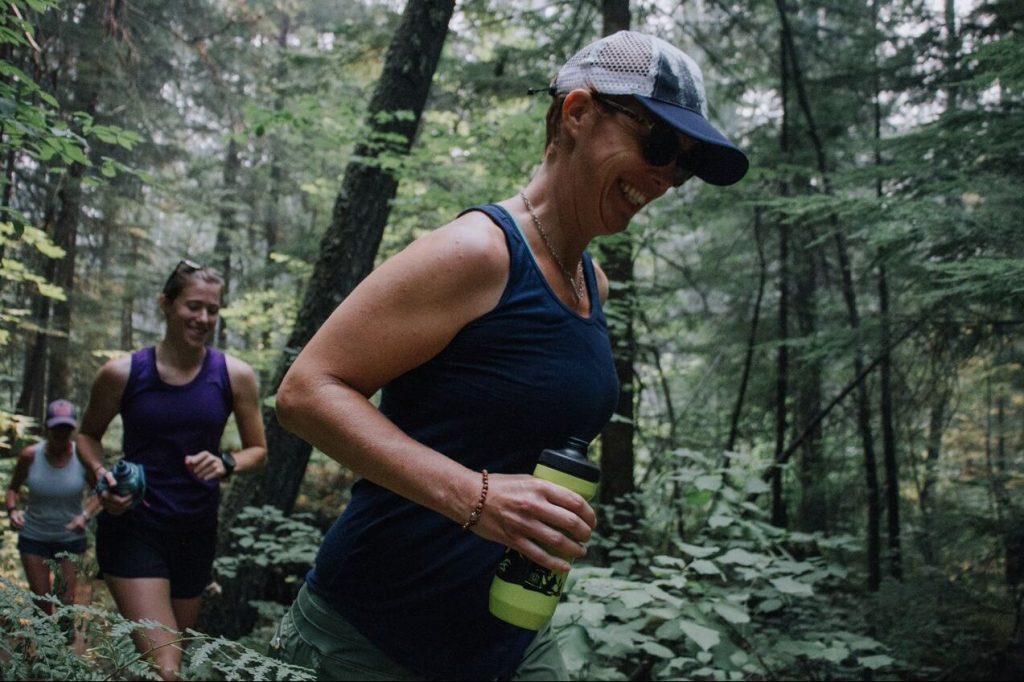 A few years ago, my legs and I were flying along an amazing trail next to the Deschutes River, and we were all having a blast! I felt like a 10 year old on a roller coaster. My whole body was just giddy and I felt completely alive. Then all of the sudden, the party stopped and a little weird feeling knocked on the door like a cop breaking up a kegger on prom night. Dammit! I was just falling in love with this moment and then YOU show up. Fear, you see, was pointing out to me that I was maybe going a wee bit too fast, and that those rocks that I was effortlessly navigating not two minutes before, were all aiming for me now; all poised to pull me down and mess up my face. So, what did I do? I slowed down and my feet started to shuffle. Then a pencil size tree root found my toe, pulled my foot under my body, and I fell down (like in slow-motion action). Of course it didn’t hurt…I even started laughing because it was so transparent. If you are having fun and totally in the moment, fear is going to whisper something sweet and scary to you and it will push you down if you let it drive your mind.

A wise man once told me, “tramps like us, baby we were born to run.” Well, sorry Boss, but some of us were not born to run. I had to learn how to do it over a long and agonizing year of cussing, crying, and a few tantrums on my way to my first 5k. It took me so long because I was scared. I was scared I was going to die, or that I looked dumb. I worried that if I was a runner, I wouldn’t be cool anymore (I was never cool by the way). Or I freaked out that I would have to start actually taking care of my body and not feed it garbage wrapped in beer cans anymore. I eventually got over it, and upon doing this and talking to people, I realized that the biggest hurdle inhibiting people from running was that they were afraid. Yep, our buddy and sometimes jerk, fear. I kept hearing from people that they were afraid of being chased, afraid of feeling alone and vulnerable, and my favorite (because I remember this very well), looking weird and getting made fun of. It all comes down to fight or flight. And when we first start running as adults, these fears turn our lizard brains on and we feel like, well… We are going to die. But, as you all know, we aren’t going to die from running. Not today at least.

So, slingshot forward to many years of running dozens of full and half marathons, and now I coach people on running their first 5k’s and other races to come. This is great, but I get bored with road running. So, I got a coach and started trail running. Day one, up up up we went, and that familiar little panicky fear friend showed up yelling really loudly in my head. But this time it had a whole new tactic. “You are in the woods? You’re going way too slow, you are going to get left behind. I do believe that was bear scat you just stepped over. Oh my God! You are going to fall and hurt yourself!”

It was all of those things at the same time, and loud. I thanked that choir of quitters for sharing, and went on with my lovely run. I am so happy I stuck to it. Trail running brings my heart and soul together and fills up every empty bucket I have in my body. It also reminds me that fear will always be with you, it’s just how you use it. Jess Mullen, one of my coach friends who runs 100 milers for funsies, told me this,

“I love fear.  It drives me and let’s me know I’m on the right path. If I’m not facing some level of fear, I’m not living life as richly as I could.”

I so love this and feel it changes the paradigm of fear to use as fuel for the fire. So, with all my grand wisdom of being a scared little newbie of a runner and getting over myself, and then starting trail running and being new at that, I have collected a trifecta of Go’s to get over fear and get your badass running on.

Being out of the normal element of your go-to running track will elevate your nerves and get your heart rate going. So when you start out, know this is going on, and be kind to yourself by slowing down your normal pace a bit. And with trail running, there are fun obstacles like mud, hidden rocks and tree roots that will jump out of take you down.

Go with a Buddy:

Go with a buddy who gets you going. Being out on a trail is a little daunting, and when the thought of, “who is going to call 911 when I fall off that cliff” creeps into your head, you will have another person there.  It’s also nice to share the scenery and loveliness of it all.

Just do it. The anticipation of the fall is so much worse then the actual fall. Usually the ground is soft, or muddy, and you’ll have the badass bruise for bragging rights.

My goal is to get as many new runners as possible, increase the awesome community, and laugh while doing it.” – Beth Baker Beth Baker started Running Evolution out of trying to run and failing for almost a year. She says she made every mistake; bad sports bras, wrong shoes and just, well, doing it wrong. But after falling in love with the sport and helping her friends start running, she knew she was on to something. Her business was created 16 years ago and 3,000 new runners were made from the program. When she’s not running, she enjoys lots of tacos and being in a body of water.
More From Beth Baker