Ask the Trail Sisters Panel of Experts is made up of inspirational and knowledgeable women who share a love for trail running, hiking, and the outdoors. These women volunteer their time and expertise to help others enjoy a better experience on the trails.
More From Trail Sisters 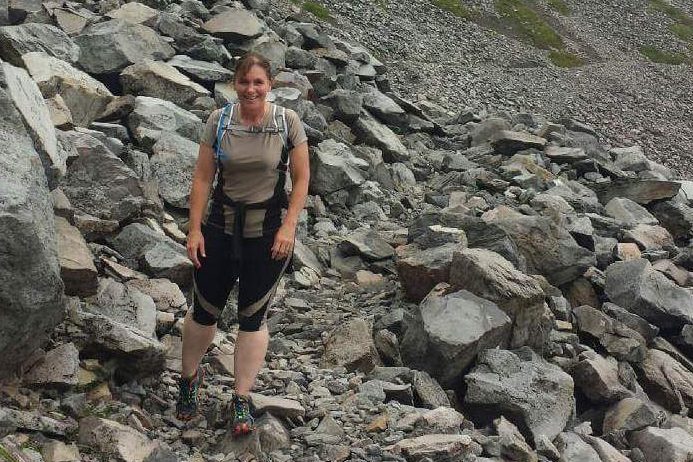 First, we’d like to say thank you to everyone who has submitted an application for the Trail Run Adventure Grant presented by Trail Sisters, Under Armour and CamelBak. We had a total of 271 submissions, and narrowing it down to 6 awardees was quite hard, to say the least. Each application had a unique mission and reason as to why it would be a phenomenal trail run adventure…we wish had enough grants for everyone. For those not selected, we hope you will still pursue your adventure, as it can be a life changing experience, or simply just what you need to fulfill your passion for enjoying the outdoors.

We will be revealing a new awardee each day this week:

Details: My mother is going to be 73 this year. One of the things we both enjoy is running. My mom has completed the marathon distance and we shared a road half near the Grand Tetons. She has never run in the mountains and I would like that to be our adventure. A mother-daughter trip of slightly epic proportions. The location would be Mount St Helens, as it is iconic in our state. We’d go on a two day running exploration of the area which would include portions of the Loowit Trail.

My mom raised my sister and I by herself and gave up a lot for us. It is my goal to give her life changing adventures she could not have while raising us. – Tracy

Details: Alyssa has been involved in sports since she was a little girl. She grew up playing soccer, and running local road races with her Dad. At age 19, Alyssa began running ultras, and at age 20, was competing at Ironman races.

Alyssa is now 33 and a professional triathlete. She’s completed 30 Ironmans, and over 45 marathons and ultra-marathons. Though she loves Ironmans, Alyssa has a strong curiosity for other types of adventures. Alyssa says, “I have always had a multi-day hiking adventure on my list of “to-do’s,” but they were endeavors my coach and I had thought we’d put off until I retired from triathlon. However, after last season, I began to think more about the importance of “why not now?”

Last fall Alyssa went to Vermont for a week to scout out a well-known route. She called her coach to say, “I really don’t know. It’s a big investment for something I don’t know I can do.” Alyssa’s coach responded, “If the fact that you don’t know if you’ll get the record is the only thing holding you back, we are doing it.”

Details: “Some adventures have boisterous voices that echo through the canyons of the soul and some call softly, gradually gaining your attention. Running the Grand Canyon Rim-to-Rim together last year was one of those loud, echo-y adventure voices. As Midwesterners, the glacially smoothed landscape of our Great Lakes region often speaks in that quiet adventure tone. After over a decade of living a stone’s throw from the least visited National Park in the US, Megan and I finally decided to listen to that watery whisper emanating from Isle Royale. Lately, our trail adventures have shifted from just organized events and training runs at nearby parks to using running as a travel motivation to explore new and further away natural places. After looking on the FKT forums we noticed that the 42.2 mile Greenstone Ridge Trail that runs along the backbone of Isle Royale has no reported women’s FKT attempt. So, we decided to take the 3.5 – hour ferry from Copper Harbor, Michigan to Isle Royale, run the Greenstone Ridge Trail with minimal fastpacking gear, camp, and hike a parallel trail back.” – Alison McDole

Isle Royale had been on Alison and Megan’s distant radar for years and this grant opportunity finally gave them the extra motivation to plan it. They are also pretty excited to plan a women’s only run. Alison states, “Our male running friends are awesome but there is a different dynamic when you get out into the wilderness with just another strong female.” The unique nature of the trail being completely isolated in the middle of Lake Superior, reached only by ferry or plane, adds to the excitement and adventure. With the call of moose, loons, and natural beauty in a place of pure isolation, they are excited to see what the trail will bring!

Details: Kelly plans to run and explore the Icelandic Highlands: Laugavegur Trek stretching from the Landmannalaugar trailhead to the Thórsmörk trailhead in southwest Iceland. The total distance consists of 34 miles and 1,260 meters of elevation gain. While running the trail, Kelly will experience many of its exciting features such as thermal water areas, amazing rock formations, high peaks, glaciers, glacial waterfalls, and glacial rivers. Additionally, Kelly hopes to catch a glimpse of an Icelandic Artic Fox, as they are the only wild animals that live Iceland.

When asked what Kelly is most excited for, she said “I have always dreamed of running this trail. It’s very well known as a magical single-track route, and I feel can only be truly appreciated with my own eyes. The endless hours of sunshine will allow me to enjoy and experience the course without the worry of feeling rushed, or running out of time. I am hoping to take away the fantastic scenery, meet some locals that reside in the area, and to revel in happiness through the run.”

Details: The Wasatch Ultimate Ridge Linkup (known to most as the WURL) sews together 36 miles of trails and mountain ridges, and boasts of 18k feet of elevation gain. The WURL route circumnavigates Little Cottonwood Canyon, crosses at least 21 named peaks, and is located just west of Salt Lake City, Utah.

To date and from the research collected via Jared Campbell’s blog and the Fastest Know Time site, there looks to be 4-5 women who have completed the WURL, but none have been solo female attempts. Emma’s goal is to be the first woman to run the WURL solo, with any/all support provided solely by women.

She first heard about the WURL summer of 2017, while visiting a female running friend in SLC. They both realized no woman had done the WURL solo, or with only female support, and then the question arose: Why not?

Emma couldn’t come up with a good answer, and decided she wanted to challenge the question of “why not,” and hopefully add a new stat to the research she had discovered. Emma states, “I have time. I have passion. I have determination and discipline. At the very least, I need to find out “why not” with my own two feet…”

Details: Terry Abrams is a 60 year old Labor and Delivery Nurse from Enumclaw, WA. On July 13th she will begin her 1000 mile journey from her front porch in Enumclaw to the top of Mt. Whitney located in the Sierra Nevada Mountains of California. She is hopeful to complete this trek by August 7th.

In July of 2012 Terry completed 450 miles on the Badwater course crossing it 3 times with 2 summits of Mt. Whitney (for the Wounded Warrior Project). She has done a marathon at the base camp of Mt. Everest in 2011 with her daughter along with lots of other ultras, completing them as a back of the packer. Terry also has a Facebook page called Do it Anyway where all the members are just regular women who have a place to post their running accomplishments, no matter how small.

Terry’s Motivation: “My beautiful 76 year old mother who is now in the early stages of Alzheimers. She is not only the strongest woman I know, but also the strongest human being. She raised 5 kids, starting with me at just 16 years of age. Because of her, all 5 of us graduated college and have become productive, kind, compassionate human beings. My mother is the most important reason, but I have also lost 2 aunts, a father and mother in-law to this terrible disease that no one survives. This adventure is important to me because I feel and hope that I have one last mega run in me that will truly make a difference not only to this charity (Hilarity to Charity), but to all the women of my generation. I will use my body as a tool one last time to bring awareness  and funding (Do it for the Memories) to Alzheimers.”

Ask the Trail Sisters Panel of Experts is made up of inspirational and knowledgeable women who share a love for trail running, hiking, and the outdoors. These women volunteer their time and expertise to help others enjoy a better experience on the trails.
More From Trail Sisters