Homepage / Community / The Cost of Admission

The Cost of Admission 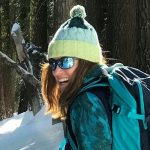 Michelle Newbon is a freelance corporate event producer. She works to live and play in the outdoors … residing in the foothills of the Sierras in Nevada City, CA, with her husband Tristan and their two extra-large felines – T-Toes and Hammie. She grew up surfing in Southern Cal but now spends her time on the trails running, mountain biking; as of the last 2 years, backcountry skiing and is a year-round devotee of the Yuba River.
More From Michelle Newbon 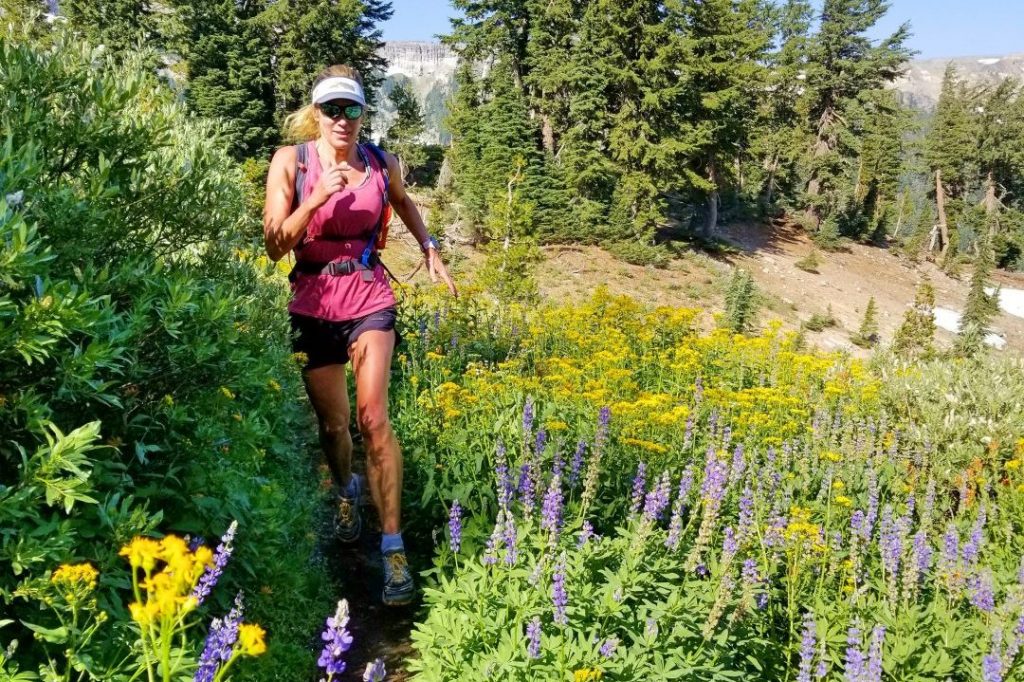 Working at a conference this spring, I said to the man in the elevator at the swanky Vegas hotel, “You’ve got quite a physique.” He was so exquisitely sculpted and muscled in his skinny tank top, I felt compelled to comment. As one athlete to another, he replied without hesitation “it comes with a price”… Not expecting that kind of response in a town that values the opposite of diligence and rewards the worst in ourselves, I paused, agreed internally, and said “I bet it does”…

Having just dealt with a “precipitous injury” – meaning one that doesn’t happen due to a trauma from a sport like mountain biking or skiing, which would be far more interesting than the truth of it … which is to say I was doing “nothing really” … except I now realize “nothing” translates to bad form over the years. His words rang true. My ability to do what I love, to be able to run trails in the mountains … comes with a price too. It didn’t used to, (or perhaps it always had?), and now the difference is that I have that awareness and consequently a deep desire to preserve it.

There was an ease I had with it when I started with no intention of “beginning” anything, I did it and then kept doing it. I was always athletic and wanted to run so I wouldn’t gain the dreaded “freshman 10.” I ran in the early morning, which was natural since “dawn patrolling” was the same hour I surfed, early and often. There was no strategy involved, no stretching, no thinking about body alignment or positioning, and a lot of it happened after drinking the night before and shaking off a hangover on a 5-miler on the beach. When I joined crew, we ran as a team and there was a supposed diligence to it which I didn’t notice. I was hooked.

After college, I ran to ease my mind – not having figured out what “I wanted to do with my life” – I ran to get away from these thoughts and at the same time, I ran to explore them.

Then I did gain the freshman 10, so I ran to lose weight. Ironically, I was at my heaviest then…there was no freedom in body-shaming runs. My mental state seemed to manifest itself completely in my physical state, both weighted down with the uncertainties I had about my life. But despite that, I ran with the lows since they were going to be there anyway. The rhythmic movement of one-foot strike, followed by the next, with a free flow swing of the arms, and eyes focused ahead … resulted in a physical synchronicity that neutralized my mood.

The thread of running continued to quietly intertwine itself in my life. And by the late 1990s, after doing so on the dirt in the canyons of the Santa Monica mountains, I considered myself to be among this small but oddball tribe. It wasn’t a “thing” yet, trail running hadn’t yet been marketed to the athlete masses, it was a bit of a secret for those in the know.

Flash forward a fat decade when we moved our lives to the foothills of the Sierras with access to a vast playground of forested beauty, stunning lakes and majestic vistas – at wind-sucking elevation … and I had myself multiple invitations I couldn’t refuse. I’ve made every mistake you can make on a trail – from wearing the wrong shoes that felt great at mile 7, but had me in tears by mile 18; eaten nothing but Gu’s for 6-hours straight on a run that was supposed to be 4 and lasted 2 more with some accidental 3rd-classing involved, mis-calculating the need for actual and proper nutrition driving me yet again to tears; I’ve run in the summer heat with mosquitos so thick that I was (wait for it…) driven to tears. I’ve been under-gunned, under-trained, and under-prepared more times than I’d like to admit.

But I’ve also not made mistakes and have reaped the benefits of that – of feeling my strength, agility and speed in places that are so stunning in every way, it could make me weep – but on these days, I don’t cry. I feel a pure unencumbered stoke that brings an easy smile to my face and a simple joy and freedom to my spirit. In those moments, my life is complete.

Running has been there for me for 30 years … and the cost to maintain the fitness it requires is a price I will continue to humbly pay.

Michelle Newbon is a freelance corporate event producer. She works to live and play in the outdoors … residing in the foothills of the Sierras in Nevada City, CA, with her husband Tristan and their two extra-large felines – T-Toes and Hammie. She grew up surfing in Southern Cal but now spends her time on the trails running, mountain biking; as of the last 2 years, backcountry skiing and is a year-round devotee of the Yuba River.
More From Michelle Newbon