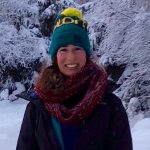 I am a professional road-tripper and can typically be found driving to and from various trails in Northern California. Sometimes for work, and always for fun. My love of running has been very gradual. I decided to join the cross country team in college and was lured onto the track team because of a persuasive teammate who convinced me the steeplechase sounded like fun. About a year after graduating I trained for my first marathon, ran it, and thought I could do better. I moved from the concrete jungle of NYC to Colorado in 2016 and was introduced to a whole new world of trail running and have been loving the community, the sport, and the trails ever since.
More From Esther Kendall 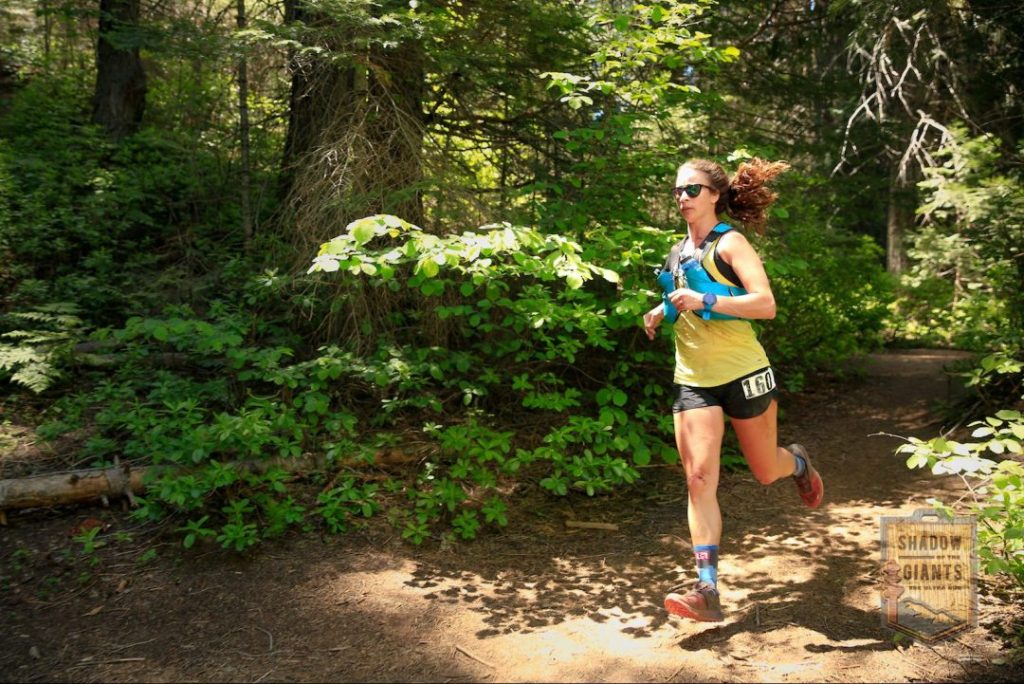 When living in New York City I knew precisely two people who had run an ultra marathon, and I thought both of them were crazy for doing it. Heck, I thought of myself as crazy for running marathons. And then I moved out west to Denver two years ago, got a new job where everyone I met had run an ultra. For the first year I had absolutely no desire. I was the girl who hated running until I was 22, and most of the time I feel like I accept running as the activity I am decent at and can afford to do. I try as much as possible to deny my love for the sport.

The problem with hanging around runners all the time is that their excitement and passion is catching. The further you go, the more beauty you get to experience. And while I struggled with the idea that I didn’t have to be an ultra runner, I could just be a really good half marathoner, or even just an appreciator of trails; I also wanted to see what all the fuss was about and if I could do it. So at the end of last year, I decided at some point during my thirtieth year, I would run my first 50k. I needed a bucket list item, and that seemed as good as any.

I am not someone who loves long runs. I’m like, 12-15 miles feels long enough, now can we go grab lunch and a beer? So I was very nervous about the distance. I don’t like doing anything for more than three hours, so the thought of being out there for 5 to 6 hours was very daunting. I was also nervous about nutrition. I am guilty of not practicing what I plan to do in a race, and sometimes I don’t take any nutrition at all on longer runs. One might think that a looming 50K might be the incentive needed to improve upon those elements of training where one is typically weaker. That was still not the case for me.

For this first 50k, I decided that I didn’t want to tell people when I was racing. I knew that telling people would only make me feel more nervous, underprepared, and guilty for not doing more to prepare. Running a 50K was also this weird distance where it was a really big deal to me, and I think it’s so exciting whenever anyone makes that leap to a new distance. But, at the same time, it felt a little inevitable that I would attempt the distance. Why wouldn’t I succumb to the cool thing all my friends are doing? I now live in a community where runners compete in back to back ultra races every weekend. Doing a few road marathons and trail halfs per year feels so lame in comparison to my peers yearly racing resumes.  I didn’t want to risk the conversational let down of the potential shoulder shrug, or “you haven’t done one already, I thought you had.” For the purposes of my preparation, I didn’t want to have any thoughts of it “just” being a 50k, that distance that is barely an ultra. I wanted it to feel special.

I did tell a few people that I wanted to run my first 50K after turning 30, but didn’t specify when or where. Runners commonly ask “What are you training for?” or “What’s next?” I decided to time my 50k so I could use my buildup from the Boston Marathon. At first I could say I was training for Boston, which wasn’t a lie. Afterwards, it was harder to keep it to myself. I thought I would crack a bunch during that month in between. I did tell a few friends, and a few strangers who I knew wouldn’t share my secret.

One thing we have all experienced is when you tell someone you are training for something and the person follows your answer by the question, “How are you feeling?” I am fairly nonchalant with training most of the time, which results in a general feeling of uncertainty about how I am feeling. I would love to feel more confident in my preparation but my lazy brain tends to get in the way. When people ask that question I typically brush it off, but with feeling particularly nervous about the distance, I didn’t want to overthink it. I was pretty confident I could do it. I just didn’t know how bad it would hurt. Also, having never run further than a half marathon on trails, I honestly had no idea how I felt, or how I should be feeling. I would never feel confident about the race because I had no comparison. It was totally new.

In the age of oversharing via social media it was nice to keep something to myself. I believe in being honest about your life. In sharing the shitty days along with the great ones and I try and portray that on my accounts. However, I am guilty of oversharing with word vomit, as well as primarily sharing the cool adventures I go on where I took pretty pictures of gorgeous mountain landscapes. Recently I have been questioning how much of my social media posting is for myself, how much is to support what I do for my job, and how much of it is me trying to fit into the greater community. I worry about remaining authentic and true to myself and what I want to share. Taking a step back with a piece of my life didn’t answer my questions about my social media activity, but it helped me contemplate it. And you know what? Nobody cared that I didn’t share my journey. But they were ready to congratulate me when I was ready to share it. I got what I needed. None of the pressure or questions, but all the applause.

I successfully completed my first 50K. I survived the distance. I didn’t end up eating most of the things I thought I would, and ended up mostly snacking on what looked good at the aid stations after mile 20. I am pretty sure I ate an entire watermelon between mile 18 and 26. I probably could have run up some of the hills I walked. I definitely didn’t need the 10 Honey Stinger waffles I had with me because I was nervous of bonking (I ate one of them the entire time). I fell hard around mile 18, and probably could have pushed myself harder instead of having a pity party for myself. But I experienced and survived a “low point” and managed to come out of it and I ran the last three miles of the race to finish within my goal of running sub 5 hours. I did all of that with a little bit of help from the internet, a few pieces of wisdom from the few friends I told, but mostly on trusting myself. While I still think it is 100% ok to focus on half marathons and shorter distances, I think I want to give the 50K another try in the future.

Don’t forget to check in with yourself, run and train for yourself, and trust your crazy ideas. It’s so easy to forget the reasons you chose to run, to race, to explore. I want to forever be the girl that stares at a mountain range, and feels that little bubble of happiness building up in my stomach. I want to take a little skip when I come around a bend and that spectacular landscape comes into view. It’s not about being able to impress friends as you answer “What’s next?” It’s about taking the journey one step at a time and trying as much as you can to enjoy the process.

It was fun to have a secret adventure. I highly recommend finding one and enjoying having it all to yourself. At least for a little while…

I am a professional road-tripper and can typically be found driving to and from various trails in Northern California. Sometimes for work, and always for fun. My love of running has been very gradual. I decided to join the cross country team in college and was lured onto the track team because of a persuasive teammate who convinced me the steeplechase sounded like fun. About a year after graduating I trained for my first marathon, ran it, and thought I could do better. I moved from the concrete jungle of NYC to Colorado in 2016 and was introduced to a whole new world of trail running and have been loving the community, the sport, and the trails ever since.
More From Esther Kendall