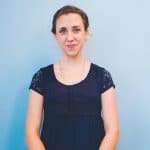 Sarah feels most herself when on the trails. She grew up backpacking throughout the mountains of NC and VA and just recently moved to Colorado with her family to follow dreams of living, running and exploring the Rockies. She is a literacy teacher and freelance writer. Sarah loves to spend her time running and hiking and plans to begin her journey into longer trail races soon. Sarah is a mom to two and wife to an elite trail runner. You can follow along on the journey with her on Instagram @sdcoombs
More From Sarah Coombs 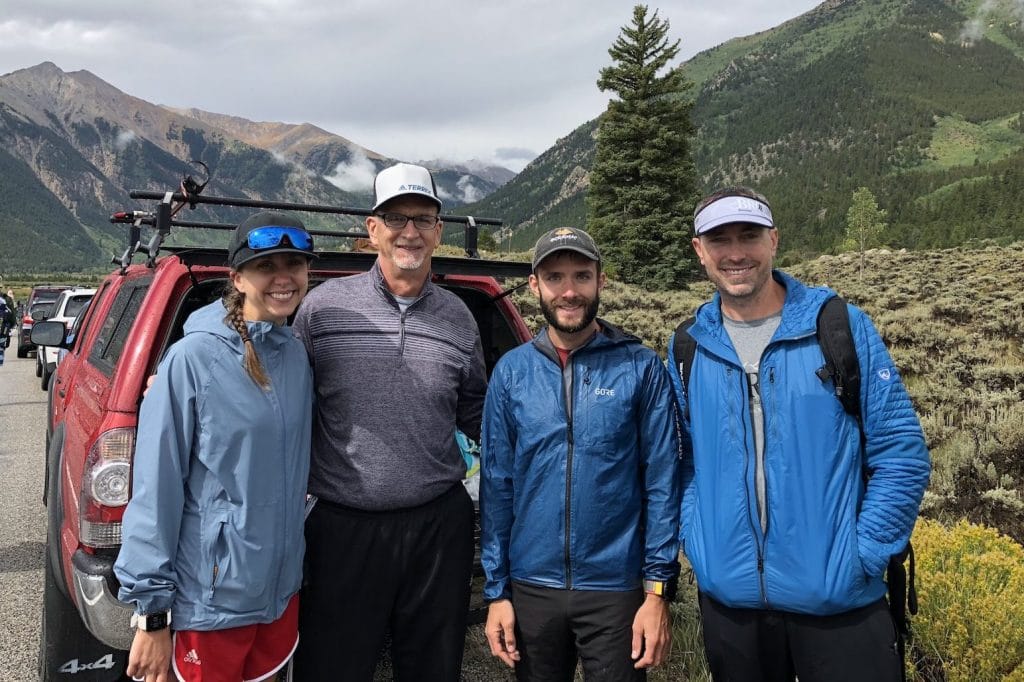 I love trail running. It is simple yet powerful, uniting and fulfilling, replete with never-ending challenge and endless beauty to discover. But there is also, as with any sport, pressure and expectation. In this age of social media, our “shared stories” often result in comparing one athlete/experience/human to another, with mounting pressure to perform on ourselves or on those closest to us. When we share the run on the same trails, sharing in the training for months with your partner, best friend or teammate, how can we not also immerse ourselves in their dreams? Be it finishing, placing in age group, winning overall, setting PRs, breaking records, we love a story and want to be part of it. When things fall apart, our value or support of any athlete should not, but in this world of scrolling, we often misplace our attention. In this past year of racing and crewing, I’ve learned a bit about how to crew well, but also how to support our athletes well on any day.

Ultrarunning is an all day thing, plan on that. I’ve forgotten to eat or drink several times during a race and then have been totally wiped out by the finish. So, remember to take care of yourself too. Have nutrition options available for your runner, have drinks pre-mixed and items laid out. One of the methods I’ve recently starting using is a tackle box to store all the little items, nutrition gels, electrolyte pills, salt tabs, first aid supplies. It’s super helpful to have those items organized and quickly accessible as crewing happens typically in minutes or less, so being prepared is key. Plan ahead. Know your routes, know the rules. Every race has slight variations, but one things is always a given, don’t aid or crew anywhere but at the aid stations. Print out maps and directions ahead of time as cell service is often spotty. Bring a chair, blanket and even a good book. You’ll often have at least thirty minutes of wait time at each aid station.

Crewing though, goes beyond the physical needs. Last year, I was crewing at the Moab Marathon. My runner had goals of placing top 3. I knew halfway through that things were going well, but a race can change in an instant. Somewhere after mile ten one of the climbs aggravated a nagging injury and my runner was struggling. At mile 23, he was walking and wanting to quit. As crew, our job is to cheer, to rally our runner, to get your runner to the finish line when their mind is saying no. And that day, a few encouraging words got him to keep moving, to finish the last three miles, and to a top ten finish. We celebrated, even though the goals weren’t fully realized. There was victory. Encouragement, perseverance and strength got him to the finish. New dreams and new goals were in the works.

I have crewed a few races that led to those perfect runs, where the runner finished just where they had hoped. In those moments when the race goes as dreamed, the stoke is high. We are reminded why we continue to chase what many perceive as insane, to set new goals and put in the long hours, to get back up after being knocked down, to believe. And as a spectator, crew, friend, partner it’s a dream celebrated together. One that’s easy to be a part of.

A few weeks past, I crewed at the Leadville 100. There is so much unknown with running a race for the first time, much less running 100 miles for the first time. My partner and I had dreamed about this race for well over a year, and personally hoped it could be a career-defining moment. It’s one of those races where you hear the stories of first time 100 mile runners winning the whole thing. It’s a race where you hear the horror stories of puking for 25 miles, miraculously recovering, to keep going and as a result earning that buckle. It’s also a race that only 50% of entrants finish each year. So, really we should have had no expectations on the day.

Don’t we all though, when our best friend, our teammate, our partner is trying something monumental, we want to see the best? When we’ve shared the journey, we want the journey to end with the prize.

Leadville started great. My runner was in the top ten at mile 24 and though experiencing some GI issues, still felt ok and was in and out of the aid station leaving us hopeful and eager to see the rest of the day unfold. 15 miles later, next aid station, coffee refueled and additional crew members added, we stood waiting in the rain. And waiting. Thirty long minutes from goal time to the aid station passed in a cold rain. Finally, our runner walked it in with another friend/runner. At this point, the race shifts. We offer aid, nutrition, dry clothes, and prep the gear for the next ten miles of the race. The hardest section of the race.

During the drive to Winfield aid station, mile 50, our race attitude was still hopeful. There is still half a race to go; anything can happen. We set up our aid station and enjoyed hanging out with friends from other crews. The group standing at the junction waiting for their runners grew as the lead pack came in and then as more racers started making their way to the halfway point. We stood long enough in that one spot looking for our runner that the back of my legs got sunburnt. Finally, he made it in. Deep down, I knew this race was over, but I still held out hope. In the next thirty minutes we offered support and aid, but our runner was done. He was hurting badly. The pacers would no longer need to run. The handhelds no longer need to be prepared for the next aid station. The hopes of the day diminished, had left us all huddled in silence, in disappointment and confusion. His spirit was obviously crushed and his body equally. He knew he could not do another fifty miles, but oh we wanted him to try.

But why? Because we knew he deserved it? Yes. Because we knew he could do it? Yes, definitely. Because we felt there was still so much time to race? Yes. Because so many others were continuing on? Yes Because I wanted him to do it? Yes! In retrospect, he had already ran 50 miles and we had not. We would not run the next 50, maybe the next ten, but we were not doing what he was doing that day. We were not feeling what he was feeling. And he knew he was hurt and continuing would be worse for him in the long run.

As the crew, as a spectator, as a pacer, our job is to support. That’s it. It’s not our race. It’s the runner’s. There is definitely a line to walk in pushing your runner when the mental barriers are too strong, to keep them going when we know they can. But there is also a time when we must let the runner decide what’s best for them, for that day and their future and in that decision, to still be their biggest fan. How do we strike that balance? Be committed. Invest. Stop scrolling. Stop comparing. Know your person and their story and don’t give up. Remember the bigger picture.

Never do I want to burden my runner with my own hopes for the day. Never do I want the runner to feel bad because a pacer didn’t get their run in for the day. Never do I want to push my runner to keep going so much that it leads to burn-out from the sport entirely. It’s a race. There are many more of those to attempt. The dream doesn’t end on one unfortunate race day. That runner’s goals aren’t over. It’s just a day. The reality of doing crazy things like running 50 or 100 miles is that we can’t always rue the day, that many times the day and the race will win. And ultimately, it’s how we respond and move on that is truly the biggest victory of all.

Failure, injury and defeat give greater strength than any one good day could bring, and actually make for a much better story and lesson. I hope that in races to come, I can be a true champion to myself and to whomever I crew, no matter the day. Follow the story through the ups and downs, don’t just scroll past or diminish someone because they didn’t finish or hit their goal on one day, for one race. Don’t compare their day to another’s. It’s ok to feel disappointed or sad, but know your athlete is carrying it all already. May our people feel love and support and value no matter the outcome, because we do love and value them and one race will never change that.

To my runner at Leadville, I hope you know that I believe in you more than ever. I will always support your dreams and hope that you never stop chasing them. No matter the outcome, there is victory, there is beauty. Let’s always chase that, champion that, and keep dreaming.

Sarah feels most herself when on the trails. She grew up backpacking throughout the mountains of NC and VA and just recently moved to Colorado with her family to follow dreams of living, running and exploring the Rockies. She is a literacy teacher and freelance writer. Sarah loves to spend her time running and hiking and plans to begin her journey into longer trail races soon. Sarah is a mom to two and wife to an elite trail runner. You can follow along on the journey with her on Instagram @sdcoombs
More From Sarah Coombs