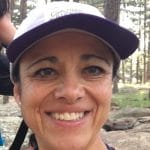 Lizi grew up in Mexico City. She currently lives in Boulder, Colorado with her husband Roger and her kids Clara and Alex. She is an occupational therapist. Lizi is an avid athlete, who since an early age had interest in competitive sports, from gymnastics, tennis, basketball to road cycling. She has now found her home in trail and mountain running. She loves spending time outdoors.
More From Lizi Bolanos-Nauth 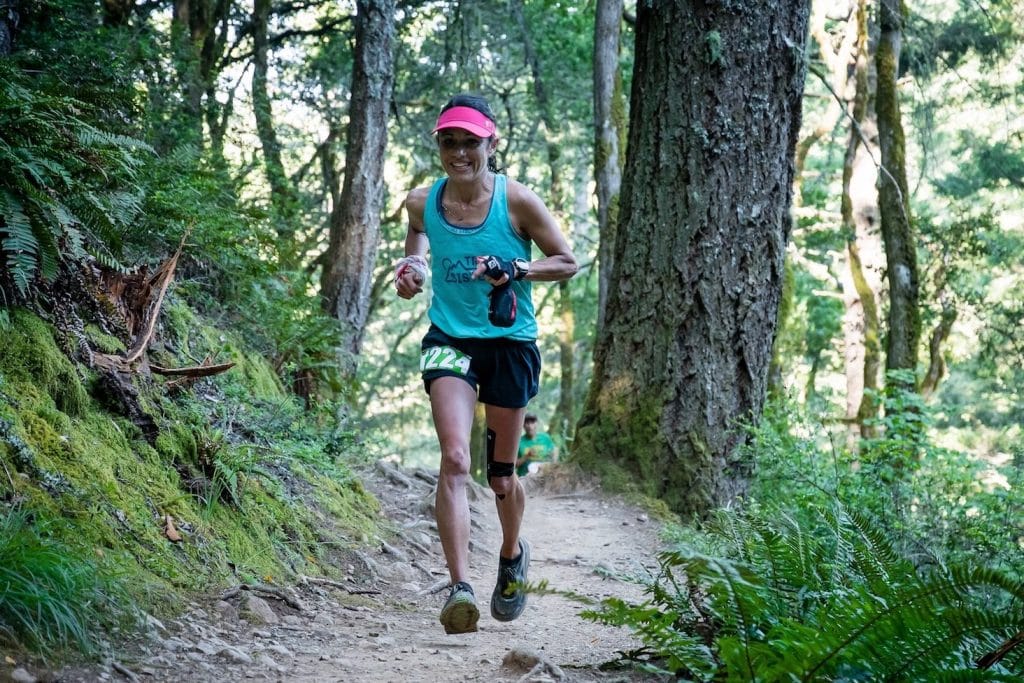 “Not everything that matters can be measured and

not everything that can be measured matters.” –  Elliot Eisner

I love data. We measure things because we want to improve them. Well-designed measures give us objective feedback about how close we are to our goals and help us correct our course by quickly telling us which changes work and which don’t.

My journey as a runner started on the roads, and I was surrounded by people who also enjoyed measuring their performance. We wanted to see how we were performing and improving throughout our runs. We measured our run by the pace we hit in the intervals and by the speed held throughout a run. A good run was a fast one. The faster we ran, the better we felt. We were eager to check every so often what our watch would tell us, and it was often we heard this silent scream – “You’ve got to go faster!”

As a data-driven person, I also looked at how high or low my heart rate would get, how quickly and in how many beats per minute I recovered, what was my cadence and ground contact time. There was a constant “checking-in” with my watch to see how good my run was going. My watch was the one to tell me if I delivered.

At some point though, I became a slave of the metrics, the pace, the miles in a given run, the miles per week I ran and how fast I ran was all I was aiming for. These were the markers of my improvement as a runner, and sadly of my enjoyment. I was clearly lost.

As you can sense by this description, which now seems unbelievably stressful, was that in this search for immediate external feedback I was not only getting injured very often but I was disconnected from what running felt in a given moment.

As I look back, those injuries were in part due to not being ready for so much load as a novice runner but also by my inability to slow down when my body was telling me do so and by being a slave to my watch. I only knew easy or hard by the metric in my watch.

This sort of training could also be sustained only for so long. As I continued training in this manner I kept getting injured over and over and the stress of relying on technology to measure my running had me losing the joy for the sport. Running to me is much more than attaining a personal record, medal or podium, it has always been a place where I found myself and my relationship with the Earth. When this was almost at a loss, I knew I had to break with the data-driven running.

Making this change for me involved having to reconnect with my own running, and to do so by running by myself for a while. I switched coaches and left my road running group. I went to what I had always been driven towards – the trails.

Working with my new coach Adam St. Pierre, the first goal was to learn to run easy. The problem was that I literally didn’t know what that was or how it felt. Initially, we tried using my heart rate monitor to try to keep my heart rate under a certain number. The problem was that the mere act of looking at my watch would raise my heart rate to a maximum effort. I encountered similar battles when looking at pace or speed. If it seemed too fast, then my response was to freak-out and feel that I wouldn’t sustain it. If it was what appeared to be “slow,” then there was the constant push to speed up. It was still a mental battle.

So, then we decided to literally ditch all measurements. I did wear my watch, as Adam would still look at the data from it after a run. But I stopped looking at it during the run. I started to reconnect with what my breathing sounded like, to what the beating of my heart was and how my body felt in every stride.

This gave me freedom. It gave me the freedom to slow down when I needed. If I was supposed to run easy, I was no longer having to sustain a pace. If something felt hard in a given day, I would just slow down. If I was supposed to work hard, I would just go hard for what hard felt that day without having to check-in with my watch to see if I was “doing alright.” Some days I would finish a run utterly surprised and, on other days, I just had to accept where I was and be present with no label.

When I stopped measuring my run I also stopped comparing every run to previous ones and I stopped expecting to improve in every single one. This allowed me to immerse myself in the experience, for the experience.

And as you can see, it turns out that not being dependent on the immediate feedback was liberating. I could just respond to how my body was feeling on a given day.

As my relationship with metrics evolved, my definition of improvement did as well. In this process, I got to realize that improvement means a heck of a lot of different things: it may mean running consistently, or not getting injured as often, or enjoying longer and more mountainous runs.

I also came to realize that these metrics have a time and a place, and not being over-reliant on them has allowed me to quantify my running in a different way. Not being caught in the numbers has been replaced by my sense of enjoyment, by being present and by embracing whatever I feel during a run.

Part of me feels it all comes down to why I run. So next time you go out on a run remember why you are doing it, and on each run reconnect with this purpose and be present. And most of all, don’t forget to have fun.

Lizi grew up in Mexico City. She currently lives in Boulder, Colorado with her husband Roger and her kids Clara and Alex. She is an occupational therapist. Lizi is an avid athlete, who since an early age had interest in competitive sports, from gymnastics, tennis, basketball to road cycling. She has now found her home in trail and mountain running. She loves spending time outdoors.
More From Lizi Bolanos-Nauth