Nourishing My Body Through Running 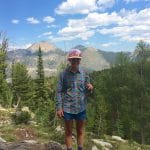 Amelia lives in a tiny yellow house in Missoula, Montana with her husband Jamie and their dog Piper. Together they own a business called Cairn Cartographics making trail maps for Wilderness areas in Western Montana. Amelia spends her summers running trails to GPS them and driving around in the mountains to research places for their next map. In the cooler months Jamie helps her turn the data she collects into beautiful, super-accurate maps and she runs the trails around Missoula where the closest trailhead is an eight minute run from her back door.
More From Amelia Hagen-Dillon 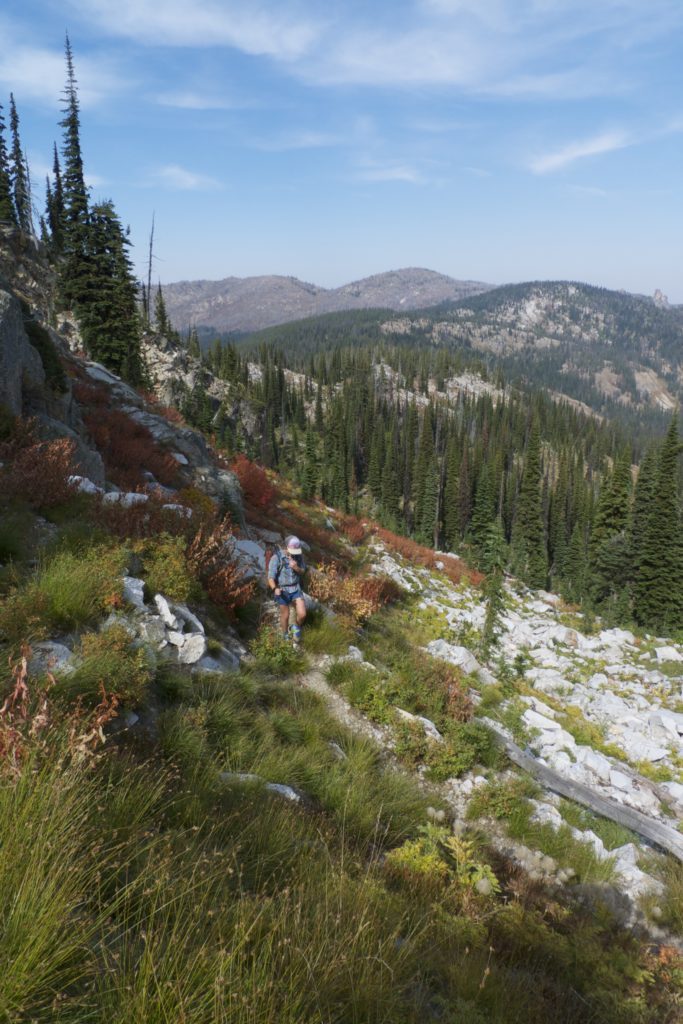 I wanted to be a runner for years (before I started calling myself one), but was never sure how to go about becoming a one. I grew up on a farm down a dirt road in rural Vermont and my alternative high school didn’t have any sports, thus my ideas of what it meant to be a runner came from newspaper stories about high school phenoms running 90 mile weeks. The road I grew up on was basically a long hill that got progressively steeper the further you went. As a teenager “running” meant going as hard as I could up the road, barely making it to the half mile mark before I would have to stop, chest heaving, the taste of blood in my mouth and ears ringing. I didn’t understand how people ran for miles but I wanted to be one of them.

Near the end of high school, deep rooted insecurities about my always-slightly-chubby body finally grew too strong for me to ignore. I decided that if I wanted to change, it was up to me to make it happen. I was going to have a body I was proud of and I was going to be a runner. When I decided I wanted to lose weight and be more fit, I didn’t know how to talk about it or ask for help from my family and friends. So, I did what a lot of teenage girls do. I stopped eating fat, I counted calories, I skipped meals, I purged. I told my mom I didn’t want her to make my lunch anymore.

I started running regularly and learned to time my footsteps with my breaths. I thought of running as a way to burn calories but I started to love the sense of accomplishment and calm I felt after a run. For a little while I could stop obsessing over how many calories I was allowed in my next meal, and could feel my body in sync with itself moving through space.

I lost over thirty pounds in one summer. I was proud of my new body but ashamed of the habits that I knew were unhealthy, along with being constantly terrified my old body would come back. My thoughts were trapped in cycles of planning what and when I could eat, and then crushing guilt when I overdid it. Eventually, running didn’t feel good anymore. I was too weak and tired and cranky all the time. I didn’t know how to create sustainable changes in my daily habits so that I could trust my body.

My family was, understandably, freaked out and their main approach to help me was to try and bring back to the “old me.” They discouraged exercise and filled the pantry with my favorite treats which they begged, ordered, and pleaded with me to eat.

My chemistry teacher had a different approach. She was a runner, and was training for her second marathon when we met at the beginning of my senior year. She saw that I was trying to create change in my life and instead of discouraging the new run habits I was trying to develop she encouraged them. She asked me about my running and talked openly about the complicated relationship that exists for so many between food, exercise and body image. I spent many nights at her tiny apartment where we would make dinner together, go to yoga classes, or would meet up for morning runs. She invited me to train with her for a half marathon and taught me about fueling during longer runs.

The half marathon was in May of my senior year and I trained all spring. I learned that I needed to eat a big dinner the night before a run or I would feel terrible the next day. I learned to eat immediately after running to keep soreness and crankiness at bay. I started to care more about how I felt while running instead of the number on the scale, and for the first time in my life I felt proud of what my body could do. Every long run was an accomplishment that I wasn’t sure was possible until it was over. I learned to trust my body and I started seeing food as fuel and not as an enemy that needed to be kept in control.

I won’t say recovering from my eating disorder was easy, but when my teacher helped me recognize myself as a runner, I was able to start the process of building a new, and better relationship with my body and now had the tools to create sustainable, healthy habits which I still rely on today. Being a runner also gave me an identity to take along to college and beyond, which, as a lonely teenager, I desperately needed. Today many of my close friends are people I’ve met through running. I run because it helps me untangle the mess of thoughts in my brain, because it makes me happy, and because it feels good to move my body. I eat because I need to nourish my body and take care of it, so that it will keep doing all the things I ask of it.

Amelia lives in a tiny yellow house in Missoula, Montana with her husband Jamie and their dog Piper. Together they own a business called Cairn Cartographics making trail maps for Wilderness areas in Western Montana. Amelia spends her summers running trails to GPS them and driving around in the mountains to research places for their next map. In the cooler months Jamie helps her turn the data she collects into beautiful, super-accurate maps and she runs the trails around Missoula where the closest trailhead is an eight minute run from her back door.
More From Amelia Hagen-Dillon