Homepage / Community / The Power of Two

The Power of Two 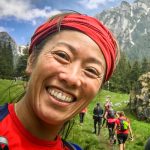 Becky Yee​ is a photographer and owner of boutique photo studio ​Around Digital Media​ based in NYC.
More From Becky Yee 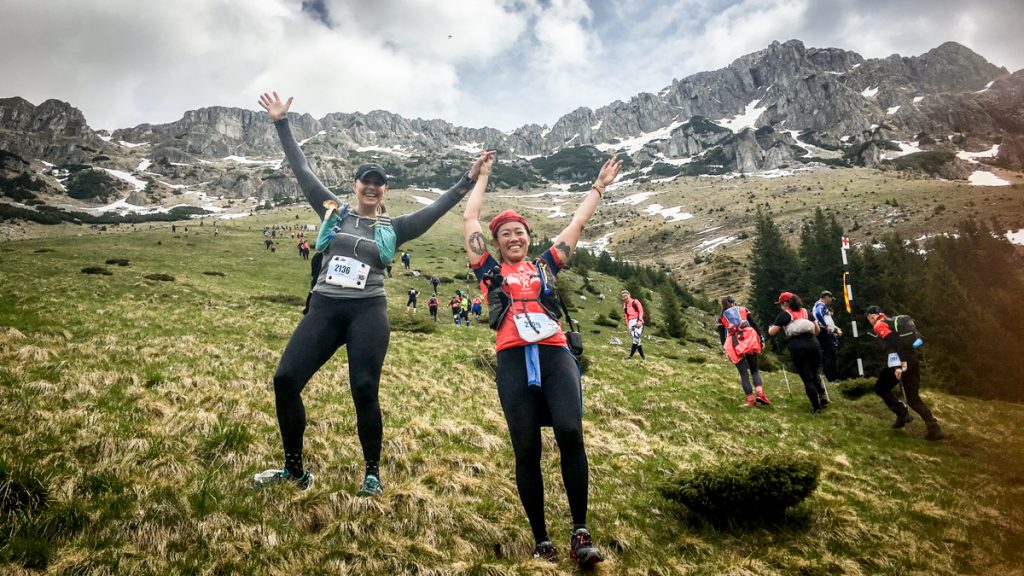 A few weeks ago I saw a post showing the ​last two finishers​ at the Pittsburgh marathon. They were two total strangers who ran the last miles of the marathon saying to each other, “I won’t quit if you don’t quit.”

They finished dead last holding hands to cheers and applause followed by viral social media posts. This inspired me to think about the power of two.

We always think we are alone in our problems. How often in life we struggle trying to achieve things and think we are totally alone. We scratch and claw to accomplish things and say to ourselves, “someday I will.” Well today was yesterday’s someday and you’d be surprised at what you can manifest if you have a sister to help you out along the way.

It all started January 9, 2019. It was a new year. Me and a few friends decided to do some vision boarding and dreaming of things we would like to accomplish. One friend, Katy May an amateur triathlete and multi time Ironman finisher knew she was going to be opening up her Bucharest office in Romania this year. We googled and hoped there was a race going on while she was stationed there. We were in luck. There was the​ Transylvania 100K​ ultramarathon that started and ended at​ Bran’s Castle. The castle made famous by Bram Stoker’s novel and inspiration for all the ​Dracula​ legends. So we both pasted pictures on our vision board of medieval castles and women running up mountain trails with the sunsetting behind them.

It was only a pipe dream and left to my own devices there is no way I would ever consider doing a race like that in Europe. Besides I had so much else to worry about with living and working in New York City. But Katy was relentless and kept a steady stream of Facebook messages asking if I was coming for the ​Transylvania 100k​. One month prior to the race I still wasn’t sure I could afford to make it happen. I am a running enthusiast and by trade a photographer specializing in branded content and portraits. So motivated by Katy’s messages, I pounded the pavement and pitched a few brands. The US subsidiary of a German sports bra brand: ​Anita​, said they would sponsor a real woman photoshoot in Romania. So 3 weeks prior to the race I was able to get my ticket to Bucharest.

I have never done a trail run in my life. I had no idea what to expect, what gear to use, nothing. On top of it all, I am not the best person to research and read up on the race rules, regulations and gear requirements. Luckily my partner in crime was more studious than me and schooled me on getting trail shoes that had a strong toe box and treads that help to better navigate rocks and sticks in rough terrain. I opted for the ​Brooks Running Cascadia 13​.

A little research on the ​Carpathian mountains​ had tales of wolves, thieves and the largest population of brown bears in Europe. If that wasn’t enough to worry about, the pre-race emails created an entirely different set of anxiety provoking fears. All of the distances had to be rerouted due to deep snow which was seven feet in some places and to top is all off, avalanche warnings! This is mid-May and the Carpathian mountains had unseasonable heavy snowfall in the high altitudes. Yikes!

Good thing Katy checked in on me and made sure I did proper preparations as a trail running newbie. She informed me on getting the other required gear. I got a first aid kit, Smartwool socks, a neck warmer, emergency blanket, a whistle, rain gear and a ​CamelBak hydration vest​. The organizers also made sure we had all the required gear when we checked in and I was happy I did the prep because it was way more expensive to purchase on site.

Getting ready to run a trail race for the first time is one thing, but to do it in another country was another animal to tackle. I had to fly from NYC through London, land in Bucharest, take a 4.5 hour train ride to ​Brasov​ and then a 40 minute taxi ride to Bran, Transylvania. Katy admitted that even though she signed up for the race months ago and was based in Bucharest she probably would have bailed if I wasn’t joining her. Who wants to do all that travel, run the race alone in a foreign country, all with having no one to eat dinner with and clink your beer glass at the end of the race? Not me.

She also admitted she was super busy with setting up the new office, hiring people and getting settled in a foreign country that she hadn’t had time to train for this race. I was like #metoo. I had just gotten over a slight tear in my achilles and only got the green light for running and for the trip three weeks prior to the race. So even though I was a marathoner and Katy was a triathlete, neither of us were in optimal race shape. So we felt like we were in this together for better or worse.

Race day started with another downpour and I was super nervous it would be raining for the entire run. But luckily it stopped raining by the time we started our distance which was the 20k (12.5 miles) but turned into a 27K (17 miles) due to the snow/mud rerouting.

NYC is flat, there are very little hills let alone mountain trails. As a road runner, I was taught to run on my toes and lean into the stride. I was ill prepared for the steep downhills made slick by torrential downpours from the morning and the day before. So when I was going a bit too fast and became unsure of my footing on a patch of wet grass on a steep slope, I twisted my ankle (at around mile eight). At first I was really scared. Oh no are they going to have to helicopter me out of here or carry me out on a gurney? Every fear and terrible scenario raced through my head. But Katy was there by my side keeping me calm and focused. I wasn’t doing this alone. My ankle hurt and it almost made me cry, but after stopping for a few minutes I shook it off and continued the race.

The seemingly endless steep climbs were more tolerable and went quicker by talking and bs-ing with each other. Our quads and butts were being put to the full test and I even joked about how nice and round our butts will look after the race. I then broke into the lyrics from Sir Mix-a-lot’s​ ​Baby Got Back​. “I like them round and juicy..”

We both laughed up the mountain and our hard work was rewarded with picturesque snow covered mountain vistas. We savored the 360 views. Of course I took tons of photos and a zillion selfies along the way. I’m sure Katy just wanted to get on with the race but she humored me and didn’t complain that much when I asked her to stage a few shots. If it wasn’t for my friend Katy, I am not sure what I would have done. I think I might have just given up at the only check point on our distance at mile 10, but she kept me going. My quads were still on fire, my ankle was still a bit funky, but talking and joking around with Katy took my mind off all of it.

Towards the end of the race I just wanted to walk the rest of the way. The climbs and hills took all my concentration and I had forgotten to keep eating the Honey Stinger chews I had brought along. I soon found myself in calorie deficit. Katy was there again to help me get over it. She was my emotional therapist, support and cheerleader. She encouraged me and said, “It’s just a light jog and another 1.4 miles to go. If we keep this pace maybe we can get in under 6:00pm.” I did my best but I didn’t have enough fuel in my tank. I was also a total tourist runner who never got out in nature. She knew that and was patient as I stopped at every scenic turn for photos and Instagram stories.

We finished the race hand in hand at 6:15pm. The actual run time was 4:45, but I wasn’t in it for the time and instead the experience. The experience was made so much richer by sharing it with a Trail Sister. At the finish line which was in the shadow of Dracula’s Castle, I couldn’t help but feel blessed in so many ways. The weather stayed dry and it was sunny when we crossed the finish line. The pickles, ​Pepsi​ and pizza they had at the end tasted like ambrosia in my mouth. I was ever so thankful to have my good friend Katy there to witness and share the grueling 17 miles of sheer pleasure and pain we both endured.

Even after the race we could commiserate as we both walked like little old ladies descending the stairs sideways one step at a time gripping the rail. We also laughed about how hard it was to sit and get up off of the toilet. We lived the next few days in the ​OOFOS shoes that I brought for both of us from the states. She didn’t even complain that I had gotten us the loudest colors possible, orange and pink, in the recovery shoes. I like loud colors and they make for better photo opts. We laughed and relived the hardest part of the run over a beer that night and then what Katy said to me almost brought tears to my eyes, “It’s amazing what you can accomplish with a little help from your friends. “

The power of two is so much stronger than toughing it out alone, and I feel blessed to have a Trail Sister! I will forever have this run burned into my memory of the Transylvania 100 made possible by the power of two.

Becky Yee​ is a photographer and owner of boutique photo studio ​Around Digital Media​ based in NYC.
More From Becky Yee