Homepage / Community / Blood Clots & Athletes: What You Should Consider

Blood Clots & Athletes: What You Should Consider 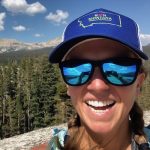 Liz Revenis is a Wisconsin native who has moved around quite a bit in her adult life, living in Washington, DC, Baltimore, MD, Chicago, IL and now Bremerton, WA. She works in the digital advertising space and loves to spend her free time trail running, backpacking, skiing, traveling and adventuring with her husband, Brad. Liz is a blood clot survivor, recovering from unexpected DVTs and PEs in her legs and lungs. She hopes that sharing her story with others will help to raise awareness of a medical condition that isn’t always talked about with healthy, active people.
More From Elizabeth Revenis 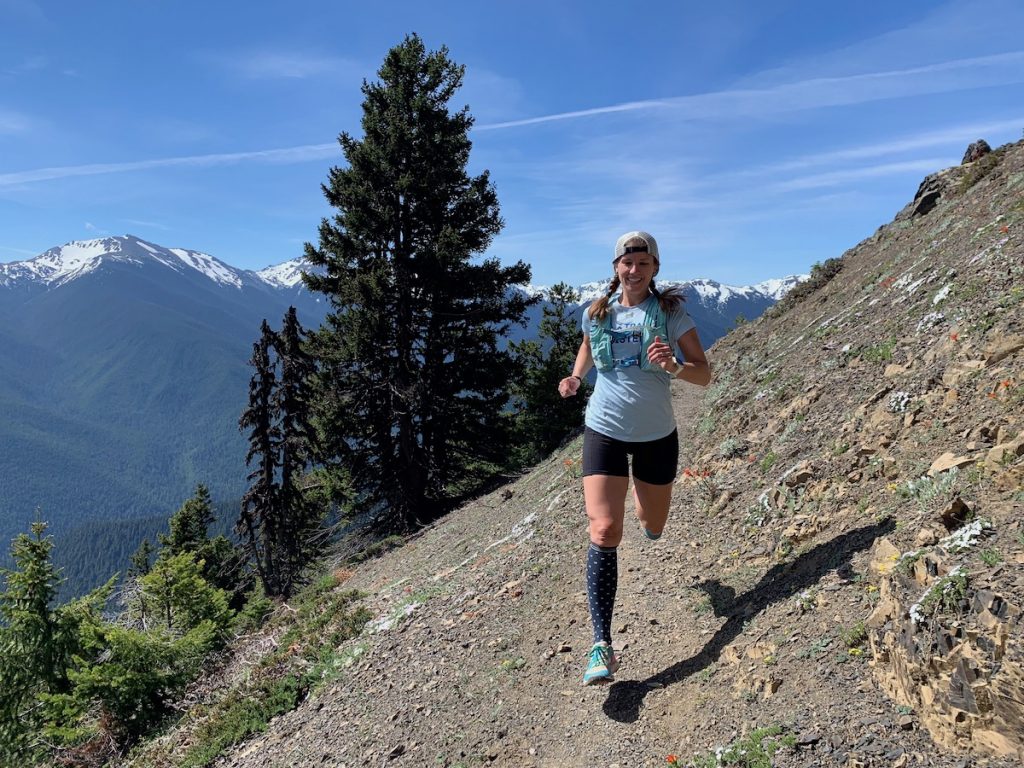 Listen to your body. Be your own advocate. How many times have we heard these phrases when it comes to our health? As runners, we don’t always follow this advice, and often write off aches, pains and stuffy noses or coughs, hoping these issues resolve quickly so that we can get back to our previously scheduled training or adventuring plans.

At the end of April, I was hospitalized with blood clots in my left leg (Deep Vein Thrombosis, DVT) and in both lungs (Pulmonary Embolism, PE). As a trail runner with a very good health record, this was an extremely scary and unexpected situation, especially because a PE can be a life threatening medical emergency. Looking back on the months leading up to my hospitalization, I definitely should have been listening to my body and doing a better job advocating for myself.

In November 2018, I ran a 50km trail race in Oregon. I felt well prepared, but on race day I found myself struggling to catch my breath for the entire race, despite moving much slower than expected. I have a history of exercise-induced asthma, so I assumed that it was acting up at an inopportune time – possibly triggered by the unexpectedly cold weather or the relatively high elevation. Post-race, I had terrible chest pain and a bad cough for a few days. Again, I just attributed these symptoms to my asthma.

In the coming weeks, and months, my breathing didn’t get much better. I was struggling with runs on what used to be my “easy” routes and sometimes felt short of breath when simply walking around town. In late December, I got an appointment with my doctor to flag my breathing issues. After discussing the race and my ongoing symptoms, he confirmed my initial thought that these issues were likely asthma related. He changed my asthma protocol and sent me on my way. Fast forward through the rest of winter and a nasty bout of the flu, a few colds and a cough. I was still having difficulty breathing, but due to my constant illnesses, I didn’t head back to the doctor to follow up.

In early April, I started having symptoms that should have been red flags. First, I woke up in the middle of the night with a throbbing pain in my left calf – like a bad strain. I couldn’t pinpoint an event where this strain might have happened, but I still shrugged it off, assuming I tweaked it on my run the day before. I took a week off from running, did some old PT exercises and my calf seemed to be on the mend.  As I eased back into running, I noticed that I was having a very difficult time breathing, even worse than in previous months. My chest would get tight during these runs, but would loosen up as soon as I stopped. These breathing issues and chest tightness seemed off, but I again wrote them off as asthma compounded by seasonal allergies. After another week of struggling through my runs and experiencing lingering calf pain, my symptoms became extremely acute. I couldn’t walk down the hall without wheezing, my chest felt like an elephant was sitting on it, and my resting heart rate was abnormally high.

I finally went to urgent care when I couldn’t ride my bike for more than 10 seconds without feeling like I was having an asthma attack. Initially, I felt pretty silly going to the doctor, because I assumed they would tell me this was some type of allergic or asthmatic reaction. The urgent care doctors had the opposite reaction after some additional testing and an abnormal EKG. At that point, urgent care turned into an ambulance ride to the emergency room and a five-day hospital stay. After blood testing, a CT scan and an ultrasound of my legs, the doctors confirmed that I had multiple blood clots in my calf and lungs. The clots in my calf had been causing the “strained muscle” symptoms, while the clots in my lungs were triggering my chest pain and shortness of breath. I was immediately put on IV blood thinners, taken off of my estrogen-based birth control and told that my only job for the next week was to rest. The doctors and nurses were amazed that I wasn’t in worse shape – my vitals were back to normal almost immediately, I never needed oxygen and I was walking laps around the ward within a day of being admitted to the hospital.

Fortunately, we caught the clots early enough, and I felt remarkably better after that week in the hospital. The doctors still aren’t exactly sure why or how my blood clots started because my history doesn’t meet the criteria for the most common risk factors: no long trips, no recent hospitalizations/surgery/traumatic injuries, no smoking, no obesity and I wasn’t pregnant. There is a chance that using estrogen-based birth control could have been the culprit, but we will be doing additional follow up testing to rule out other genetic or medical factors before settling on that reasoning.

Looking back, I wish I had been more educated on blood clots, the risk factors, and symptoms, because I would have pushed my doctors for additional testing in the months leading up to my hospital stay. Since blood clots are relatively uncommon in healthy individuals, and athletes may compensate for them better than typical patients, some healthcare providers may miss an early blood clot diagnosis. That’s why it is important to be informed and pay attention when things aren’t feeling right with your health. The National Blood Clot Alliance’s website, stoptheclot.org, is a great resource for learning more about the risk factors and symptoms.

Moving forward, I’ll be on oral blood thinners for at least 6 months, but was given the green light to go back to exercising, as tolerated. I’m trying to listen to my body and ease back into normal training with shorter runs, yoga and hiking. I am hoping to run a trail race in late summer or early fall, but I’m taking my time ramping back up. While I am hyper-vigilant to every ache, pain and twinge in my body, I’m also trying to be positive and not afraid to get back out there!  This experience easily could have turned out with a more morbid ending. It’s been a good reminder that we shouldn’t take anything for granted — make time for family and friends, go adventuring, appreciate what you’ve got and do the things that make you happy.

Liz Revenis is a Wisconsin native who has moved around quite a bit in her adult life, living in Washington, DC, Baltimore, MD, Chicago, IL and now Bremerton, WA. She works in the digital advertising space and loves to spend her free time trail running, backpacking, skiing, traveling and adventuring with her husband, Brad. Liz is a blood clot survivor, recovering from unexpected DVTs and PEs in her legs and lungs. She hopes that sharing her story with others will help to raise awareness of a medical condition that isn’t always talked about with healthy, active people.
More From Elizabeth Revenis