Homepage / Community / Learning to be Courageous

Learning to be Courageous 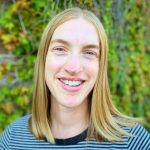 Tracy is a banana slug and orange-bellied newt enthusiast. You can find her saving both creatures from imminent squishing while out on a rainy trail run, much to the chagrin of her training partners. She has an advanced degree in Neurobiology and currently works for a pharmaceutical company making drugs that help your immune system fight cancer. Tracy lives with her husband and two cats in the coastal redwoods of Santa Cruz, California. You can follow her trail adventures on Instagram @tmacdono
More From Tracy MacDonough 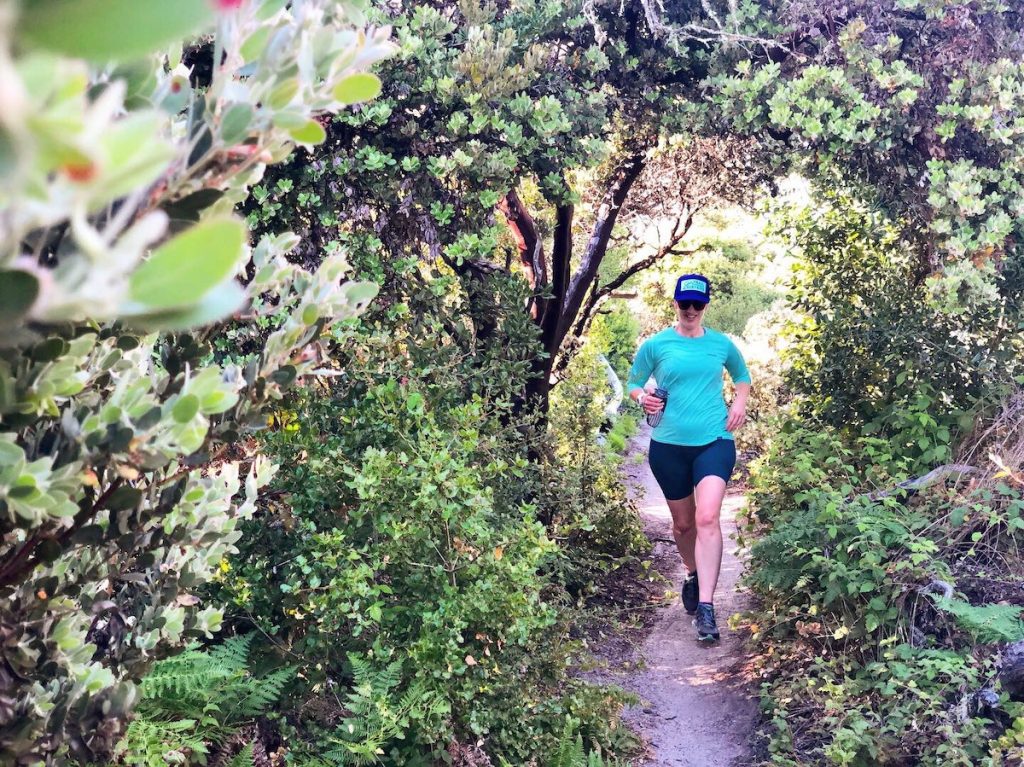 As I was getting out of the car at my favorite trailhead after a long commute home from work, all I wanted was to move my body underneath the bright sun before we both tucked in for the evening. There was nothing special about it, just my regular Tuesday run through the forest. I tightened my shoelaces, tucked my phone away in the trunk of my car and headed out alone to shake off the day with five miles of dirt before dinner.

After nearly a decade of trail running, mostly alone, I had a great spidey sense and rarely felt uncomfortable on remote trails. I only carried my phone on long runs for photos or a quick peek at the map. The frequent comments from friends and family concerned about my safety because I spent so much time in the forest alone only made me feel more confident and proud of myself for being such a badass woman. The trails were my refuge and they were safe.

As I crested the top of the sand covered chaparral where the fire outlook sits, I took a drink of water and congratulated myself on how strong I was feeling. I took a moment to appreciate the view of the ocean below and ran down the other side of the trail heading toward the more canopy-covered section of the park.

I never got there.

I saw a tan colored cat sniffing around on the trail just a few strides in front of me. We have bobcats in these coastal mountains and I’ve been lucky enough to see them multiple times. I almost kept running toward it knowing it would disappear as soon as it saw me. Two seconds later I stopped dead in my tracks. This cat was larger than a bobcat and stealthier in its movements. The cougar crouched down facing directly at me with its ears back and eyes locked. I knew how rare it was to see one in the wild. I knew exactly what to do if I ever encountered one. In that moment though, my brain chose to remind me about the recent fatal attacks by cougars in the Pacific Northwest. Was I about to become a statistic and someone’s dinner?

I was terrified but I made myself take off my hat and sunglasses and wave them in the air yelling at the cat, “I’m a big scary human, you should be afraid of me.”

The minutes passed excruciatingly slow. I realized the cougar was not impressed and was not going to move for me. I took one step back. The cat immediately rose from its crouched position, and I froze. I had a sinking feeling it was going to follow me if I took another step away but I had no other choice but to extract myself from the situation. I steeled myself for the inevitable fight for my life, took a deep breath and another step back.

The cougar stood up again, never breaking eye contact with me but held its ground as I slowly walked backward. Each footfall gingerly placed on the ground making sure not to disturb the still air around me. After the longest 10 steps of my life, I rounded a bend in the trail and lost site of the cat. As I ran back to my car in a completely panicked state, I prayed to any god listening that the cougar wasn’t chasing me down.

I never saw the animal again but I was forever changed.

My first run after the encounter was horrible. My heart beat out of my chest and every little thing that made a sound or scurried in the underbrush was that cougar lurking, waiting to finish what it started. I was so frustrated that my brain wouldn’t stop replaying the encounter over and over again. I started asking my husband to come with me because I just couldn’t be alone. Other times, I was so paralyzed with fear I opted to run around the park in my neighborhood just to keep my training on track but even those runs were terrifying. What could be lurking in that overgrown meadow or hiding behind that tree? At the height of my anxiety, I saw cougars everywhere! I considered giving up training for my first 50k because I didn’t feel comfortable running anywhere alone. How could I possibly do the necessary long runs through the forest when I couldn’t even get through a four mile neighborhood run without my anxiety kicking into high gear?

For the next few months, I found myself avoiding the trails all together. I reached out to any friend who had expressed interest in trail running. It was around this time that I joined Team Trail Sisters. I was immediately embraced by my local teammates and we spent countless hours deep in the forest talking through our strengths and our insecurities. I found comfort in this new support system and I started to feel happy and safe on the trails again.

As Summer training turned into Autumn adventures, my teammates and I also started regularly trail running in the dark after work. It was scary at first; I’ve never felt comfortable on the trails at night even before I saw the cougar. As the months passed, I could feel the night running slowly healing me, squelching my fears and reminding me that the trails were my refuge and they were safe.

As I approached the one-year anniversary of my encounter with the cougar, I decided to finally take control of any lingering fear I had about being alone on the trails and reclaim my confidence for good. I went back to my favorite trailhead for after-work runs. I gave myself permission to modify my route as needed so that if I was not feeling comfortable on the trail that day, I could take a shortcut back to the car. I mixed in runs around the park in my neighborhood so I wouldn’t have to be brave for every run. And I added some hill repeats to the mix in an effort to have something else to focus on.

As for that particular section of trail where I met a cougar one warm Tuesday evening, I still haven’t been able to return to it alone. When I do visit it with friends, I take a momentary pause at the exact place where the animal stared me down and remind myself how lucky I was to have an encounter with a cougar and live to tell about it. It gets a little bit easier every time I go out alone. I do have days where I feel like I have slipped back into being fearful, but I also have days where I am fearless. This is my new normal and I am making peace with it, one run at a time.

Tracy is a banana slug and orange-bellied newt enthusiast. You can find her saving both creatures from imminent squishing while out on a rainy trail run, much to the chagrin of her training partners. She has an advanced degree in Neurobiology and currently works for a pharmaceutical company making drugs that help your immune system fight cancer. Tracy lives with her husband and two cats in the coastal redwoods of Santa Cruz, California. You can follow her trail adventures on Instagram @tmacdono
More From Tracy MacDonough