Homepage / Community / Conquering Fears of Running in the Dark

Conquering Fears of Running in the Dark 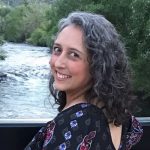 Candace was born in Wyoming but moved to Colorado as a teenager. She works in criminal defense and considers the work she does as righteous. Candace loves spending time with her husband, family and friends. You can find Candace running the Clear Creek Trail or discovering a new dirt trail in the Colorado Mountains. When Candace is not running she is writing poetry. Candace recently started writing poetry about her running experiences and although her trail name is Tough Cookie, she has been called the Running Poet after sharing a poem with author and runner Katie Arnold.
More From Candace Gonzales 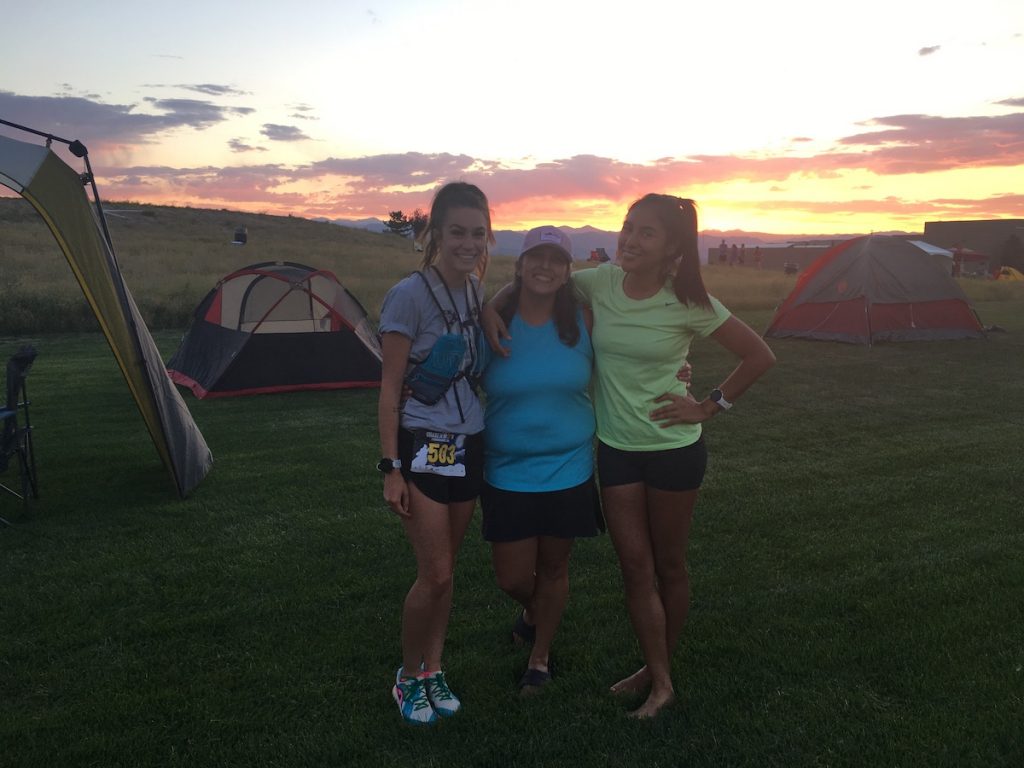 When I started trail running I never entertained the idea of running at night.  Why would one run at night? To begin with, there are so many things that go bump in the night, and running at night seems like a perfect opportunity to bump into one of those things.  For example, bears and snakes tend to be more active at dawn and at dusk. Same as bats, skunks, bobcats and possums.  If you are anything like me, you know nighttime is when moths are more active and there is nothing more terrifying than a moth flying right at your face!  Okay, maybe that is an overstatement on the moths, but still they freak me out and I know I am not alone on that.  Not only do you have to worry about animals at night but also if you grew up in a superstitious household like I did, you might worry about La Llorona, Sasquatch, chupacabria or the boogeyman.  All those factors aside, you should still try night running.

Night running is a perfect opportunity to conquer fear. Maybe you are not scared of all the things listed above but we all have some type of fear in our life.  Perhaps it is a fear of losing someone you love, fear of the unknown or fear in your professional work life.  Regardless, just about everyone fears something. Night running might not necessarily take away any anxiety you have due to that fear however, it is a great way to help ease anxiety and conquer fear.

This past July I had the opportunity to run a 12-hour night race as part of a relay team.  When our team signed up, we were all excited about the event.  We were looking forward to spending time together and participating in our first nighttime event.  However, as the race got closer we all realized that we had some fears about running at night.  We were all a bit of “fraidy cats” and each with our own reasons. Most of those reasons involved running into a bobcat or some type of nocturnal animal. However, the evening of the race, we were all excited regardless of those fears plus it was go time. We all had to get out there and conquer our fears, after all that’s what we signed up for.

My first leg in the relay was going to be in the darkest hours of the night and was over eight miles.  The night of the race there was no moon and the sky was pitch black except for the twinkling of the stars.  Prior to my relay-leg our team was waiting on a member of ours who is a strong runner and whose time we had anticipated based on her skills.  However, when she did not come in at her targeted time we knew something was wrong.   Our team became worried about her and it was the first time I felt a real fear. I was worried about what could have happened to her and I was trying not to think the worst. Thankfully, she came in unharmed and safe.  When she came in she was a little disoriented but she was uninjured, and that was the most important thing. While she was out there running, she missed a turn and got a bit off trail.  This slowed her down, but eventually she found her way and made it back safe (it should be noted on her second night relay-leg her experience was much different; she had a great run and overcame her fears).

Missing a turn and getting lost on the trail at night never crossed my mind. When my friend came in and explained what happened during her relay-leg I realized that missing a turn could happen to anyone even the strongest of runners. All of a sudden, my fear of La Llorona, moths and skunks instantly went away.  My biggest fear was getting lost.  I had not even thought about that.  How had I not thought about getting lost?!

Before my leg was going to start, I was full of anxiety! When 1am arrived I was so nervous about getting lost I missed my first turn.  It was an easy mistake to fix thanks to a fellow runner who saw me and yelled, “Hey, you first-timer come with me you’re headed the wrong way. I did that last year.”  After that, I calmed down and got out of my head.  Once I let go of the fear of being lost, something magical happened.  I became a bad ass, I became a night runner. I was running at night! My heart was full of joy, and I felt strong. I became empowered.

In addition, there is a serenity and beauty of experiencing nature at night on the trail under the stars.  That takes courage and when you have courage, you conquer fears. Night running taught me that it is okay to be scared, but you have to try to face your fears.  Being scared is natural but it is how you look at those fears and conquer them that empowers you. Regardless if it is a fear running at night, a fear of the unknown or a fear of moths, it takes courage to conquer those demons on the trail and in life.

Running at night is something all trail runners should try even if it’s just for a short distance.  The reward is the childlike joy you experience as well as the empowerment of knowing that you are badass night runner.  When you feel empowered on a run it translates to areas in life where you need to feel empowerment and courage.  Regardless if it is the boogeyman or animals that make you hesitant to try night running, let that fear go and give night running a try.  Once we let go of fear, we conquer it and we can begin to gain confidence to conquer any challenge that we face in life.

Candace was born in Wyoming but moved to Colorado as a teenager. She works in criminal defense and considers the work she does as righteous. Candace loves spending time with her husband, family and friends. You can find Candace running the Clear Creek Trail or discovering a new dirt trail in the Colorado Mountains. When Candace is not running she is writing poetry. Candace recently started writing poetry about her running experiences and although her trail name is Tough Cookie, she has been called the Running Poet after sharing a poem with author and runner Katie Arnold.
More From Candace Gonzales