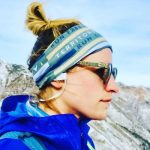 Evolving runner and outdoor enthusiast based near Salt Lake City, Utah with her manpanion. Running came to her in college, but remained sporadic until exposed to the community of trail. It is now constant itch to escape the office and hit the mountains. Still seeking that first ultra finish and her next challenge, she is finding joy in embracing the journey with one foot in front of the other.
More From Robin Shea 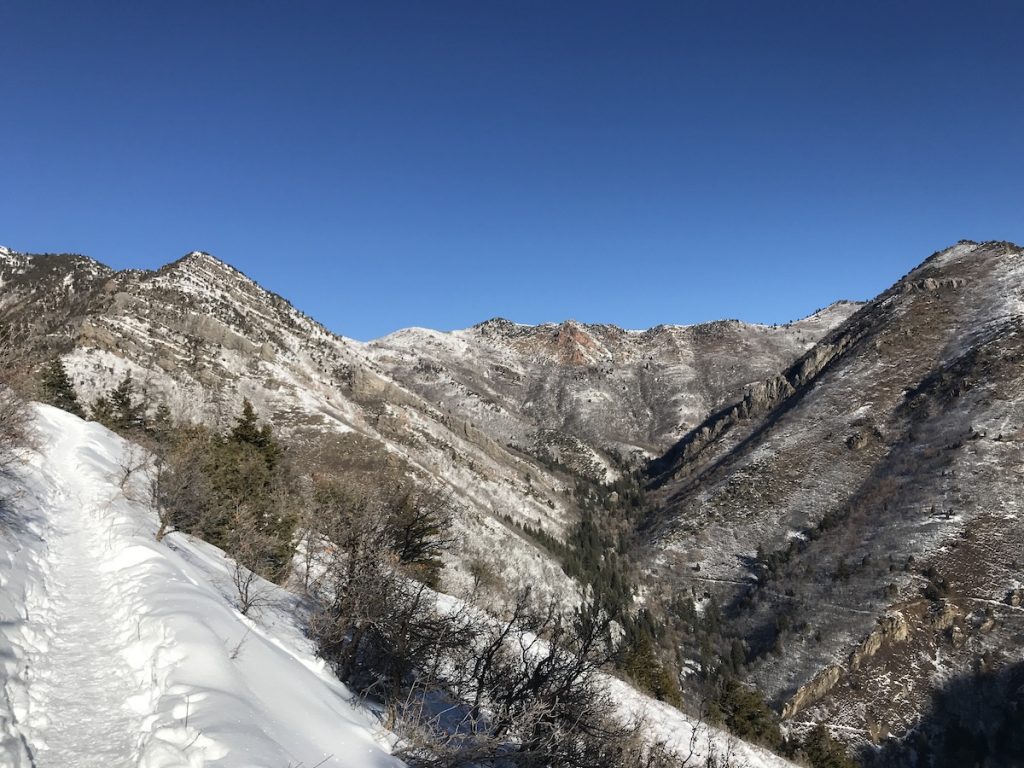 “You are not my mother.”  The words echoed in my head as I trudged through knee-deep snow trying to erase the dull pain of that specific insult.  It was the day after Christmas and the kickoff of training for my first attempt at an ultramarathon. The chirpy beep on my watch ticked off the miles as I tried to forget the persistent, burning echo of the conversation from the night before.

I occupy some strange space between friend, interloper, babysitter, and step–mother to my longtime boyfriend’s two children.  There is no official title to this role. They call me by my given name, Robin, and on most days over the many years, that is more than okay.  However, the comment shot across the Christmas dinner table expanded the already gaping wounds in my continual search for belonging in this not-quite-family, yet still family dynamic.

It was in the process of seeking a safe space to process the emotional ups and downs of my non-traditional household that I found trail running.  Yet for all….running affords, there is no training plan that can adequately prepare you for being introduced and integrated into a child’s life after they have experienced a broken marriage.  I fell in love with their dad and was blithely confident that being another influence in their life would come naturally.

As is apt to happen in running at times, I conveniently forgot there are so many more variables that come into play.  Unlike their mom and dad, I was not there for the early stories. I did not get to toe that particular line. I stepped into a race already in progress.  Unsure of my footing, unaware of the course formerly plotted by two other people, only to be confronted with the extended lung-busting, quad-screaming, butt-burning uphill climb that is trying to integrate the expectations of two new households while putting the emotional needs of my boyfriend and his children before my own.

Years earlier, on a spring afternoon in the twilight of my twenties, wearing decrepit road shoes, I pulled over to the first trailhead I could find, intending to take a mental break from managing a relationship that included kids by going on a casual hike.  Quickly, the hike turned into powering up 600 feet in under a mile. When that would not suffice, I took off running trying to escape a deeper struggle where relationships, motherhood, and identity were concerned.

Fast forward to that December day, and I battled for miles against newly fallen snow, propelled by anger and sadness at playing an ambiguous role in helping raise two human beings.  Whereas the trail allowed me freedom to adventure unhindered, to learn without judgment, to make mistakes and become better, this strange version of motherhood felt punishing. Frankly, it was not on my terms — it felt like my first ever run down a steep scree — all flailing limbs and out of control, the constant threat of one wrong step leading to bigger consequences.  I reached my turnaround point as the snow started to dissipate. With each step back to the trailhead, my sense of dread increased.

“Why hasn’t he married you yet?”

“Don’t you want children of your own?”

“Too slow.  Should not be walking this section.”

“You can quit anytime.”

I buried and internalized. If I could not hold on to a sense of place or belonging in my own home, I was going to prove I could endure.

The kids returned to their mom after the holiday.  And I wanted life to go on as before. Throughout the winter, I tried to remain focused on my ultra training, posting to Instagram with captions meant to inspire and show to the world I was on some journey of deep discovery.  Bull. Nagging at my gut were the recurring negative sentiments I attached to myself; “the you are not’s.” If I struggled on a training run or if there was even the slightest discord at home, it was an additional weight I felt was my responsibility to carry, to show I could be all the things I desperately wanted to be.

A few months later in the days leading up to my goal, it all came to a physical and mental climax.  Race day was scheduled for mid-May. Two weekends before the race, my boyfriend and I got into an argument, the effects carrying forward for weeks.  The weekend prior; $600 toward car repairs. The Wednesday preceding the run, a scratchy throat. And then weather. All the rain, all the time. Yet, armed with a functioning vehicle, cold medications, and running gear, I drove to Idaho, still optimistic I could reach seven loops on a 4.79 mile course well within the 12 hours I had signed up for.

Battling a deep seated chest cold, wheezing up climbs, “the you are not’s” I believed dormant started aggressively taking space in this experience I had long waited for.  I grasped for something positive as my labored breathing spooked up a group of deer. They turned to stare at this strange spectacle moving through the landscape. I paused to try and take it in.  To try to regroup. I turned to continue down the trail and finally gave myself permission to say what I needed to hear. “You are fine. You are enough. If today is not the day, it is okay. You are just fine.”  This run, like our family, was an ongoing series of choices, adaptations, and improvisations without guarantee of what “success” would look like. But wasn’t it more important to define what that looked like for myself?  Even if it promised to plant me on my face a few times? I had spent so much time mourning the conventional background I lacked rather than treasuring the unique characteristics that brought me into the lives of two amazing kids and to the trail community.  I had been ignoring the very characteristics that made me a stronger woman in both arenas.

At the end of my fifth loop, I called my day.

The trail running community often touts mental toughness as a cornerstone of endurance over the distances.  Mental and emotional toughness had carried me through training to race day, from single girl to step-parenthood.  Running and relationships are adventures.  They are tests in patience and in measured responses to new challenges.  I may not be a mother, a wife, an endurance athlete, but I work diligently to earn an opportunity to try and be a better version of these things.  I love the person I am with my partner and I love the person I am becoming because of the trail. I am committed to our relationship and putting the needs of his children ahead of my own for the time they are with us as long as my own needs are acknowledged in return.  I continue to put deliberate effort toward the people and things I love in good faith that balance in life and in running will come around again.

And maybe that is just it.

In my experience as a stepmother and a trail runner, the victory has come not after crossing an arbitrary finish line, but in discovering the depths of grace I have been able to bestow on myself, on my family, and in my community in moments of success and failure.  Moving forward when the why is not clear. Finding that identity as a friend, parent, and runner is a multi-faceted, flawed, and wonderful evolution. Loss, grief, and frustration are acceptable, should be embraced, and can be worked through. Resilience is to be admired and cultivated.  And sometimes, you put more in than you receive.

Still unable to catch my breath, I sat in the trunk of my car, happy with my first trail race, but hungry for more.  It was how I felt every time we returned the kids to their mom. No, I am not your mother. No, I am not an ultrarunner (yet).  And these realities are not always convenient and I don’t always react as gracefully as I wish I did. Like all important things, I learn, I practice.  In the meantime, I will pause and lean into the divine weight of the small victories — a nine year old’s hand in mine, an 11 year old’s confidences, one mile or 24 miles — and keep putting one foot in front of the other.

Evolving runner and outdoor enthusiast based near Salt Lake City, Utah with her manpanion. Running came to her in college, but remained sporadic until exposed to the community of trail. It is now constant itch to escape the office and hit the mountains. Still seeking that first ultra finish and her next challenge, she is finding joy in embracing the journey with one foot in front of the other.
More From Robin Shea