Homepage / Community / Strength Doesn’t Have to be Solo

Strength Doesn’t Have to be Solo 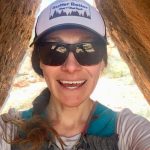 From Missoula, Montana, to Montpelier, Vermont, Rachel has been exploring roads, trails, and new distances for approximately the last 10 years. While not practicing public interest law, you can find her out enjoying the Western Slope of Colorado that she now calls home with her dog, Moose.
More From Rachel Allen 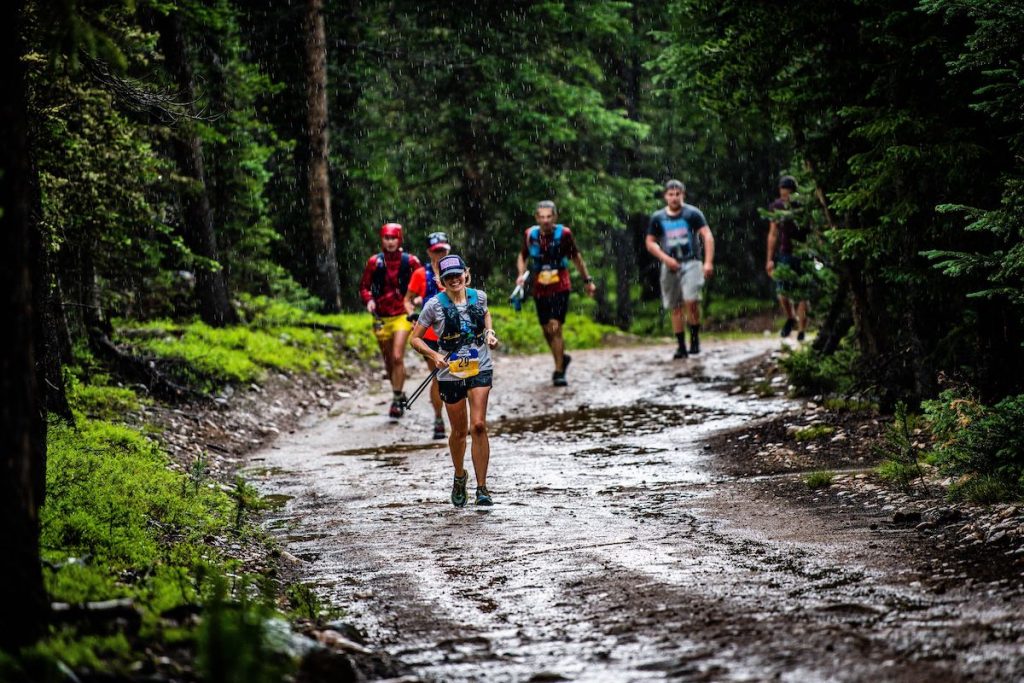 Do not tell the self-help world, but I’m not a fan of being vulnerable in any sense of the written definition.  Seems to me that vulnerable things in the wild get eaten.  Although I would describe myself as an open and sensitive person, but I have always strived to be the antonym of “vulnerable.”  I want to be resistant and tough.  I aim to be a woman who can run alone in the mountains, feel at home among the high alpine wildflowers, and a person who would not hesitate to wrestle a bear if needed (but let’s face it on that one, my arms are basically only good for carrying a water bottle).

However, I recently learned in an awesome and gnarly 100k that accepting and embracing the support of others can make you feel stronger than ever.  I found that letting in the encouragement and camaraderie of others did not make me feel vulnerable at all, rather I felt an increased tenacity in reaching my goal.  Also, it is way more fun to cross the finish line at 3:30 am, smiling and caked in mud with your trail sister.

I began long-distance running with my best friends in my 20s, all of whom are amazing independent women and who constantly impress me.  As we all grew and our lives changed, I found myself divorced at 31 in Vermont with a renewed interest in trail running.  I was free to be myself after a complicated relationship with someone who was not the biggest fan of the time I spent running.  I now was exploring new terrain in many senses.  I spent my free time discovering trails and developing a new sense of self as I worked through being single and dating again – gross.  Although just a hobby, I joined a running club full of inspiring and intense runners.  The races got longer and felt more important.

Even though I often ran with dear friends, this validation of self began to hinge on being alone on that single track.  No matter the distance or where I place, running makes me feel special, self-sufficient, and confident.  Even if the house is full of dog hair and the dishes are in the sink, running helps me feel like I am a strong woman who could handle whatever is next.

Last winter, I signed up for my first 100k convinced I would do it solo.  My training schedule began right after I had made a major move across the country with my dog.  The subsequent 20 weeks consisted of lots of time alone on trails throughout the Western Slope of Colorado.  Running is a fantastic way to explore a new place and my outdoorsy co-workers had great suggestions on how to torture my unacclimated lungs to new elevations.  I loved it.  However – the race seemed bigger and steeper the closer I got to it on the calendar.  This would be the highest and the furthest I had ever run.  The forecast of storms rolling through the mountains did not help ease any worries I had about this challenge.  There was only one way to find out if I was ready for the distance, elevation, and successful operation of how trekking poles worked – I just had to do it.  Gulp.

Two days before the race and after many days of hearing me ramble on about it, my friends said they were going to be there.  As I worried about the logistics, they assured me that I should just focus on my race and they would see me there.  I was scared that my new crew and pacers would have a terrible time waiting for me in the rain, or that in some way this meant I couldn’t handle the miles on my own.  I was afraid that if I didn’t finish, this would feel like an epic disappointment and failure for all of us.  The idea of accepting the support and help of others was really hard.

To my surprise, the presence of my rather spontaneous crew was awesome in practice – I felt more resilient with the encouragement of others.  It was so fun to see them pop up at an aid station with my favorite chips waiting for me.  I was so pumped for familiar faces, beyond excited to see their headlamp light bubbles bouncing around in the dark, and grateful that they stood in the pouring rain for hours as I focused on moving forward.

Even though my legs were tired, my feet were wet all day, and my hair felt like I had a case of mange, I had such a blast in those last miles in the dark.  I felt independent and beautiful.  I was stronger than ever crossing the finish line with my trail sister Melissa, who stress ate chips as the night went on, spotted a beautiful fox out hunting with us in the dark, and helped me laugh my way to the end.  I learned that you can do it alone, and sometimes that is completely awesome, but you do not have to in order to feel strong, independent, and badass.  Now on to 100 miles.

From Missoula, Montana, to Montpelier, Vermont, Rachel has been exploring roads, trails, and new distances for approximately the last 10 years. While not practicing public interest law, you can find her out enjoying the Western Slope of Colorado that she now calls home with her dog, Moose.
More From Rachel Allen