My Spontaneous Yosemite Half Marathon 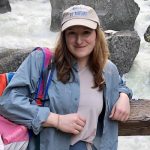 Michela Galante is an avid runner and Sierra Club volunteer from Brooklyn, New York. Even though she played collegiate Lacrosse, she never thought it was possible to run more than 10 consecutive miles. It wasn’t until she graduated college and started running on her own that she realized it was possible (of course it was)! She ran her first half marathon in 2015 and hasn’t looked back.
More From Michela Galante 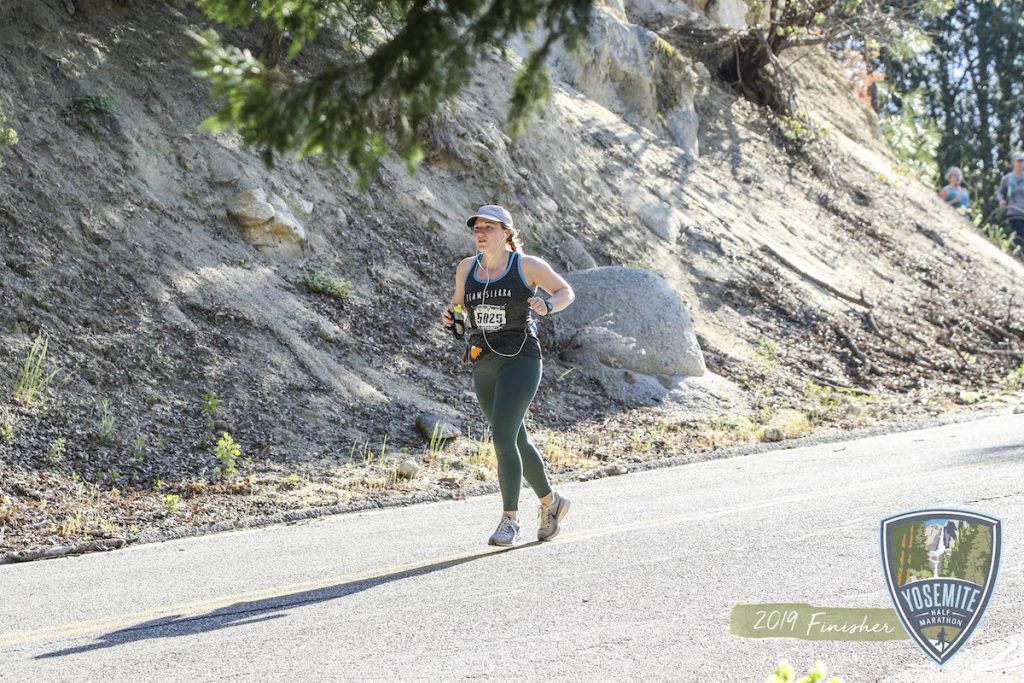 Yosemite, in my mind, is the most famous National Park in the United States. It was the first National Park I learned about in my high school science class. It’s the background on my MacBook. Travis Scott even recently wrote a song about the Park. It is everywhere for a reason: It’s one of the most majestic places you’ll ever visit.

I honestly never thought I would have the opportunity to visit Yosemite. Living in New York, It seemed like a faraway place; a place that I always saw in the Sierra Club pamphlets I received in the mail, or on episodes of Planet Earth.

I received an email from Team Sierra (the Sierra Club’s fundraising arm) that they were looking for team members for the Vacation Races Yosemite Half Marathon the following May, and it peaked my interest. As a Sierra Club volunteer, runner, and someone who struggles with Asthma due to our Nation’s poor air quality, I knew it was the perfect opportunity for me. I spontaneously signed up for the race on my way to work one morning, not even thinking what I was getting myself into, but knowing I wanted to be a part of a team and fundraise for an organization whose mission I support wholeheartedly.

It was one of the best decisions I have ever made.

Training for any race is hard. You must motivate yourself to run in 30-degree weather, stick to a strict schedule, and mentally train to fight through the long distances. I’m not new to running or even half marathons, but every race is a new beast and you always have to prepare for the unknown. While training, I tried to start off every run with reminding myself the reason I was doing all of this and how much this experience meant to me.

Fundraising for Team Sierra was honestly one of the best parts of the experience. It can be intimidating at first to reach out to almost every person you know and ask them to donate to your cause because it means a lot to you. What I found along the fundraising road is that people want to help – they want to stand up to fight climate change and the fossil fuel industry – they want clean air – they want to preserve our beautiful national parks and enjoy every part of this country.

The weeks leading up to the race were a bit nerve-wracking because I felt that I had a lot hanging on my shoulders. I was so excited to get to Bass Lake to see the beautiful place I would be running in, but I was so nervous to run at 5,000+ ft, a first for me. As soon as I got to the race expo and met the other Team Sierra team members, who traveled from all over the country to do the exact same thing as me, I felt a sense of unity and purpose – almost all my nerves dissipated.

As we drove up the mountain to the race start, it was a dewy, frigid 40-degree morning. The start line was at the top of a mountain, on a rocky trail. At about 5:45am, the horn blew, and I was off – catching my pace on the trail through the forest, passing little waterfalls and enormous cliffs – it was a beautiful start. When I got to the paved downhill road at mile 6, I was relieved that the temperature increased about 20 degrees. The downhill miles were also gorgeous – large pines, a view of the Sierra Nevada Mountains, the sun shining through the trees. The last few miles were definitely the hardest. What helped was running alongside serene Bass Lake in near perfect 60-degree weather. As I approached the finish line, there were hundreds of people cheering and I sprinted through with the biggest smile on my face.

My trip wouldn’t have been complete without visiting the rest of the park and seeing Yosemite Valley, Mariposa Grove, Glacier Point, views of Half Dome, and the beautiful, high flowing waterfalls. Driving through the Valley is one of the most surreal experiences, especially in mid-May when the falls are thundering from the glacial run-off.

When I spontaneously signed up for the race, I never expected the experience to be so momentous. I was in a state of pure bliss the entire six-day trip. I could not stop grinning from ear to ear.

John Muir, the founder of the Sierra Club and Father of the National Parks, said it best, “But no temple made with hands can compare with Yosemite. Every rock in its wall seems to glow with life.”

Don’t walk…run! Team Sierra will be returning to the Yosemite Half Marathon on May 9 for its fourth year. There’s limited space on our team, so sign up now!

*Editor’s Note: This article is written in partnership with Team Sierra.

Michela Galante is an avid runner and Sierra Club volunteer from Brooklyn, New York. Even though she played collegiate Lacrosse, she never thought it was possible to run more than 10 consecutive miles. It wasn’t until she graduated college and started running on her own that she realized it was possible (of course it was)! She ran her first half marathon in 2015 and hasn’t looked back.
More From Michela Galante