Running Past a Fear Response 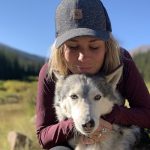 I started running about ten years ago as a way to process life, enjoy nature and get some energy out of my huskies. I live and play in Leadville, Colorado where I am also a mental health therapist specializing in working with children, adults and families who have experienced trauma.
More From Kristina Sargent 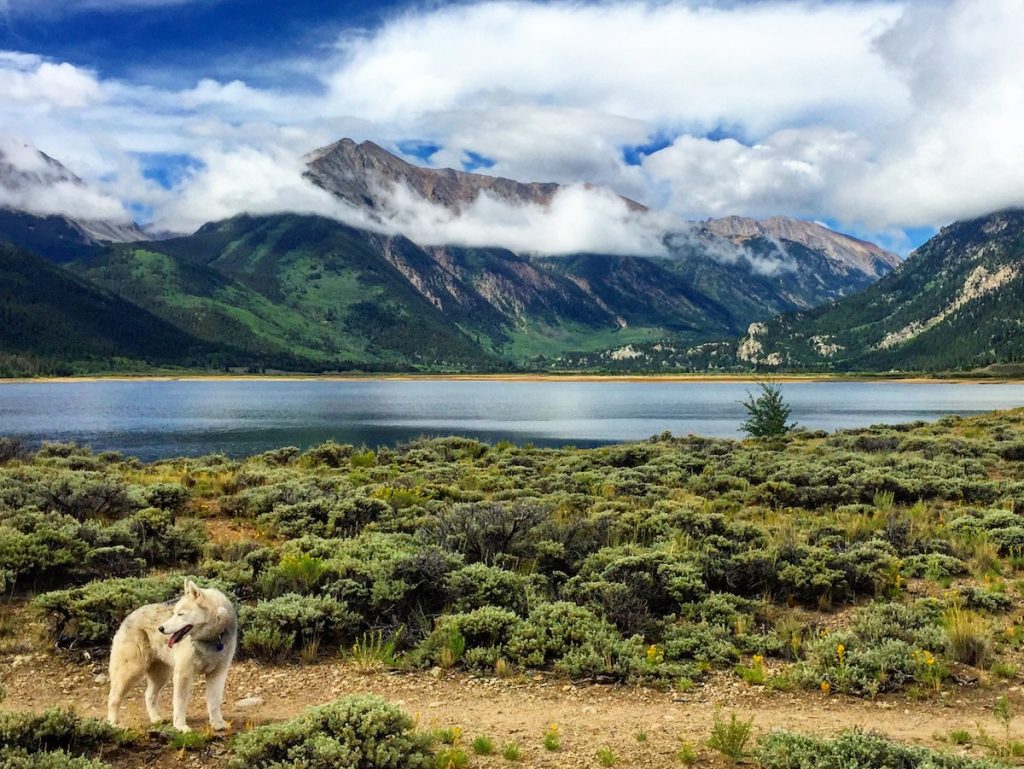 “Jimmy!” I can still hear my mother’s adrenaline-laced scream as my father was lying there, soaking wet on the living room floor. His eyes were like a pendulum, swinging but seeing nothing.

I don’t specifically remember how I got from my bedroom to the living room, but somehow I was there. And once I was there, I was immobilized. At the time, I didn’t know what it was, that living force that envelopes you during a fear response, keeping you utterly frozen but with such a heightened awareness you can take everything in, yet can do nothing about it. The paramedics arrived, my mom scrambled around, my father started talking coherently again, someone got him a towel, his hair and clothes started to dry, the paramedics left. And yet there I stood, voiceless, still as concrete, while the scene changed and progressed all around me.

My father had been struck by lightning that night and survived. Time moved forward and years of lightning bolt covered coffee mugs and T-shirts later, my dad and my family could talk about it, laugh about it. And even though I smiled when my dad unwrapped yet another lightning bolt joke gift on his 40th birthday years later, a part of me stayed standing in that far corner spot of the living room. A part of me stayed rooted in that brown shaggy carpet, a pulsating statue of fear and stillness.

It wasn’t the last time my survival brain chose the freeze response either. There was the time I fell asleep on the school bus and woke in the bus barn, I sat frozen in the darkness until someone came to look for me. Or the awkward times in middle school where I froze while getting picked on, or, even worse, when I froze when someone else was getting picked on.

And maybe that’s why, after college, I found running and I really connected with it. The ability to run through the pain, through mental stuck-points, through negative self-talk or existential crises. Processing life with movement felt empowering. It felt the opposite of frozen.

Recently my husband and I were hiking to the summit of a local 14ner. The summit was full of people, celebrating, drinking, taking photos, puffy clouds full of dimensions were casting shadows as far as I could see in the distance. And then in natural mountain fashion, everything changed.

“Everyone get down now! Get off of the summit and spread out!” A man yelled, his voiced laced with panic that ensued a sudden, collective adrenaline rush of activated nervous systems scrambling to make it down the mountain. I realized what was happening. The metal bead on my baseball hat started to buzz, a crinkling popping sound and sensation moved across my skin and scalp, unlike anything I had ever felt before. My hair stood on end with an eerie, electric, living energy. I remembered my father’s soaking wet body almost 25 years ago.

The first strike of lightening hit somewhere in the distance and the sky that just moments ago had been painted with Bob Ross puffy softness had been completely transformed by a thick blanket of black. In an instant, the rain came pelting from the sky and the boulder like rocks of the summit were now slick and shining.

For a moment, I stood there. I was nine, small and helpless. Literally in the middle of a lightning storm with no shelter for miles.

“Kristina, let’s go!” My husband yelled over the rain and now, hail.

My heart was bursting forward, the adrenaline and cortisol were coursing through my veins, but, for a moment, I could not move. As the electric popping started on my skin again, I decided to stay present. I had to go.

I scrambled over slippery rocks seeming to get nowhere. Lightening continued and cracks of thunder rattled me to the core as we all rushed for the safety of tree-line. I had enough basic information to know I could take a lightening position curled up and low to the ground on the balls of my feet, but knowing we were on the highest peak for quite some distance was enough to want to get off of the lightning rod altogether. Hail started again and came down with such force tiny red welts began to spring up on my arms and legs. The hail was building up in piles across the rocks and trail, tearing down the wild flowers that lined the path. I keep moving. My legs started to stride out and I was moving faster and faster.

Then this weird acceptance or perhaps complete exhaustion of my nervous system took over. My body stopped startling with each crack of thunder. The hail stopped hurting. And I found this moment of strange satisfaction about the way it crunched under my feet as I ran. Just as quickly as the storm had enveloped me, this weird calm and indifference took over. I looked up at the clouds, swirling and roaring in dark greys and blacks and for a moment, I imagined drawing them with charcoal.

“We made it!” Someone shouted ahead of me and then around me, I noticed the trees. The same trees I had looked at from above that were mere dashes smaller than my pinky finger nail. The same trees’ shelter that I had longed for with such intensity when the storm started. I breathed out heavily and felt my heart, still pounding forward, my body shaking out the stress of it all. I couldn’t believe how fast I had made it down.

I wiped my drenched hair from my eyes and looked back to see my husband almost to the trees. I looked up and now blue skies were peeking through the clouds. Skies so blue they made me question the validity of my own senses. There was one more faint rumble of thunder in the distance and just like that, it was finished.

The insects awakened to sing in gratitude and the sun beat down with such force and richness it was if I could see the wetness all around me evaporating. The hail piles began to disappear like magic and my own skin and clothes seemed to dry almost instantly. My exhausted nervous system became one with the sunshine that bathed me in contentment so heavy it seemed to be in the air around me too, the only thing left holding me upright.

The sun baked and held the earth and trees as if it were comforting a child, comforting me and nine-year-old me; as if it were apologizing for the storm. The wet sage brush in the sun released a fragrance so sweet and strong it was like incense.

And as I stood there, I felt, different. It was as if I had been brought through the darkness to the sharpest pinnacle of my fears, held and comforted in the sun as I was born anew, and then anointed with the sacred incense of the mountains. I held my hands in front of me to see that I was no longer shaking. I was calm and yet my heart was bursting forth with life. Movement can be a powerful thing.

I like to think that I absorbed that experience down into the deepest marrow of my bones. I carried it with me. I gave it to the little girl in the living room. And now she too is free.

I started running about ten years ago as a way to process life, enjoy nature and get some energy out of my huskies. I live and play in Leadville, Colorado where I am also a mental health therapist specializing in working with children, adults and families who have experienced trauma.
More From Kristina Sargent