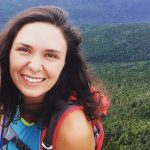 Molly is a middle-distance trail runner (and aspiring marathoner!) living on the east coast with her boyfriend Ryan and their cuddly cat Cedar. She found her passion in trail running in her early 20’s when she and her boyfriend began exploring local trails together and started a trail running club in their community. In addition to running, Molly can be found pursuing a lot of other activities like mountain biking, music, writing and gardening. She spends a ton of time reading about nutrition and other health topics, and is always trying to implement this knowledge in her day-to-day life to improve her running and overall well-being and happiness. She writes about her running and health adventures on a newly founded blog: lifeislikeatrail.wordpress.com
More From Molly Peterson 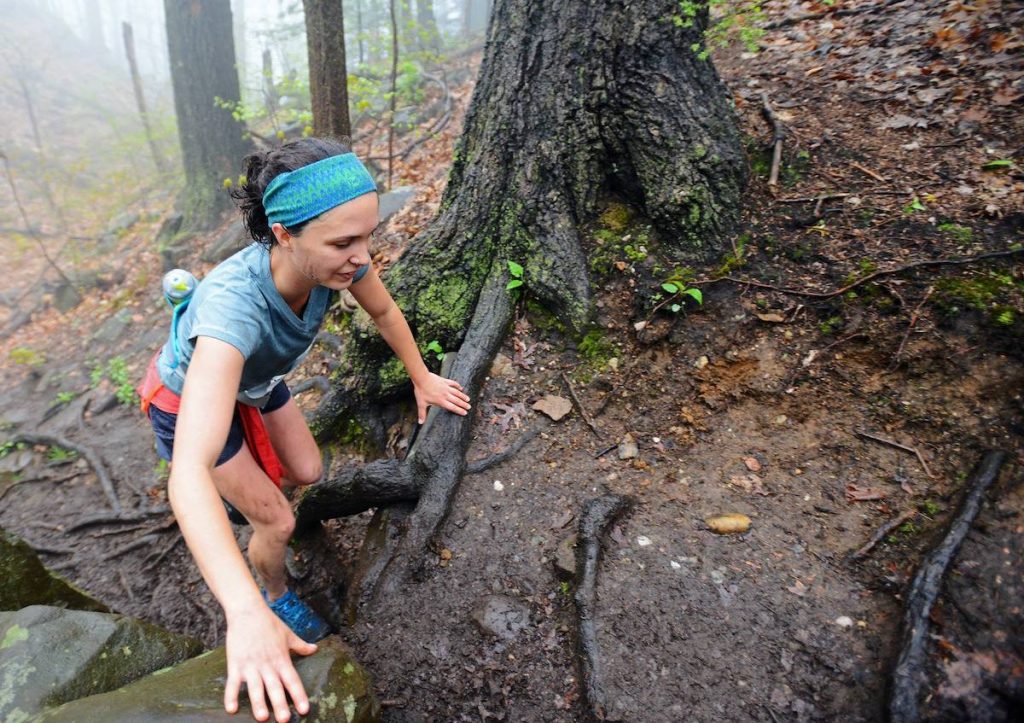 For almost two years now, I have had chronic pain in both of my hips and my lower back.  For a much longer time, I’ve also been an aspiring long-distance runner; and unfortunately, those two things don’t normally coincide. My pain is much more tolerable than that of many people who experience it; I can still run (albeit much less than I used to be able to) and live a healthy, active lifestyle in many other ways. However, I often have the frustration of getting two miles into a run and feeling a burning sensation in my hips and groin or a sharp pain shooting down my back that drags me down with each step. On many days, I “run through it,” but there are still many others where I decide to honor what my body is saying and cut my run short or take a rest day.

When I first started experiencing pain, I was training for my third attempt at a trail marathon. My first two attempts were derailed by tendonitis, and I was preparing to make a comeback from what had felt like an emotional let-down. It was an uncharacteristically warm spring day in April, and I had just embarked on my Saturday long run on the local mountain’s trail system. This training session was a marked improvement from my last two; I had been feeling stronger and was getting more and more excited to run my longest distance yet. All in all, this particular training run was no different than the others—my lung capacity felt great, my legs felt great—but at around mile 3, I noticed a dull ache in my left hip that seemed to worsen with each step I took. At mile 6, I decided to cut the run short and let my body rest. Because there was no specific incident that could have led to an injury, I believed it was due to overuse and that the pain would resolve on its own. I assumed I would quickly resume my marathon training like nothing had happened.

But that was almost two years ago. I still have lingering pain, and I didn’t compete in the marathon. By the textbook definition, my pain is chronic: lasting for 3 months or longer. I desperately chased after answers; I saw doctors of all kinds, went through chiropractors and physical therapy, and had countless blood tests, x-rays and MRI’s, all coming back “normal” or inconclusive. My pain goes through waves. There have been periods of time where it worsened to the point that any activity I did caused serious discomfort. There are other times (more recently) where I forget I have pain until I head out on a run or move too quickly into a yoga posture and am welcomed by the familiar dull ache or the sharp shooting sensations in my back.

Pain itself is an incredibly hard thing to endure, not only physically, but emotionally. As an active person, pain comes with many implications. What I had initially thought would be a brief hiatus from running ended up becoming several months away from the sport. During that time, I went through the emotions that I think a lot of runners go through when they can’t run: envy, the very real “FOMO”, self-deprecation, sadness–the list is much longer than that. For me, watching other runners succeed in their pursuits felt painful; I was too full of envy and frustration, wondering why this had to happen to me and my body, while others could run seemingly endless miles injury-free.

When I think back to my marathon training, I realize now that I was burning the candle at both ends. I had just moved to a different state, started a new job with an erratic schedule, and was in the process of applying to an online graduate degree program—on top of the physical stress of training for a marathon. We all have different levels of stress that our minds and bodies can handle, and my tolerance has always been low. For much of my life, I ignored this quality about myself and pushed on through. But as a runner, pain has a way of waking you up to the things you might be ignoring.

Taking a break from running was hard but led to a shift in perspective that I could not have anticipated. When I felt uncertain as to whether I’d be able to run again, I began to reframe my life through the lens of a non-runner. This meant that first I had to do the work of uncovering the reasons why I ran. I discovered that running had started to become an activity that fed my ego more than my body and soul. I had always been competitive in nature, so when I started performing well in local races, my “why” began to shift. Running became less of a personal pursuit and more of a competitive one. I loved seeing the numbers on my Strava account, the satisfaction of being “faster” and “logging more miles,” the fleeting surge of dopamine that came with placing in a local race. My love for the sport had become dependent on how well I could perform. This left me in a constant state of insecurity because there are so many variables that are constantly affecting a runner’s performance. I still ran for the positive reasons too: physical health, a wonderful and supportive community, stress relief and the sheer joy that running brought me— but there were many other deep-seated reasons, and those were the hardest to let go of.

I learned to slow my life down–to find joy in moving at a pace that I was no longer used to moving at. I spent time simply walking in the woods, listening to the birds, looking up at the sunlight shining through the cracks in the forest canopy. I spent time in my garden pulling weeds and planting seeds. I altered my diet to include high-quality, anti-inflammatory foods. When I started feeling better, I incrementally began running again. This time I didn’t use a watch or Strava to clock my miles—I simply ran until I started feeling pain or felt tired (which was only after about 10 minutes or so!). It was an approach to running that felt totally foreign to me; over the years I had learned to carefully log my miles, and now, running without structure felt strange. But there was something freeing in starting over, in having no mileage goals, in allowing myself to slow down without berating myself for it.

Dealing with an unresolved injury comes with hard emotions, but, like any challenge in life, it also presents an opportunity for growth. Over the past two years, my running hasn’t grown in the typical sense that can be measured by distance or speed, but it has changed in many other positive ways that I couldn’t have imagined two years ago. Pain—whether caused by an acute injury or a more chronic condition—has a powerful way of humbling us. It’s a reminder that we are mortal, that our bodies have limitations even if we don’t want to acknowledge that fact. Now, I compete in shorter-distance races. I still find myself caught in the pattern of thinking that may have contributed to my chronic pain in the first place: that to be a better runner, I need to be running longer distances and becoming faster. These are fantastic goals, and certainly are ways to become a more accomplished runner, but for someone like me whose body is not quite ready to check those boxes, it has helped to ask myself: “Why is this important to me?” Maybe someday, I’ll “run through the pain” and finally complete a marathon. Or maybe I won’t. Either way, I’ll aim to get back to my real reason for running: to treat my body in a way that fuels, nourishes and respects its physical boundaries, whether that means heading out for a two-mile run, a ten-mile run or staying in for a rest day.

Feature Photo: Author at the Seven Sisters Trail Race in Amherst MA and was taken by photographer Ben Kimball.

Molly is a middle-distance trail runner (and aspiring marathoner!) living on the east coast with her boyfriend Ryan and their cuddly cat Cedar. She found her passion in trail running in her early 20’s when she and her boyfriend began exploring local trails together and started a trail running club in their community. In addition to running, Molly can be found pursuing a lot of other activities like mountain biking, music, writing and gardening. She spends a ton of time reading about nutrition and other health topics, and is always trying to implement this knowledge in her day-to-day life to improve her running and overall well-being and happiness. She writes about her running and health adventures on a newly founded blog: lifeislikeatrail.wordpress.com
More From Molly Peterson