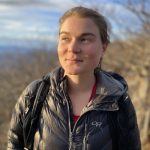 Katelyn is a fan of collecting niche passions: ultra running, ultimate frisbee, agroecology. Katelyn uses running and biking to explore new homes- she has moved 20 times, living in nine U.S. states and 5 countries outside the States. In all these transitions, Katelyn finds opportunities for micro-adventures everywhere and anywhere, be that a marshy trail run in Washington D.C. or a 15 hour hike in the Peruvian Andes. She believes in taking advantage of where you are at, wherever that may be. She is an aspiring international development practitioner.
More From Katelyn Mann 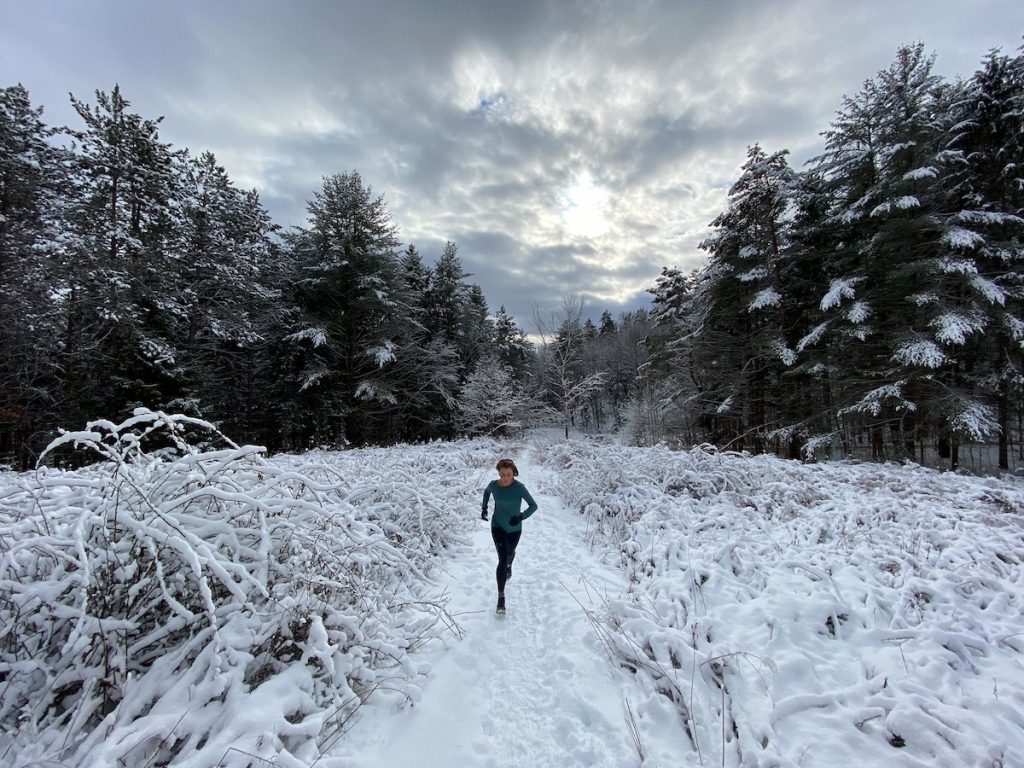 Where we found ourselves: Mikayla and I woke up shivering to dappled sunlight sneaking in through the crust of frost coating the inside of the Subaru’s window. Fudge. Frost is not supposed to be on the inside of the car. Those flakes belong outside, coating the trees and sprinkled on the ground to crunch under our boots during the early hours of our Adirondack hike. This memory marked the morning we learned an essential of winter (car) camping:

Lesson: Crack the car window. You sure won’t want to keep it open as the cold air seeps in, but even worse is waking up to the task of scraping ice off the inside of the windows with a CD case, cold flecks hitting your face. This will certainly cut into your adventure time.

Backtrack to how it all began: Mikayla and I met our first week at Green Mountain College in Poultney, Vermont, August 2015. She was a transfer student who had grown up in New Hampshire and just jumped off a thru-hike of the Appalachian Trail. She was too antsy to sit in a classroom chair all day and eager to explore the area. I was an Army brat (daughter of dual military parents) with too many moves under my belt (my family was generally re-stationed, i.e. relocated, every two years) to wait long before getting to know a region. We were both ready for adventure. We spent the semester reaching farther and farther by foot, bike and skis.

Fast forward a few months and snow encapsulated the North Country. This was new territory for me. I was more accustomed to picking prickly pear cactus fruits to munch on during hikes in the mountains than snapping off icicles to lick. But I was in good hands; a native New Hampshirite knew how to deal with traveling in snow. Or so we thought. Turns out we both had a lot to learn. (Note: Mikayla finished her thru-hike of the PCT this past September, a particularly snowy year. She is now a definite expert on camping and traveling in snow.)

We started our snow explorations cross country skiing across campus in between classes and snowshoeing on the golf course down the street in the early mornings. We borrowed telemark skis and drove a few miles to an abandoned ski resort, falling more than gliding through the trees and bushes. The local adventure scene was booming, but Mikayla and I wanted to spread our wings a bit.

We began to plan weekend winter adventures farther afield. ‘Planning,’ at first, meant sitting around our common room late on a Friday night, sipping wine, theorizing about what we were prepared for and arguing about how far we wanted to drive for Saturday’s adventure. I was generally the early riser, trying to get us out the door by five or six a.m. to take full advantage of the short days. We shuffled around trying not to wake our roommates, throwing bananas, peanut butter and granola in our packs while chowing down oatmeal. The communal hall closet became our gear room where we collected thrifted winter finds throughout the year. Every trip demonstrated a need for one more gear item that would prove useful to our collection. The unavoidable clunks of our gear on the laminate floor undid every step of silence attempted for the sake of our roommates.

Our first adventure, before the gear collection began, was spurred by Mikayla’s memories of hiking Killington in the Green Mountain National Forest the past summer. Seven miles she claimed, the perfect distance to start the acclimatization to snow travel. We decided the route on Friday at Midnight and embarked at 6 a.m. Saturday, curving east on Route 4 and watching the snowpack grow with elevation. Seven miles morphed into fifteen as our pilot winter hike transformed to a trial by fire. We moon hopped through the snow all the way down the mountain, landing in the parking lot just as darkness set in with one soaked boot and rumbling stomachs. We were freezing yet smiling ear to ear. Lessons learned:

And so the (mis)adventures began. Off we headed to the Adirondacks for our second weekend winter adventure, both properly clad in snow pants and winter boots.

Keene Valley, NY is a quaint, small-town that serves as a gateway to the High Peaks region of the Adirondacks. Keene Valley is about two hours from Poultney; the route snakes north along Lake Champlain then juts west towards the mountains. The Adirondack Park surrounds most of the drive- the park is the largest in the contiguous U.S. and equals the size of Vermont. Yellowstone, Grand Canyon, Everglades, and Great Smoky National Parks could all fit inside the Adirondack Park. A matrix of public and private land is classified into seven land uses; the largest category, 1.3 million acres, is Wild Forest. The Adirondack Park is an incredible feat of conservation and preservation planning combined. The High Peaks region of the Adirondacks, famous for its ice climbing and sky-high summits, became our winter training ground.

We headed out with the intention to buy a good map, find a place to sleep, cross country ski and hike up a 46er or two. We learned the car is a cheap and comfortable place to sleep only with proper preparation and basic knowledge (crack the window). We learned it’s ok to go and thaw off in a cafe before jumping into a hike after a cold night. We learned cross country skiing on ice is not our idea of fun. We climbed Cascade, one of the easiest 4000 footers to access, and caught the High Peaks bug. We recognized that we were great travel companions, able to adapt to discomfort and roadblocks collaboratively while retaining high spirits. Mikayla and I recognized many adventures and opportunities for education lay ahead of us, so we started gathering gear and most importantly, we started taking note of the lessons learned:

I quickly grew to love the North Country, largely because of the winter wonderland that characterized half of the school year. Vermont became my adopted home. Adventuring with Mikayla and other friends, I learned how to prepare for backcountry trips and collaboratively adapt to change. I know the time for crampons versus snowshoes and how both should be packed, always. Every outing provides an opportunity for growth and knowledge acquisition as long as I remain humble and incorporate reflection. Turns out that is a pretty good mantra for every aspect of life- especially, now, in my ultrarunning. Making mistakes is inevitable; learning from mistakes and rolling with the punches is a choice. Now I always write down what I learn.

A special thanks to the best adventure pal I could ask for, Mikayla “Brightside/Cheese Grater” Clarke. I look forward to soooo many more adventures to come.

Katelyn is a fan of collecting niche passions: ultra running, ultimate frisbee, agroecology. Katelyn uses running and biking to explore new homes- she has moved 20 times, living in nine U.S. states and 5 countries outside the States. In all these transitions, Katelyn finds opportunities for micro-adventures everywhere and anywhere, be that a marshy trail run in Washington D.C. or a 15 hour hike in the Peruvian Andes. She believes in taking advantage of where you are at, wherever that may be. She is an aspiring international development practitioner.
More From Katelyn Mann