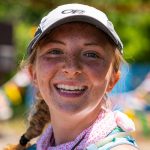 I am a trail runner and mountain lover, currently residing in New Hampshire with my trail dog, Moose. I’ve been known to fill my hydration pack with cold brew coffee and eat a box of semi-frozen waffles on the run. My sense of direction and navigation skills are comical, and I’m guaranteed to fall at least once per run. When not on the trails, I’m a student at the University of New Hampshire. I study dietetics and kinesiology, hoping to specialize in nutrition for endurance athletes when I graduate (after hiking the PCT!) You can find me at @lizzieshell22 on Instagram! PC: Howie Stern
More From Elizabeth Shell 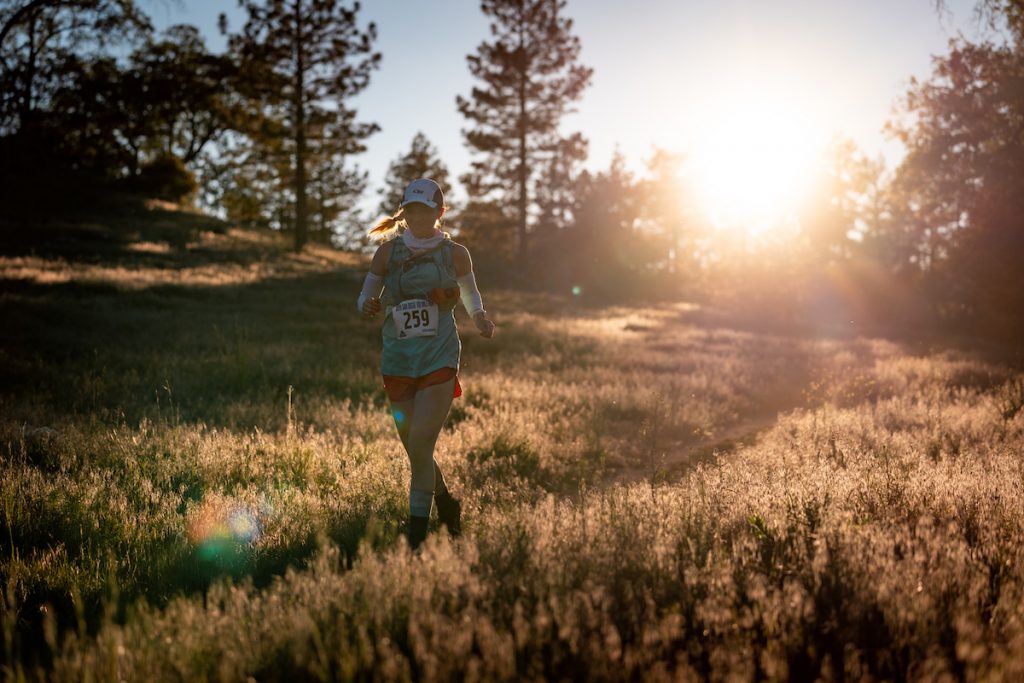 Everyone remembers their freshman year of high school. There was excitement, nerves, and everything in between. My freshman year of high school was a fuzzy blur of doctor’s visits, social isolation, and battling the country’s deadliest mental illness. I can still remember the moment that my doctor told me, “You have anorexia.” I remember the room being absolutely freezing, or maybe that was just my lack of body fat. I remember looking down at my legs, hanging over the exam table. I was convinced they were too large for anyone, especially a doctor, to mistake me as being anorexic. In reality, I was 90lbs, my XS skinny jeans were baggy, my eyes had sunken in, and my hair was falling out. “Your heart could stop if you walk up a flight of stairs,” my doctor said. I was 15 years old.

My battle with my eating disorder started when I wanted to recreate myself. I was going into high school, after all, and I wanted to be a cool kid. I wanted to fit in with the crowd. Up until this point, I was a quiet, nerdy, horse-obsessed girl. My only friends were those from the barn. I spent every afternoon, weekend, and summer with horses or talking about them. It became apparent that this did not make me cool, whatever that meant anyway. My efforts to reinvent myself started with talking less about horses, upgrading my wardrobe, learning all things hair and makeup, and running. Cool kids ran, didn’t they? I’m not entirely sure what lead me to believe that going for a 2-mile run after school would radically change my social status, but 15-year-old girls are not always rational. Ideas of losing weight soon appeared. After all, I was reinventing myself.

I started restricting food. First desserts, then anything with sugar or fat, and anything high in calories. I started losing weight and enjoying this game I was playing. How little could I eat in a day? 800 calories? 500? 400? I had a sense of control over something for the first time, and I liked it.

A few months later, I was very sick. Daily appointments with medical professionals, dietitians, and therapists became the norm. I was still going to school but didn’t learn much during that time due to my complete lack of energy. Besides, I was far too focused on how I would get out of eating dinner with my family and sneaking in a run, despite being put on exercise restriction.

At this point, it wasn’t about being cool anymore. I was in my own world, which consisted of lying to my parents and doctors, and skipping school lunch to walk around the building as many times as possible. I lost my period at this time, which I thought was great, not understanding the red flag my body was giving me. I let go of horseback riding and said goodbye to my horse at this time. It didn’t seem to matter. Nothing mattered. I was playing the system well, continuing to restrict, control, and sink deeper.

Things changed when my doctor, who had enough of me lying and hiding, said I must go into inpatient treatment. I refused. I lost it. I finally realized how serious this was. I made an agreement with my parents that day. If I could slowly but consistently gain weight and continue to get help, they would not force me to go to the inpatient center. This is where the long road of physical and mental recovery began.

I regained my weight over the next few months. Physically, I appeared healthier. My family was still concerned but began to relax as my physical health improved. However, I was still sick, and hiding the emotional consequences of the illness quite well. I was eventually allowed to exercise and running entered my life again. I’d like to say that it helped me love my body and feel empowered, but that wouldn’t be true until much later. I started running again to stay thin, only allowing myself to end my run when my watch said I burned a certain number of calories. Physically, I was healthy enough. I regained the weight, got my period occasionally, and forced myself to eat whatever my parents served me. That’s how the rest of high school went. Oh, and I never became a cool kid, nor made friends.

I started college the following fall. New opportunities, new people, and new me…or so I thought. I wasn’t running at this point, since it was easier to just control my weight by eating less. To be honest, I never even liked running that much. I was too busy meeting people, going to events, and diving into my studies. Within the first month, I found myself dating someone, who would go on to drag my self-esteem down to rock bottom. I went to a dark place that year. It’s tough to describe the effects a toxic person can have on your life. I was disgusted with myself, more so than ever before. I felt worthless, wrong, and unlovable. “The difference between you and other girls is that you’re not skinny,” I was told. My old friend, anorexia, resurfaced. I didn’t eat for 2 full days after that comment. I dislike the word relapse, but I guess you could say that’s what happened.

One year later, and after another countless fight, I laced up my old running shoes and went for run in the woods behind my dorm. I’m still not sure what prompted me to do so, but I ran. Flying through the woods, I felt free. A lightness and peace of mind washed over me. What was this feeling? I ran 10 miles that day. I returned to my dorm room with a smile on my face. I had become a pro at faking happiness, but this was genuine. For the first time ever, I didn’t check how many calories I burned. I didn’t care. This moment changed everything.

I left that horrible relationship that same afternoon. With my newfound love of trail running, I found courage. I would be lying if I said that everything was sunshine and rainbows after that. Rebuilding my self-esteem and finding self-worth was a journey with countless ups and downs. Trail running remained a staple in my redemption. It gave me a space to think and feel. The more time I spent on the trail, the less I thought about food, burning calories, losing weight, and the awful things that had been said to me. I began to respect my body. I began to care about it. I became so obsessed with caring for my body that I switched my major to nutrition.

My junior year of college, the running bug hit me even harder. I ran a half marathon that November and signed up for a marathon the following March. My first trail race and first 50k came in early May, followed by a 50 miler in September. I completed my first 100 miler the following spring. You could say that I was hooked. The community that I found through trail running was unlike anything I had ever experienced. I finally found the friend group that I’d spent forever searching for. I’ve met some of my best friends through trail running, and I’ll be forever thankful for that.

Trail friends are unique. I’ve found myself opening up and sharing my story on countless occasions to people I had just met that morning. It’s interesting how long days on the trail can bring you so close to people that were strangers just 24 hours ago. I’ve realized that my experiences with an eating disorder, body image issues, and low self-esteem are not uncommon. It seems as if everyone I encounter has had their own struggle or knows someone who has. In a world obsessed with diet culture and body image, it’s hard to break free.

Nobody is alone in this.  Perhaps that’s why we find the trails.

I often get confused looks and the question “Why???” when people learn about my ultrarunning. To be fair, most college students don’t wake up at 5am on a Saturday morning to spend 6 hours running in the mountains. To address the question “why,” I run to find freedom and discover new pieces of myself. I love to explore the world around me. Nature is truly incredible. The community and friends that I have made are unlike any others. I seek trails because they offer a safe space, where I can appreciate the power and ability of our body, the same body I once abused. My legs, the same ones I once looked down on in disgust, have carried me thousands of miles and climbed hundreds of mountains, and allow me to live a meaningful life. That’s why I run.

I am a trail runner and mountain lover, currently residing in New Hampshire with my trail dog, Moose. I’ve been known to fill my hydration pack with cold brew coffee and eat a box of semi-frozen waffles on the run. My sense of direction and navigation skills are comical, and I’m guaranteed to fall at least once per run. When not on the trails, I’m a student at the University of New Hampshire. I study dietetics and kinesiology, hoping to specialize in nutrition for endurance athletes when I graduate (after hiking the PCT!) You can find me at @lizzieshell22 on Instagram! PC: Howie Stern
More From Elizabeth Shell