Running to Pass the Bar 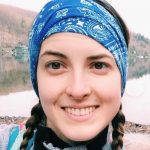 Jacqueline just turned 25 and lives in Ottawa (Canada). She found ultramarathons during law school and while she has a soft spot for timed races on short tracks, she is always happy to go on adventure runs. She also enjoys open-water swimming and vegan chocolate cake. Her first fiction novel was published in 2019
More From Jacqueline Bedard 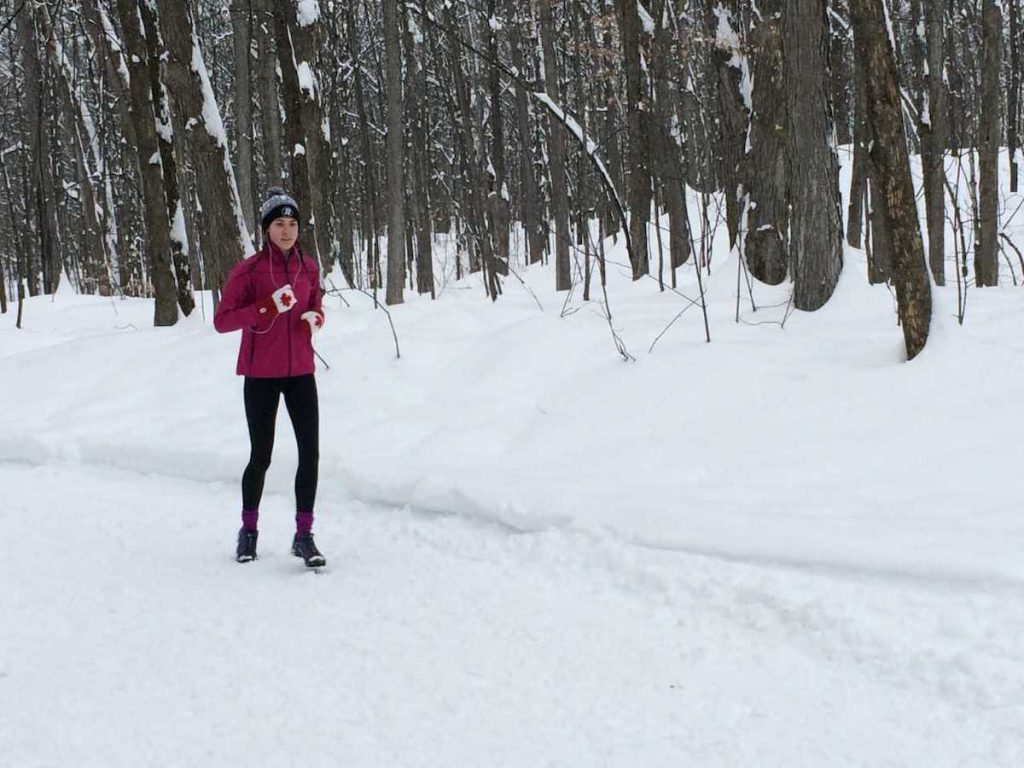 I first started really running during law school. I say really running, because that is when it started to mean something to me. I had run before, doing cross-country and track and field in high school, and training for triathlons in undergrad. I enjoyed it, but from a distance. The races were stressful and I always found that they were over before I really got into them. I tried other sports too – sometimes just once, sometimes for several months. I swam outside in the summer, purely because I loved the feeling of silky lake water. I did a few competitions and had a good time, but felt no urge to continue, had no big goal to aspire towards. All I knew was that I needed to keep moving. I didn’t know much about myself then, but I had begun to sense something was changing. Like a dark sea just lapping at the edge of my consciousness, or a faraway noise. I noticed that if I moved, I was happy. If I didn’t, the day was sharp and jagged and I felt the wear of it in my thinning patience and heavy heart.

I studied law at a different university than where I had spent the previous three years completing my undergraduate degree. I moved from a major, international city to a small town by a lake. I was relieved. I’ve always needed respite from tall buildings and crowds of people. I could run outside without dodging foot traffic and bikes and the constant crush of vehicles. I found a favorite circuit, and then another. Fall of that first year smelled like old stone buildings damp from the rain and seemed golden with all the changing leaves. I ran whenever I could, hugging the shoreline on most days while the lake glittered in the background. Things were new and exciting and while I had felt the dark tide start to shift, I ignored it. By the time I came back from my run all was right with the world.

I ran my first ultra that summer; a 6-hour timed race. I loved it. I was looking up the next one I could do while I ate my celebratory dinner. I was so happy I felt sick.

I still don’t know when it changed. Maybe there was no specific moment, but rather thousands of tiny things that added up until some internal stress threshold was breached. Whatever the cause, something inside me broke. I muddled through my second year of school but still had moments of reprieve. I kept up with extracurriculars (mostly) and went out (sometimes). I was sad, but I put it down to the stress of summer job recruitment. I still ran though. Not with a watch or any type of plan or agenda, but solely for the purpose of bringing me peace. I discovered a love of moonlit winter runs when the snow was bright and thick and everything was quiet. I ran a 12-hour and then a 6-hour race that summer. I found that the long duration and the timed format took all the pressure off of running it fast; I just had to keep moving. The hours slipped by in a warm flow and I carried the afterglow with me for a while.

But it wasn’t enough. The sadness I had tasted before was consuming me now. A gaping hole that opened up just below my chest and would pull me down with such force it was physically painful. I cried until I fell asleep. Food tasted like dust and it took every bit of grit I had to show up to class, even if it was in the same sweatpants I had worn all week. I stopped sleeping and started catching glimpses of shadows scuttling away, out of the corner of my eyes. Still, I hadn’t completely given up. I was planning other races for the summer. This was not out of any sort of competitive drive. I just wanted to have something to look forward to. My runs were literally just shaking out the bad thoughts that had accumulated overnight. They weren’t very fast or very long, but they made me feel like a real person for a bit.

I graduated. I kept running.

When I started studying for the bar exam I realized that the skills that made for a successful ultramarathon were easily transferrable to this new challenge. I knew how to stay focused for hours, but also how to relax within it. I had learned, over and over again, how to keep moving forward – especially when the end goal seemed impossibly far. I had a strategy for dealing with properly fueling my body, despite a nervous stomach. I understood the importance of not burning out before the big day and, when it finally came, I knew that I could trust myself not to give up.

I was, by this time, also very aware of the magic of the mental-health run. The run where the only purpose is to feel better when you finish than you did when you started. What had been an anchor throughout law school and had led me to find ultras in the first place then became critical to my bar preparation. It gave me a reason to get outside, to stop studying, to let the information settle.

Things are better controlled now, although I do occasionally get hit with particularly difficult times. I don’t rely only on racing or running to keep upright, but it will always be important to me. I still take mental-health runs, where I focus only on the joy of being able to move through the world. I still race timed ultras because that is what makes me happy – but it is not the only thing. This year I am hoping to do my first 24 hour race. It will undoubtedly be hard, but the good kind of hard.

Jacqueline just turned 25 and lives in Ottawa (Canada). She found ultramarathons during law school and while she has a soft spot for timed races on short tracks, she is always happy to go on adventure runs. She also enjoys open-water swimming and vegan chocolate cake. Her first fiction novel was published in 2019
More From Jacqueline Bedard