Homepage / Community / No Time To Waste

No Time To Waste 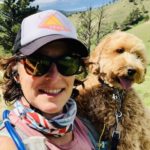 Alison is a marketing executive, TEDx speaker, and lifelong athlete living with Stage IV breast cancer. She fell in love with the trails when she lived in Marin County, CA and is excited to reconnect with them in her new home of Boulder, Colorado. When not trail running, you can find Alison adventuring all over the globe (as soon as it’s ok to travel again), snowboarding, hiking and playing with her dogs, Cooper and Bertie.
More From Alison Hadden 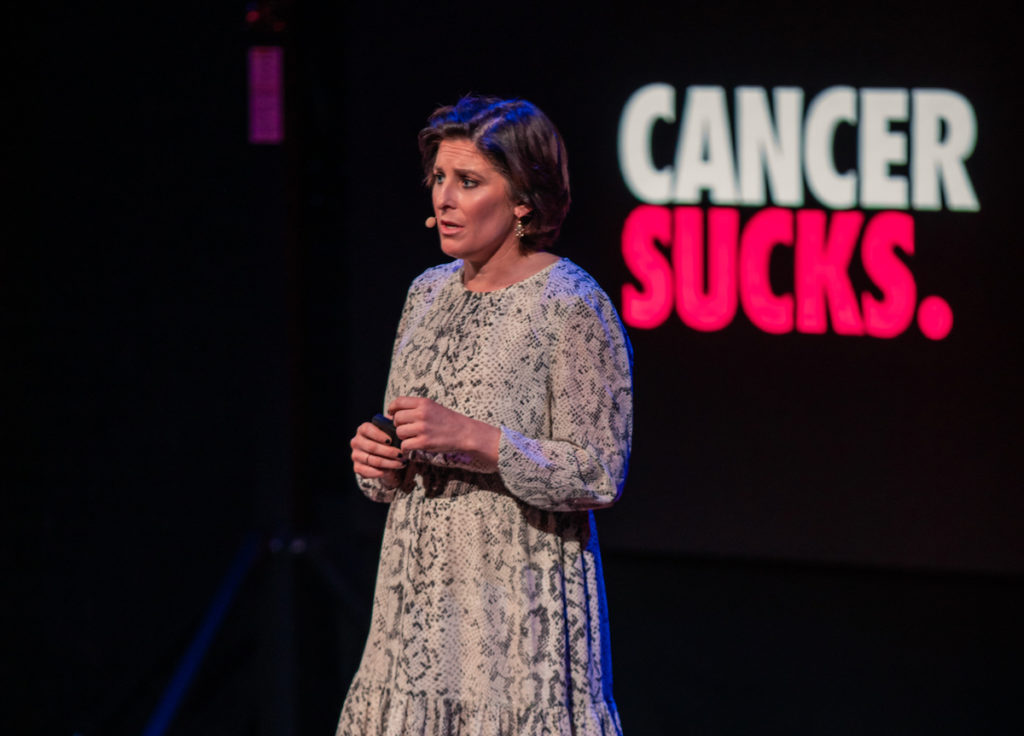 It’s been nearly two years since I’ve felt like myself – physically at least.

In August 2018, I got diagnosed with advanced breast cancer at a fit and seemingly healthy 38 years young. What followed was 15 months of treatment – 5 months of chemo, a mastectomy, 6 weeks of daily radiation and 6 months of oral chemo which wrapped at the end of December 2019. My Oncologist told me I had an 85% chance of outrunning this thing, so I went back to living my life, having just moved to Boulder and starting to get invited to speak at events all over the world.

Then in mid-March, I noticed my cognitive functioning was off. I was having a tough time finding words and struggling to communicate. I was mentally slow, described by my partner as having gone from a steak knife to a butter knife. And as that progressed, by mid-April, there was a rapid physical deterioration as I struggled with migraines, vomiting, dizziness and weakness.

After finally telling my Oncologist something was wrong, a subsequent brain scan showed I had a metastatic brain tumor the size of a lemon in my frontal lobe. No wonder. I got admitted on the spot for emergency brain surgery and 24 hours later, the lemon was out. Surgery was a complete success and almost immediately I was myself again, communicating normally and firing on all cylinders. Doctors said the surgery and my rapid recovery was nothing short of miraculous. I’m now dealing with a terminal cancer diagnosis but they didn’t find any other cancer in my body so the plan is do some targeted radiation and then live another 30 years.

Out of all of it, probably the hardest thing for me was the physical changes I’ve experienced as a result of cancer treatment. I gained 15 lbs and lost all my lean muscle as my metabolism screeched to a halt and I entered medically-induced menopause (gotta love the hot flashes that wake me up throughout the night). I said goodbye to my jet straight long hair and my eyebrows, now growing back curly and currently no further along than a mullet. After 21 months, still, every time I look in the mirror, there is some level of “who is that?” and I’m reminded of my cancer diagnosis. And worst of all, through cancer treatment, I lost my connection to feeling like an athlete.

I fell in love with trail running in my 30s when I lived and worked in the ultrarunning mecca of Marin, just north of San Francisco, and home to the Headlands and Mt. Tam. I started racing and the only thing that got in the way was the multiple stress fractures on my hips, a result of too much time on the trails and not enough time strength training in the gym. Mountain running encompassed all my favorite things – speed, sweat, challenge, music, learning (through podcasts), breathtaking scenery, animals, solitude and adventure. Snowboarding is my winter equivalent, just less work and more snacks.

After cancer, the extra weight, the higher body fat %, and the lack of endurance, made running the trails feels foreign, like I’m in someone else’s body. When it comes to calories in / calories burned, 1+1 = banana (not 2) and this has frustrated the hell out of me. And then I feel sad because again, it’s a reminder that I have cancer. Everything’s different now and I may never look like the person I was 21 months ago at my time of diagnosis who was about to start racing again.

It’s been a process of acceptance on many levels and a journey that’s challenged me to embrace where I am, focused less on the outside (what I weigh, what I look like, how fast/far I’m running) and more on the inside (how I feel). I’ve found myself grateful to just have the opportunity to get out on the trails.

In the fall while I was still on pill chemo, I did 5K and 10K XTERRA Trail Races in Hawaii, nowhere near the podium but proud to just have completed them. Keep in mind, I was never someone who did a race just to finish it, so this was a shift for me. I attended the Trail Sisters Boulder Retreat back in October to scout local trails and get connected to like-minded women and I didn’t worry about the fact that I was slow.

After this last brain tumor curveball when I couldn’t run for weeks, I focused on getting out on the trails to hike every day with my mini labradoodle puppy Bertie, increasing the distance or vert a little each time. I was overwhelmed with gratitude to be able to walk out my door and be on Mt Sanitas in minutes, and was giddy to be back on the trails, immersed in the beauty of nature, just feeling so lucky to be alive.

I’m now a month out from brain surgery and have been running every other day, slowly transitioning to flat trails as I become more confident in my balance and coordination. I’m slow, and sometimes I have to stop to walk a bit, but I’m doing it. By the time Trail Sisters Boulder brings back socially-distant group runs, I should feel ready enough to give it a shot.

I’m working hard with my therapist to find a place of acceptance – both in where I am physically and with my diagnosis – eager to recognize the body I’m in as mine and feel like an athlete again. Until then, I’ll just continue to be grateful I have access to mountains in my backyard now, I’m healthy enough to start running again, and right now I have the freedom and flexibility to go explore it all with only a short stint of radiation in the coming weeks.

Still, I’m looking forward to giving back this body in exchange for the one that feels like me.

Alison is a marketing executive, TEDx speaker, and lifelong athlete living with Stage IV breast cancer. She fell in love with the trails when she lived in Marin County, CA and is excited to reconnect with them in her new home of Boulder, Colorado. When not trail running, you can find Alison adventuring all over the globe (as soon as it’s ok to travel again), snowboarding, hiking and playing with her dogs, Cooper and Bertie.
More From Alison Hadden