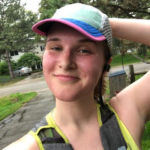 Ingrid is a trail runner, avid skier and newly inducted into the world of mountain and road biking. Over the past few years, she has done anything from a 5km trail race to a half marathon. Ingrid has also been fortunate enough to run through some of the most beautiful trails Canada has to offer while also running across fjords in Norway. When Ingrid is not immersing herself in a new or old sport, she is always writing and trying to break into the world of sports and media whether that is writing for a publication or working with a production company. Her ultimate goal is to produce stories centred around women and untraditional sports in media since she believes its imperative for stories to be told from a female perspective and from under-represented sports communities.
More From Ingrid Gerol 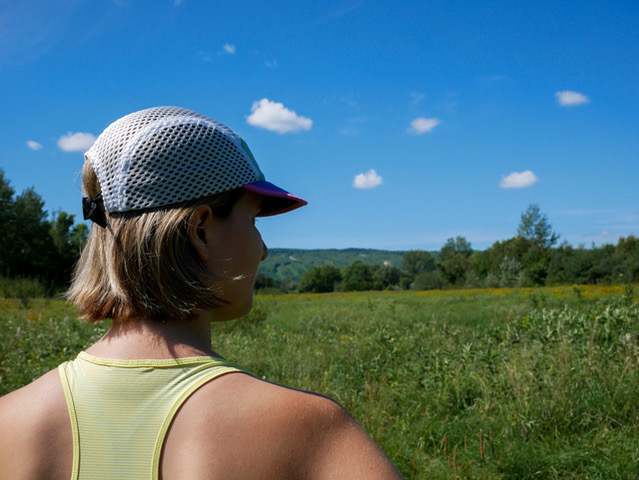 Traumatic experiences are inevitable in our lifetimes, this is just the unfortunate truth. Every person’s experience is different including how you and I process it. For some, grief can be utilized as an agent of strength. For others, it can cripple them for days, months or even years. However, we have the opportunity to turn that facet of pain and suffering into a positive ingredient that can change our lives. Running through pain became the ingredient that allowed me to move forward with my life and through my crippling experience with death and grief.

In August of 2018, my best friend of 11 years passed away after three, excruciating long years of battling cancer. Immediately after Sue’s passing, there was a period where I felt nothing. I took one day off of work and jumped right back into my life as “normal”. At the time of her death, I was heading back into my final year of university, making a documentary, starting a new part-time job as well as balancing my new relationship. Perhaps there was no time for me to process the loss of my best friend or maybe I didn’t want too. I believed to a certain extent that I could outrun my emotions. I was very wrong. My grief was dormant but that time would pass. After the initial three months after her passing, I stopped going to the gym and doing physical activity altogether. For those who know me, they knew it wasn’t normal. My appetite had vanished and I didn’t know what a good night’s sleep was anymore. My fear was not falling asleep, it was waking up and learning that someone I loved had died. I learned that Sue passed away in the night after waking up, which is not an uncommon experience. All of this might sound insane and overboard and that’s because it was! I was slowly falling into this chasm of an emotional catastrophe.

Following those first three months, December through to March were some of the hardest months of my life. I would constantly think about Sue. Going to class didn’t appeal to me anymore and having emotional breakdowns in the electrical room at work seemed like the only way to get by. I still vividly remember being crouched in the corner of the room, the lights off, hoping no one would hear. I also desperately wished someone would attempt to comfort me but I knew that even if someone tried, they would fail because I wouldn’t let them succeed. Eventually, it all caught up with me. Then came the point where this cycle of guilt and grief was not sustainable. I was being consumed by it and something had to change

Since sleeping was too unbearable, the only thing I looked forward to was the sunrise every morning. It signified that I had made it through another day. It became my hope. Hope turned into motivation to earn every sunrise.

And how would I do that? By running.

My mornings started around 4:30am where I would take my time to appreciate those first few minutes to fully wake up and look out across the city of Toronto. That feeling of knowing you’re trying to better yourself while others sleep is a powerful thing. And the fact is that running in downtown Toronto past 8am is absolutely miserable. Next, I had to find a location that would allow me to enjoy my sunrise in peace, alone. The view from my apartment on Bloor St W and Spadina gave me the answer, the water. The distance to the Lakeshore is roughly 4 to 5 kilometers, manageable for someone who is trying to pick up running again while also attempting to put her life and herself back together again. When I finally worked up the mental strength to pull myself out of bed and put on my running shoes, I didn’t realize that on April 4, 2019, running would help save my life.

Those early morning runs that lasted no more than hour gave me essential time to not only focus on myself, but to focus on my surroundings like my pace, the road or trail, the sounds, the sights and yes, the smells of the city. Running became the ultimate distraction. Over time I realized and was comforted by knowing that I slowly stopped beating myself up with guilt and grief. What spurred from my sunrise runs was a commitment to uplift myself with confidence.

Slowly, I was able to gather physical and emotional strength with every step that I took. I even made the choice to not listen to music in the early stages of my running. Actively thinking and being aware of my surroundings was an important decision because, since Sue’s passing, I did everything in my power to deflect my true thoughts and feelings. I wanted to hear my footsteps hit the pavement, the rustle of the bushes along the trail, and my breathing. The exertion of my power to move forward with speed and sometimes grace.

From this blossoming confidence, I committed to running two races in the summer and fall. The first being the Oak Ridges Adventure Relay. It is broken up into 14 stages that span 160km of water and trail in Southern Ontario. I competed with my friends at work where I ran roughly 15km in the two legs that I ran. Up until this point, it was the farthest I had run in a day. After having the most memorable time with the greatest support, I was looking to push the envelope further for myself. That is when I came across the Scotiabank Toronto Waterfront Half-Marathon. Coincidentally, the date of the race fell on my birthday on October 20. I’m not one to celebrate my own birthday and if I did, it would always be with Sue. It seemed fitting to ring in the day by myself, for myself, and with Sue every step of the way.

To date, it was the most painful thing I have done in the realm of sport. The chaffing on the inside of my thighs was so bad that they bled. On the other hand, it was one of the highlights of my life. After embracing the suck for what felt like ages, I crossed the finish line at 2 hours, 35 minutes and 13 seconds. It was certainly not the fastest time but I can say that I am still proud of what I accomplished since I know how many sunrises I put into making that happen.

Looking back on the last two years of my journey with grief and running, I’ve arrived at a place where I am at peace. It brings me so much comfort to say that, seeing as I never thought I’d be able to pry myself out of the empty and lonely space I occupied for so long. To this day I still use running to escape my grief from time to time. I find no shame in it anymore. The roads and trails have taken me further than I ever thought they could. I hope others can find the same solace that I have found running. You might find a way to overcome unimaginable hardships whilst allowing yourself to find self-confidence. The place I am in now allows me to look forward to my runs and the fact that there are many sunrises I still have yet to see.

Ingrid is a trail runner, avid skier and newly inducted into the world of mountain and road biking. Over the past few years, she has done anything from a 5km trail race to a half marathon. Ingrid has also been fortunate enough to run through some of the most beautiful trails Canada has to offer while also running across fjords in Norway. When Ingrid is not immersing herself in a new or old sport, she is always writing and trying to break into the world of sports and media whether that is writing for a publication or working with a production company. Her ultimate goal is to produce stories centred around women and untraditional sports in media since she believes its imperative for stories to be told from a female perspective and from under-represented sports communities.
More From Ingrid Gerol