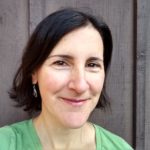 Meredith Zaccherio is a lover of the outdoors with diverse interests. After moving to Colorado several years ago, she discovered running in the mountains and the fun-loving community which surrounds it. With her career in the environmental sciences, she appreciates every opportunity to savor time in nature. She also loves to train and compete at distances from the 5K to (rarely) the marathon. Besides trail and road running, Meredith also enjoys swimming, biking, weight lifting, hiking, and of course, corn hole. Her nonathletic pursuits include knitting, gardening, polar plunging, and taste testing all the veggie burgers in Boulder.
More From Meredith Zaccherio 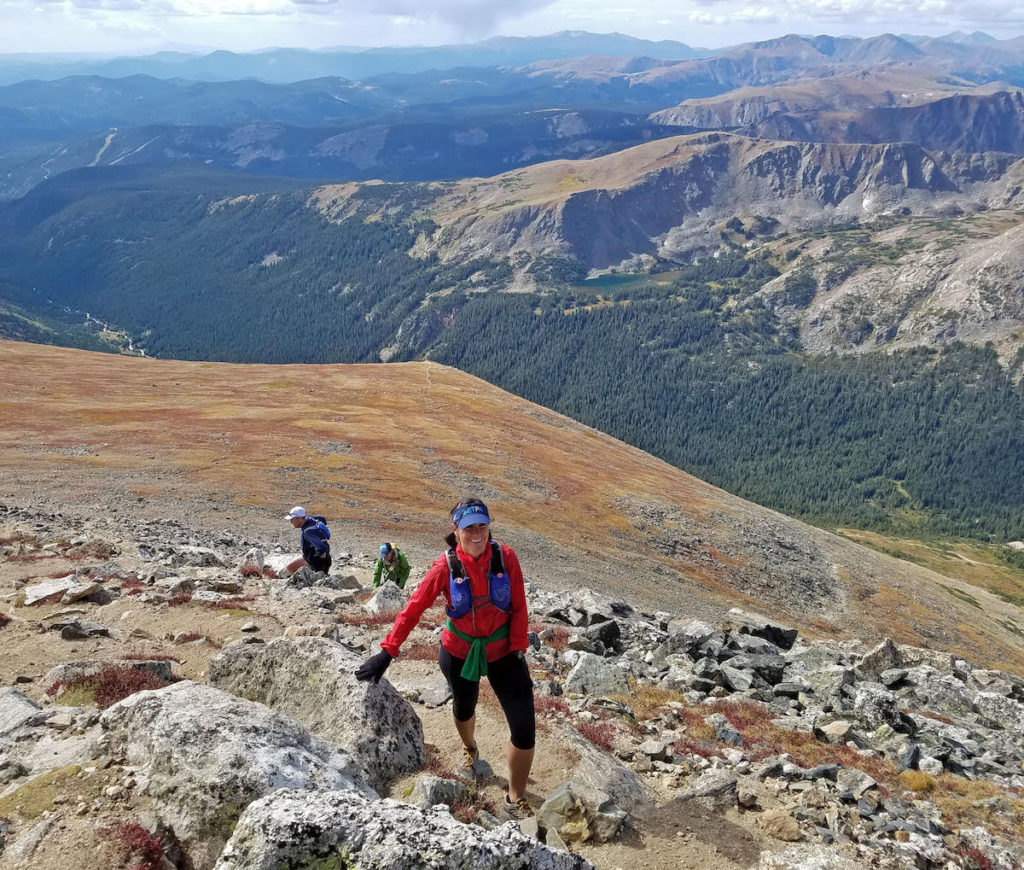 I always thought not having a period would make running — and life in general — a lot less complicated. Turns out, I was wrong.

When my partner and I decided to try to have a baby last September, I chucked my birth control pills into the garbage and carried on my merry way. I didn’t have a very regular period prior to going on birth control, but I was hoping to have some symptoms of ovulation soon or at least a period. I was starting to train for a half marathon at the time, which is a pretty standard distance for me. Having heard that too much running can throw off a regular menstrual cycle, I decided to keep my mileage on what is the low end for me (25-30 miles per week). One month passed, two months passed, nothing. Christmas came and went. I figured I just needed to be patient, that it was just taking time for my hormones to normalize after being on birth control. Everyone I talked to seemed sort of baffled – I wasn’t running “too much”, whatever that means, and my weight was in the middle of the suggested range for my height.

I checked in with my OB/GYN, who was similarly confused by my lack of period. She had me undergo a battery of tests. My hormone bloodwork came back normal, an ultrasound for polycystic ovary syndrome (PCOS) came back fine, and there were no structural issues. I mentioned to her that I was training for a half marathon and her response was, “yeah, I guess you might want to back off a bit”. It seemed to me like she acknowledged this could be an issue, but wasn’t fully convinced that reducing my running would help.

But once the New Year came and my period hadn’t returned, I was determined to do something different. But what? My race was at the end of January, so I decided to reduce the volume and intensity of my workouts even more after the race. I also sought input on the appropriate training load from a coach I was working with. And by chance, I saw an Instagram post by a local running store that they were having a sports dietitian speak about amenorrhea (i.e., not getting your period) in athletes. I missed the talk, but reached out to her immediately since as an elite runner and registered dietitian, she might have answers.

In my first session with the dietitian was in mid-January, it became clear to me that my lack of period was probably due to more than just my hormones taking time to normalize. In contrast, I was likely suffering from relative energy deficiency in sport (RED-S). As summarized quite well in this article, RED-S is a condition whereby an athlete, male or female, does not consume enough calories compared to the amount of energy expended. Besides a lack of menstrual cycle, symptoms include frequent injury, illness, fatigue, and reduced performance. (As it turns out, I didn’t actually have any noticeable symptoms other than a loss of menstrual cycle.) Long-term consequences include bone loss and heart disease, among other issues.

But I thought RED-S is for really high mileage and skinny runners?? That is not exactly how I would describe myself. As it turns out, RED-S is not necessarily about your weight or amount you run, but it is an energy deficit regardless of these factors. Some people only need a slight but consistent calorie deficit to throw their body off and experience symptoms of RED-S. To recover, there are those who go “all-in”: stop exercising entirely and eat a ton. I knew I wouldn’t feel comfortable with that approach, so I decided to do it more gradually. In the coming months, I worked with my dietitian on a biweekly basis to increase my food intake and diversify my intake by adding more fat. The book, No Period, Now What? by Nicola Rinaldi became a resource for all of my questions. I highly recommend it, but be forewarned: the book advises cutting out nearly all exercise and eating 2500 calories per day.

After my half marathon at the end of January (a challenging road course that I was just happy to survive!), I got sick for two weeks almost immediately, forcing me to spend a good amount of time in bed. Once I recovered from that illness, I went from running 25-30 miles per week, including two speed sessions, down to 15 miles per week, all easy. I continued strength training 3x per week like I had been doing.

As it happened, four weeks after the race, working out about 50% less, eating about 200 more calories per day, and up only 2 pounds, I got my period back. Well, that didn’t take long! But it certainly wasn’t the end of the story.

I continued a reduced training regime and increased food intake, but my cycles were long… my second period came in 45 days, and the third in 60 days. This was a pretty hard time for me, unsure how much I could run and not wanting to push it too much. I felt like I couldn’t participate in social running activities that I liked to do, for example, a harder weekly trail run or a long run with friends. Between my uncertainty about training and the loss of my social running connection, I was a little lost. Then came the onset of the COVID-19 quarantine restrictions, which exacerbated my feelings by further limiting my social contact. I continued to see my dietitian who supported my conservative approach. Interestingly, she said I could run more if I wanted to as long as I adjusted my caloric intake accordingly. I was afraid, though, that doing so might extend the timeframe for recovery, so I worked with her to keep tweaking my diet, gradually adding more calories. Besides her wealth of knowledge, her support and encouragement were invaluable.

Finally, after nine months on this journey – five months of waiting for my period plus three irregular menstrual cycles – I got pregnant in June!

If I’ve learned anything, it is this: RED-S can really happen to anyone, at a variety of training intensities and body sizes. I found it helpful to think of RED-S as an energy deficit, not strictly related to my exercise or weight. Working with a sports dietitian was critical to my success. She opened my eyes to RED-S and was an unbiased counselor who supported me when I struggled. Having access to a coach who I could ask training-related questions was also useful when I felt uncertain about how much I could or should be exercising. With these two experts to support me, I was able to continue training to some degree, a strategy that may work for others depending on the severity of RED-S.

In retrospect, there was no magic bullet or grand resolution to my struggle with RED-S. Having taken a somewhat experimental approach, I was never sure whether what I was doing (or not doing) was enough. No one could give me a guarantee about timeframes, like if I did X, then I’d get my period back in X months. I never regained a 28-day menstrual cycle and I got pregnant before I was able to resume running at the level that I was previously. And as frustrating as it was not knowing when my next period would come, we were fortunate to conceive not long after getting my period back. Many things worth doing and having in life are not necessarily easy: training for a marathon, buying a house, building a career, and to this I’d add: having a menstrual cycle. Now at just 14 weeks pregnant, I’ll have to get back to you about the whole having a baby thing.

Meredith Zaccherio is a lover of the outdoors with diverse interests. After moving to Colorado several years ago, she discovered running in the mountains and the fun-loving community which surrounds it. With her career in the environmental sciences, she appreciates every opportunity to savor time in nature. She also loves to train and compete at distances from the 5K to (rarely) the marathon. Besides trail and road running, Meredith also enjoys swimming, biking, weight lifting, hiking, and of course, corn hole. Her nonathletic pursuits include knitting, gardening, polar plunging, and taste testing all the veggie burgers in Boulder.
More From Meredith Zaccherio