Homepage / Community / Don’t Do as I Did

Don’t Do as I Did 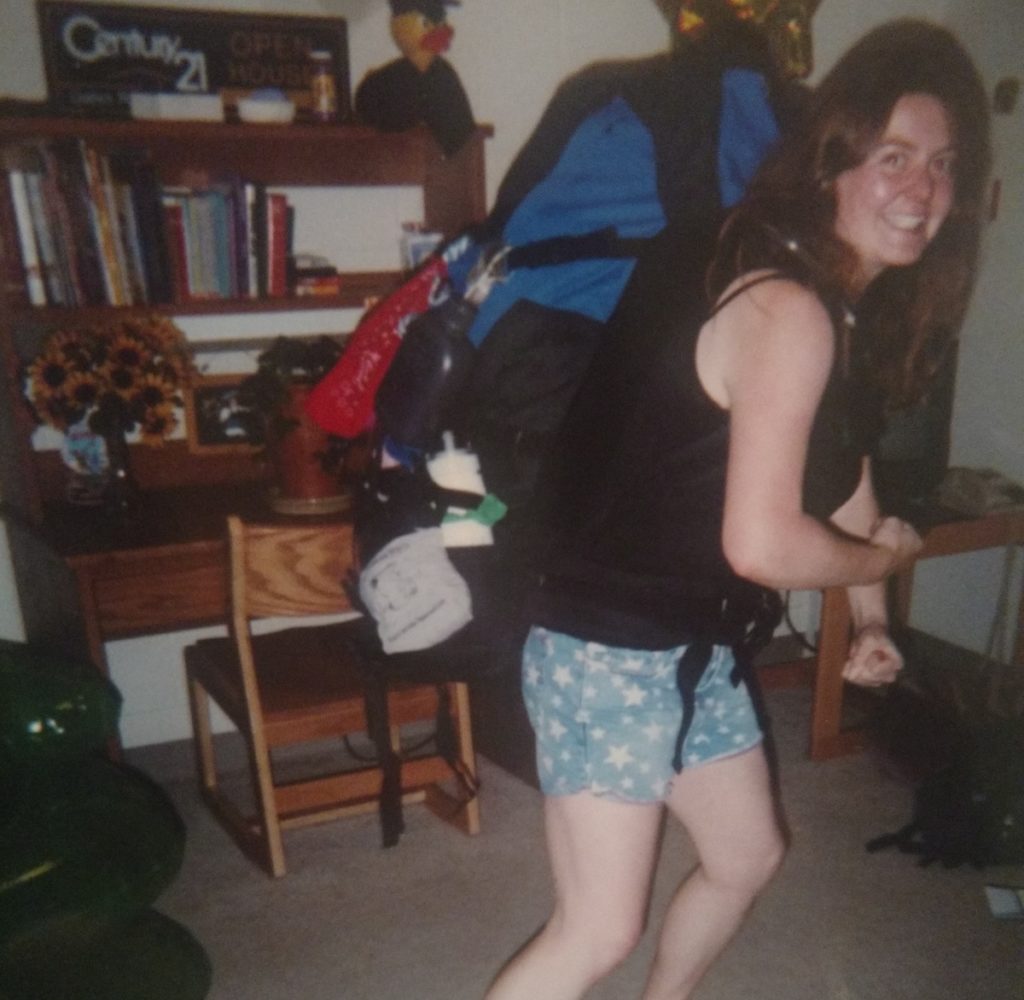 When I started backpacking, I didn’t know anything. I’ve learned a ton over the years from observing others and through a lot of trial and error. I honestly believe that making mistakes and learning from them is one of the best ways to learn. However, I also wish I’d had a mentor to show me the basics before I went out and floundered around in the woods. So, today I’m going to share the five biggest mistakes I made starting out. Hopefully you’ll find them helpful or amusing!

#1 All the Wrong Gear

Gear is tough. What works for one person may not work for another and the best way to determine your individual gear set-up will always involve trial and error. However, I can tell you the things I brought that absolutely shouldn’t be on anyone’s gear list. I started backpacking by borrowing gear from friends. This is definitely a good way to go so you can find what you do and don’t like before you buy. However, be sure you’re borrowing appropriate backpacking gear, rather than car camping gear. My first backpacking trip I carried a giant family-size car camping tent because I didn’t know the difference. On my second backpacking trip I carried a cast-iron skillet. Seriously, just don’t go there. On my third backpacking trip, I was instructed to carry a bear bagging rope, which is really more of a utility line. I carried an actual rope…from my parent’s barn. It weighed 3 pounds. And last, but not least, what you do carry is also as important as what you don’t. I didn’t carry a sleeping bag because I thought it would be warm enough in the summer to go without. You always need a sleeping bag/quilt/liner, trust me.

I started backpacking in the Grand Canyon during the height of summer. I can’t imagine a more magnificent place to start experiencing the natural world on a deeper level. I also can’t imagine a more difficult one. I ran out of water a lot and had some close calls. This was primarily because I’d previously never been active and had no concept of fluid needs while moving. I doubt I even knew how much to drank sitting around the house. Sweat rate varies a lot from person to person and ideally, you’ll determine yours prior to setting out on a longer adventure (there are plenty of calculators online). But knowing how much water you need to replace is only half the equation. Knowing where you can get more water along the way is just as important. This is the part that actually requires research and planning. In arid places such as the Grand Canyon water sources are few and far between. They are also unreliable. You have to be prepared to carry more than you need and have your map marked with plenty of options. Anytime you go on a trip that’s more than a day, plan your water strategy before leaving home and carry extra just in case a source is dry.

I started the Appalachian Trail in 2003 with 14 days of food. I was going northbound and the first place you can acquire more food was only 31 miles into the trail! Two weeks of food is an enormous amount and usually unnecessary. Even extremely remote areas often have resorts or outfitting services who will accept mail drops. That said, it’s always smart to carry some extra rations, but typically no more than an extra day or two of food.

#4 All the Wrong Food

Hand in hand with carrying too much was the type of food I was carrying. I had gallon bags of plain quick oats and plain instant rice because I’d read that hikers ate oatmeal and rice. I can assure you that it didn’t take long for me to throw that out and buy food that was actually appetizing! Bring food that is nutritious, calorie-dense and tastes good. Often exertion can be an appetite suppressant and if your food isn’t appealing it will make it even harder to eat. Don’t pack foods because you think you should eat them, pack foods you want to eat. And don’t forget the mini-spice kit!

Turns out, fears can be heavy. If you were to examine the contents of my backpack when I started the Appalachian Trail in 2003 you’d easily deduce that I was afraid of being hungry (see above) and being naked. Or something along those lines. In addition to those two weeks of food I had seven t-shirts and three pairs of pants/shorts! For reference, most thru-hikers carry one set of clothes to hike in and one to sleep in. A few will carry a town shirt too. I will say though that all those clothes came in handy those first two weeks when I was freezing without a sleeping bag!

When helping people with their packs at the start of long trips I can often pinpoint the things people are afraid of by the preponderance of related items in their backpacks. Classic examples include too much food and/or water, too many clothes, too many electronics, too complex and voluminous of a first aid kit. At the core, backpacking is about moving through nature and experiencing it in a more intimate way. Bring what you need to be there, but don’t pack for every wild contingency out of a sense of fear or a long list of what-ifs.

As it turns out, even without a clue, I ended up making it through my solo backpacking trips in the Grand Canyon, as well as thru-hiking the Appalachian Trail. I made so many mistakes along the way, but in the end, they made me wiser and smarter. In addition to the handful of stories above, I recommend new backpackers (and all outdoor enthusiasts) check out lnt.org for information on how to respectfully travel in wild places.