Homepage / Community / Blood Clots: My Experience and Overcoming It

Blood Clots: My Experience and Overcoming It 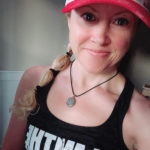 Meredith Taylor has been running since college and discovered ultras in 2013. When she’s not working in technology, running, or riding bikes with her husband in Virginia, she’s passionate about coaching other runners. You can find her on Instagram at @runmererun or @relentless_pursuit_endurance. More posts from Meredith can be found at www.relentlesspursuitendurance.com
More From Meredith Taylor 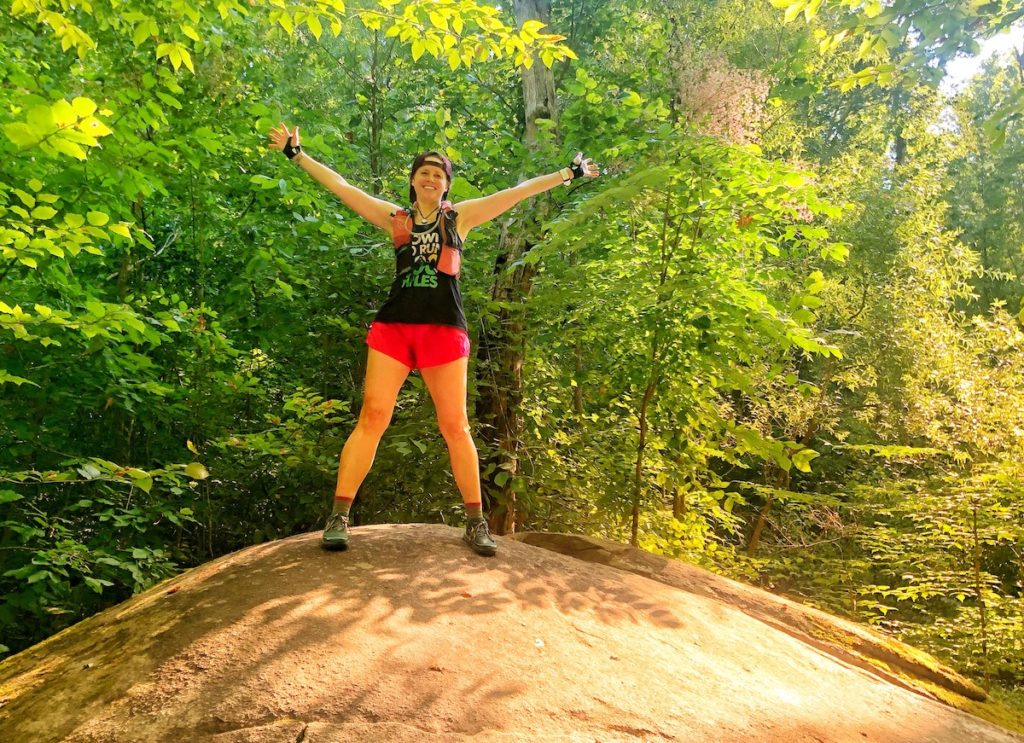 As runners, you know your body better than most people do, and running through aches and pains is a “normal” thing.  Although not always the best thing.  When your instincts fail you and you learn that there may be more going on in your body than you realize, all you know about yourself goes into question.

A couple of years ago, I was running strong and had just completed my first 100 miler earlier that spring. That November, I started to notice some changes that should have been warning signs. My energy levels began to decrease, and I began to have tightness in my chest when I was running. By January, my runs had gotten so difficult I couldn’t run a quarter mile without struggling to breathe and my heart rate was higher than normal. Finally, I saw my doctor who thought it was a lung infection or a virus. As a runner your heart rate is usually pretty low, during my exam, mine was “within normal limits.” He put me on some medicine and an inhaler but by the next week, I couldn’t tell much of a change.

One morning I went for a run and got a sharp pain in right calf so I stopped and did all the runner things – stretching, foam rolling. I thought I just pulled something. The next morning I was to have a checkup with my GI doctor who sent me straight to the ER. The ER doctor found I had two blood clots in my leg, Deep Vein Thrombosis, and multiple bilateral pulmonary embolisms. She told me how lucky I was to be there and that my lungs were sprinkled with small clots.

They immediately put me on IV blood thinners and eventually transitioned me to an oral blood thinner.  The doctor’s initial thought was that this was caused by my birth control, which I was taken off of immediately, but the doctor also did some genetic testing to confirm whether I had any blood disorders. After almost a week in the hospital, I was sent home, and recovery began.

The genetic testing came back all clear so the cause was confirmed that it was due to my birth control and I could go off the blood thinners after about 6 months. After given “all clear” from my doctor I was allowed to start running again. It felt amazing to be able to run without having trouble breathing.

I eventually began training again and set my sights on my second 100 miler that fall. But on blood thinners, this was new territory. Recovery time increased, I had to carry a first aid kit at all times in case I fell due to increased chance of bleeding, and compression socks became my norm.

In my June checkup, my right calf was still noticeably larger than my left. More tests showed new clots along with the old clot from January. I was put on blood thinner shots for a month and switched to a different oral blood thinner. Additional genetic testing still showed normal. It was frustrating to be told the cause was more than likely the birth control but still not know for sure since I was still producing clots. I was allowed to run as long as I had no pain but I needed to stay on the blood thinners.

There’s not many studies out there on runners with a history of blood clots doing ultramarathons. I saw a sports medicine doctor who did testing on my lung capacity, which was normal.  I was training strong and all my tests showed I was doing well.  So there wasn’t anything saying “I shouldn’t do it”.  I went over all possible scenarios with my race crew – I needed to take my medication at certain times, wear compression sleeves, carry a first aid kit.  I was able to finish my race thanks to my great crew, my supportive family, my doctors that ensured I was in the best condition.

Throughout this experience I learned I need to be an advocate for my own health. I couldn’t trust my instincts.  As a runner, sometimes your stubbornness to push through pain can override your instincts that something isn’t right.  I also learned that despite these hardships with my health, I wasn’t going to let these things keep me from being the runner I used to be.  Blood clots can go untreated in athletes due to the adaptations their bodies have made to their sport. When you compound that with the risk of clots from birth control, women need to know what to look for. I had been on birth control for over fifteen years and never had an issue. The chance of a woman getting clots from their birth control is very low, but know your risks and educate yourself. I learned a lot from the National Blood Clot Alliance website.

Meredith Taylor has been running since college and discovered ultras in 2013. When she’s not working in technology, running, or riding bikes with her husband in Virginia, she’s passionate about coaching other runners. You can find her on Instagram at @runmererun or @relentless_pursuit_endurance. More posts from Meredith can be found at www.relentlesspursuitendurance.com
More From Meredith Taylor