A Quiet Loss: One Trail Runner’s Experience with Miscarriage 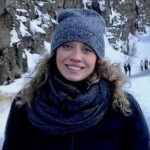 Raelynn Zappulla Bauer is a trail runner and lover of all things outdoors from Philadelphia, PA. When she’s not working her desk job, she’s can be found cooking, playing in the garden, plotting the next adventure or telling her dog, Bruno, that he’s a very good boy. You can find her on Instagram at raelynnbianca.
More From Raelynn Zappulla Bauer 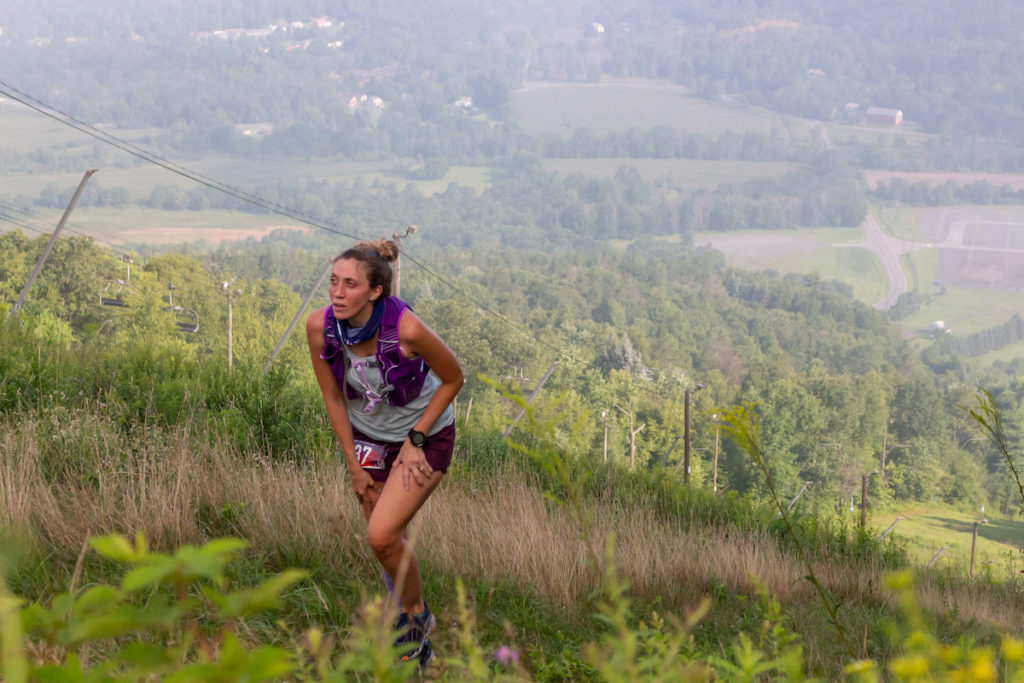 Brave is something I have been called a few times. Once, when I was about to run my first hundred miler – Grindstone 100. Second, when I attempted Lavaredo Ultra Trail after an agonizing DNF at my first attempt. And most recently when I shared publicly that I was miscarrying my baby.

My husband and I fell in love on the trails. Over long training runs, we would talk about how we saw our lives progressing and it always involved children and a life in the outdoors. For a long time before we got together, I questioned if I wanted kids. I was in my mid-30s and single, swiping through disappointing dates and failed relationships. This may not be in the cards for me and I reasoned with myself on why it would be ok. I liked having my freedom. I liked spending my hard-earned cash on myself and not diapers. And sure, I could do it alone, but I didn’t want to. I eventually realized it wasn’t so much a question and more of a justification.

Fast forward to this past September, it would be only fitting that I noticed my first pregnancy symptom while I was on the trail. I came home after a morning hike with some friends and took a pregnancy test. Pregnant. I took three more tests just to be sure. Still pregnant. I was ecstatic. There was not a doubt in my mind that this is what I wanted, and I can’t believe I ever tried to talk myself out of the maternal craving I had always had. Scrolling through Instagram, I noticed a few ultrarunners I looked up to were also pregnant. “Good company” I figured.

Pregnancy hit me like a truck as far as symptoms go. Luckily the only one I didn’t have was constant vomiting. Even only a few weeks in, I would get winded going up the stairs, needed to sit down from the non-stop back pain, exhausted from insomnia and then once I feel asleep, having to wake up to pee. Going for a run was at the very bottom of my list of things I wanted to do. My due date would be May 31st and I had made peace with forfeiting my entry fee for the 100k I was supposed to race in the first week of May.

I shelved my plans for races with ITRA points for my third visit to Lavaredo. I became comfortable with the idea that my long days training with my husband would be replaced with shorter hikes together. I was really looking forward to wobbling around, big pregnant belly, at race aid stations waiting for him to come in but there was a sliver of me that was disappointed it wouldn’t be me, wobbling into the aid station because I was beaten up from the downhills. Don’t get me wrong, I wanted to be pregnant and I wanted this baby more than I can describe. I guess my problem was that I wanted it all.

Around my 7th week of pregnancy, I had a few days where I felt pretty good. Deep down, this worried me. The following week I’d have my first prenatal appointment and ultrasound. I was excited but nervous. Maybe in my gut I knew something was wrong. Because of COVID-19, my husband wasn’t allowed to join me in the room for the appointment. I laid on the table, holding up my phone so that he could join us via FaceTime. The jelly felt cold on my stomach and I made a small gasp as I stared at the old ultrasound machine. “There it is,” the doctor said, and I glanced at my phone, hoping my husband could see. The doctor was quiet. He took several measurements and eventually said “I should be able to see a flicker here.” The doctor explained that the baby seemed to be measuring a bit small but there is a chance that I was not as far along as we had thought. Seeing as though we were doing ovulation testing, I had a pretty good idea of when we conceived but sure, I’ll go with it. I’d have to have a transvaginal ultrasound as soon as possible which would give us a better idea of what was going on.

I got dressed, met my husband outside, and cried. I spent the rest of the day on hold with different offices trying to get an appointment for the following day. At the next appointment, I was met with more silence. The second test confirmed with vague certainty that our baby had passed but also offered a cruel glimmer of hope in that, perhaps, our measuring dates were wrong much like my doctor said. I’d have to wait another week to find out for sure. The time in between appointments was tough. Friends and family offered us well wishes of hope, certain that this was just an error, and everything was fine. I spent so much time that week googling for situations like ours that resulted in positive outcomes. I found sad story after sad story and should’ve known that sound medical advice rarely comes from Dr. Google. We needed a heartbeat. I tried to boost my own. I laced up my shoes, ready to run for the first time in weeks. Maybe… maybe if I could raise my heart rate by running it would act as a defibrillator for my little baby. Many people in this situation would’ve chosen prayer, but I went to church on my local trail.

My efforts didn’t take. Our baby had died at six weeks and I was experiencing a missed miscarriage. My body still thought it was pregnant and aside from those few days where I didn’t feel pregnancy symptoms, there was no sign of anything wrong. My doctor prescribed me Misoprostol which would jump-start the miscarriage process that would last for two weeks in my case. It’s months later now and I’m still grieving. I’m back on the trails, rebuilding back the broken pieces of myself. I feel foolish for ever being disappointed about missing out on runs or races. I know I am not alone in this.

One in every four women experiences this type of heartache. One in four must figure out how to move on. It’s hard to say goodbye and mourn a child you never got to meet. I see the pregnant women and newborn babies around me, on my feeds, and I am happy for them. But I’m also envious and sad for myself. And I’ll keep moving through this space, with one foot in front of the other. Maybe those steps will lead to motherhood and maybe they will lead to another long day on the trail. I’m hopeful for both.

Raelynn Zappulla Bauer is a trail runner and lover of all things outdoors from Philadelphia, PA. When she’s not working her desk job, she’s can be found cooking, playing in the garden, plotting the next adventure or telling her dog, Bruno, that he’s a very good boy. You can find her on Instagram at raelynnbianca.
More From Raelynn Zappulla Bauer