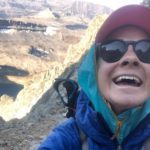 Hi, Keeks here! I love mountains, candy, and teeth (soon to be dentist)! The fun meter is always cranked to the max when I climb mountains! Currently I live in Utah, going to dental school and exploring whenever I can! I am born and raised from Alaska! I love dad jokes and singing on the trail! I can’t wait to meet some of my new sisters!!
More From Kianna Wika 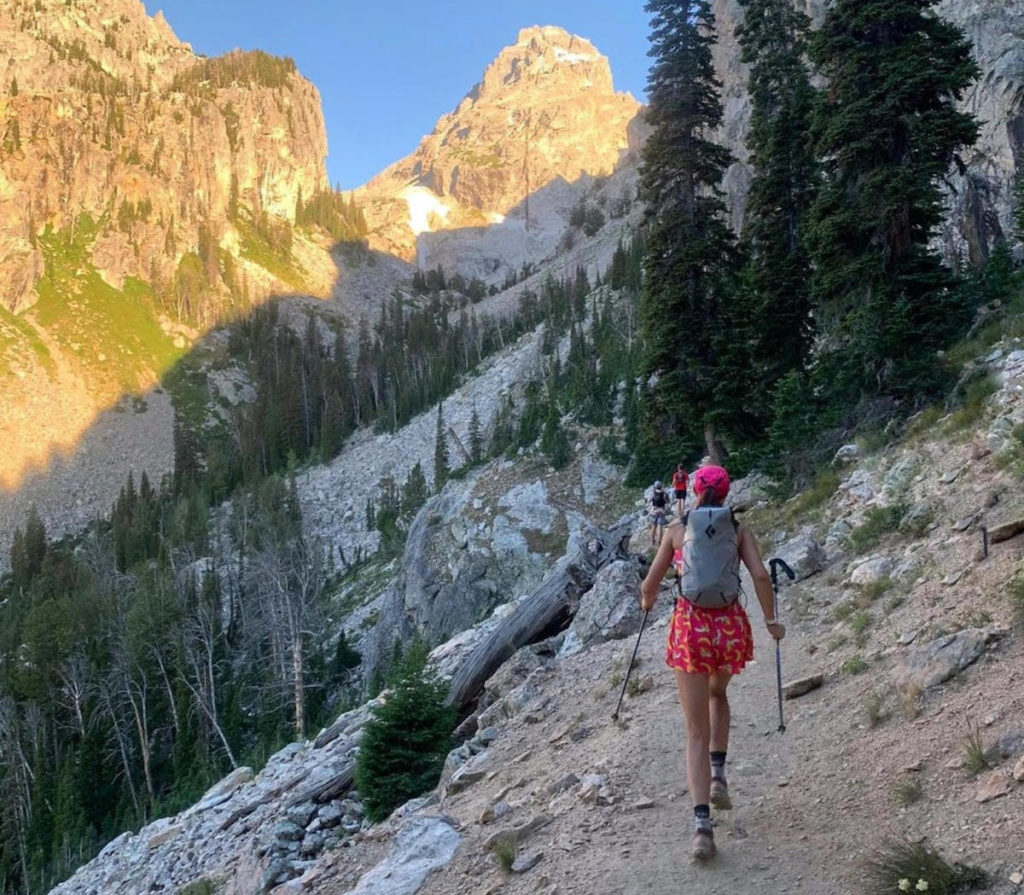 The sound of my 4:00 am alarm clock alerted me to start my adventure. I slowly peeled out of my sleeping bag, and opened the back door to my Subaru. In the middle of September, it was 30 degrees and I was about to embark on a solo mission up the middle Teton.  As I got ready, I had a bag of emotions rolling. I was very excited to climb this beautiful and majestic mountain, but I was also nervous. This was my first larger solo mission, and I was nervous about the unexpected. How exposed will this mountain be? Will I get lost, even though I have a map on my watch? Do I have enough layers and water? I was alone, no one to confide these questions with, or help me summit if this mountain became more technical than I anticipated.

I also thought about my previous failed attempt up the Grand Teton, where my legs became stuck in between two rocks during an exposed section called the belly roll. After becoming unstuck, I broke down and could not summit. This experience has really stuck with me as I surrendered to this mountain. At the time, I hated that I failed, but I knew that one day I would be back and I would summit the Grand Teton.

The word failure has such a negative connotation. I have learned that it’s okay to fail; in fact, this is where you learn the most about yourself. So today, I intended to let the fear of failure go, and planned to flow with the day. I let go of any expectations and doubts I had the second I started running in the darkness.

As I approached the meadows with the sun rising on the middle Teton, my jaw dropped. What a majestic mountain! The sun hit the long black dike that clearly distinguished the middle Teton. This mountain was thousands of years old, standing still in time. Letting people climb and play on it for years and years. I thought about all of the adventure seekers who have climbed this mountain, and what their experiences might be like. Then, I thought to myself, “I can’t believe I have the ability to climb this!”

Whenever I play in the mountains, I always feel grounded no matter what chaos is going on in life. I feel still as I move one foot in front of the other. I feel present with the morning sun on my back and the grass beneath my feet. As I crossed the stream and headed up the boulder fields, I pretended that I was a child jumping on big rocks. I reached the saddle, looked over, and I was stunned! I saw mountains along with the Blue Ice Flow Lake. I was feeling very stoked- now it was time to summit! As I made my way up the Southwest couloir, I felt like a monkey! Once I was able to reach the top, I could view the Grand Teton and it was breathtaking.

On my way down the couloir, I kept thinking “Woah I journeyed up this large mountain by myself!” I became very nostalgic as I leaped through boulders descending downhill. This summit gave me the confidence to adventure solo more often! I was feeling everything so much more vibrantly than if I was with others. I became more at peace with life and being present in the moment.

As I descended down, I could not believe I did it! I was proud of myself! Letting go of fears and doubts that can hold an athlete back is no easy task. No matter how big or small the fear might be! As I boulder hopped, I felt gratitude towards life! I have the ability to move and be in nature! I became so grateful for life, the connections I have with friends and family, and my body to help me push my limits.

Now, I was back in the meadows heading towards the main trail back to my car. I let my stride open up as I ran downhill. As I was running, the sun was fully shining, and I was greeting people as they hiked up to the meadows. Finally, I made it to my car- exhausted but with a grin spread ear to ear!

This solo mission allowed me to recognize the flow of life and to let go of any fears we might have. (Totally easier said than done, but a conscious effort can make a huge difference!) For those who know me personally, they know my daily motto is SEND IT! I encourage this mindset because life is meant for living, so why wait! This adventure taught me to confidently take the solo mission, and to never take life too seriously. Climb that tree like a monkey, leap over boulders, jump in the puddles! Take the solo mission, and embrace life head-on and be present with the precious moments in life.

Hi, Keeks here! I love mountains, candy, and teeth (soon to be dentist)! The fun meter is always cranked to the max when I climb mountains! Currently I live in Utah, going to dental school and exploring whenever I can! I am born and raised from Alaska! I love dad jokes and singing on the trail! I can’t wait to meet some of my new sisters!!
More From Kianna Wika