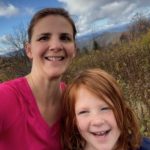 Taylor McNair is a physical therapist in Asheville, NC specializing in getting women back on the trail by getting to the root of their orthopedic and pelvic health problems. She is an Orthopedic Certified Specialist, a Fellow with the American Academy of Orthopedic Manual Physical Therapists and has advanced training in women’s and pelvic health. She enjoys hiking and finding the adventure in every day as she and her family continue to grow roots in western North Carolina.
More From Taylor McNair 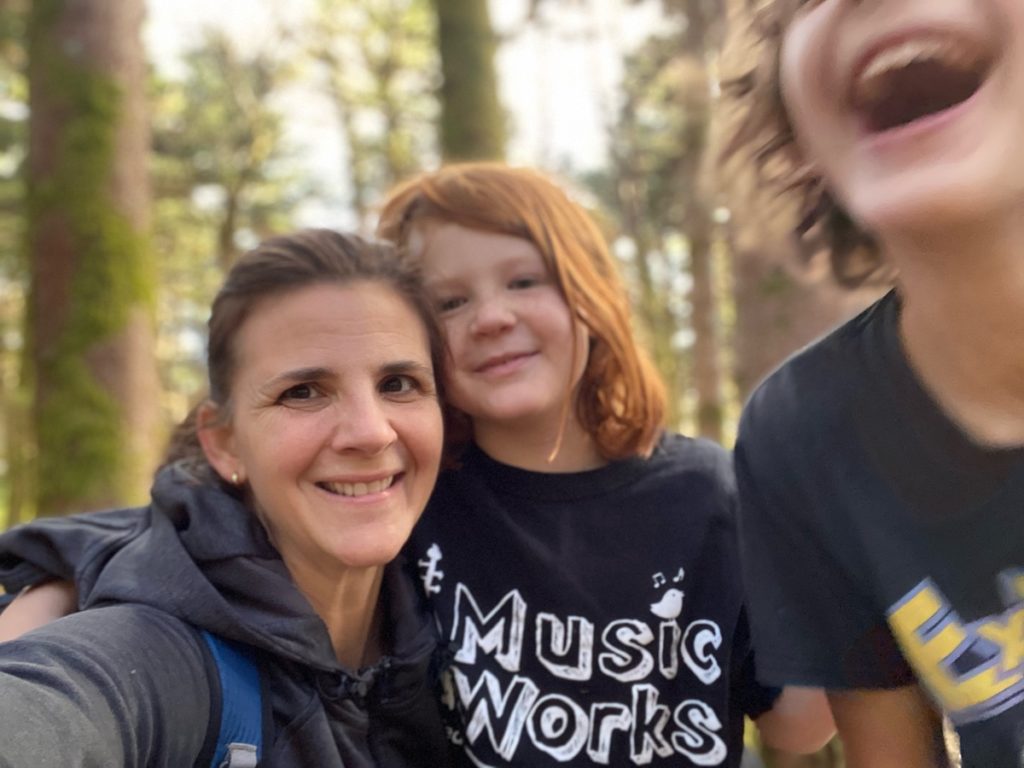 One day, my 7-year-old daughter turned to me and very matter of factly announced, “Mom, you don’t really, like, like adventures.”

Hmm, wha…?!?  My head nearly spun around as I tried to keep myself from spitting out split pea soup exorcist style.

How could this be her perception of me?   What wrinkle in the space time continuum had I slipped into?

At the time she had surmised this about me we were deep in quarantine 2020.  I had been the one, between my husband and myself, whose work hours were reduced to, you know, none.   As a result, I was at home with this daughter and her 9-year-old brother more than I had ever been before, other than their first few months of life.

I was the one helping with online schooling, feeding them 3, 3! times a day, keeping the kitchen clean with all the said feedings, doing my own work for my new business, and mulching and weeding the yard (in part for my own sanity and some time outdoors).

Somewhere along the way, we fell into a routine of my husband and the kids riding their bikes in the neighborhood when he got home from work late in the afternoon.  They all really enjoy their bikes and it was a great way to keep them moving and happier.

I’m kind of ‘meh’ with respect to my bike.  I’m not that into contraptions that make me go faster especially downhill (except of course cars and airplanes-I like those).  I’d rather just walk or run, and this was a nice time to have to myself after hanging all day with the kiddos.

I think this lack of participation is what prompted the comment by my daughter.  Suddenly, I realized: dad’s the cool one.  The horror!

I’m the one keeping them inside, doing their school work, getting dressed, brushing their teeth, cleaning their rooms, etc, etc, etc.

And dad comes home and takes them on bike rides.  Beams of light, choirs of angels trumpeting his arrival, rainbows exploding everywhere, as they escape off to fun adventures, while their hideous ogre of a mother retreats back into the dark solitude of her cave where no good fun ever comes.

Before husband and kids, I loved to travel.  I relished going to far flung exotic places.  Ghana, Thailand, Greek Isles, Peru, India, Hawaii.  As a single person, it wasn’t too difficult to prioritize these adventures in terms of time and money.  And living in New York City, there was always someone else who wanted to go too.

Even after getting, married, we were able to continue this somewhat.

Then…babies.  I know, I know.  Some people can keep up their jet setting lifestyle, but we really weren’t in a position to do so.  And honestly, at the risk of stating the obvious, it wasn’t the same. A five-hour plane ride was no longer a chance to read a great book and crush some crossword puzzles.  It was a logistical nightmare to endure with the hope that there would not be a need for a divorce lawyer at the end of the trip.

I remember mourning this freedom to travel early on after my first child was born.  I remarked at a dinner with my parents in 2010, that it felt like all the adventuring was over.  To which my dad replied, ”You need to watch the movie Up.”

He was right.  The truth was my adventures were just beginning.  They weren’t glamorous anymore and they didn’t make me feel cool or increase my status, but they were adventures none-the-less.  Or at least, if I didn’t want to act like a total jerk, I could choose to see them that way.

I used to save up my money and my time, counting the days to start a new and exciting trip.  Now that life has changed, both personally, and even more so as travel in general has become much more restricted, I try to organize my life so that every day has the potential to be good, not just a few weeks of the year.

When I realized fantasizing about travel and glamorizing the kind of freedom that allowed it was not really helping my cause, I started asking myself, what would it be like if I enjoyed every day’s adventure so much that I didn’t feel like I was missing out on the travel?  Could I do that?

Sometimes I can.  It helps that I live in Western North Carolina now.  Outdoor adventure and nature await around every corner.

The truth is, the time in which I had no choice but to stay home with my kids was awesome.  I’m not saying it was easy, but I appreciated every minute of it.  What my daughter doesn’t see is that just being a mother is it’s own adventure.  I’m not saying it’s the only one I want and I’m sure all the yelling confuses the issue for her, but well, what can I say?

Lest she think that the boys have all the fun out in the big wide world, I dug up my old photo albums (remember those?) and let her see a much hipper version of myself.  Me scuba diving on a live aboard in Thailand, me at a temple full of monkeys in India, me on a floating island in Peru, at the edge of a volcano in Hawaii.

I explain to her that my kind of adventure doesn’t involve my bike like hers does, but that I love them just the same.  (This is another common misconception about adventures.  That they should be fast or involve hurling yourself through time and space.)  That kind has never appealed to me, but the far away ones did.

In order to continue enjoying what my life had to offer, I had to let go of the arbitrary limit I had put on my sense of adventure.

It takes some real intention, but I’m hoping for “this”.  Right here, right now.  Right where I am everyday.  “This” is enough.

In the midst of our deep domestication, we have acquired two cats(in addition to a dog and some chickens).  Their names are Willie and Zora.  Willie has lots of pent up energy.  He paces, cries at the window, jumps up and down off all the surfaces.  Zora, not so much.  She frequently sits back and watches all this calmly from her cozy spot in a cat bed.  She runs around now and then, but it’s not the frantic pacing that Willie exudes.  We could go hours and not really know quite where she is, she is so quiet and content in her surroundings.

“Mom, you’re kind of more like a Zora cat.” my daughter says.  Hmm…okay…I suppose can live with that.

Taylor McNair is a physical therapist in Asheville, NC specializing in getting women back on the trail by getting to the root of their orthopedic and pelvic health problems. She is an Orthopedic Certified Specialist, a Fellow with the American Academy of Orthopedic Manual Physical Therapists and has advanced training in women’s and pelvic health. She enjoys hiking and finding the adventure in every day as she and her family continue to grow roots in western North Carolina.
More From Taylor McNair